Randy David: To disturb, to be heard, to stay undeterred

FUKUOKA, Japan — With more than three decades of work in media, first as television host of a pioneering public affairs program and then as Inquirer columnist, Randy David is not slowing down as a journalist.

He soldiers on, reading and interpreting the signs of the times amid hot-button issues, like rising populism and inequality and climate emergency.

David could have enjoyed more his retirement as professor emeritus of sociology at the University of the Philippines (UP) in Diliman and his rather new “apostolate” — spending time with his “apo” (grandchildren).

Instead, David, now in his 70s, is expanding into a new media platform and even conducting interviews to record the ideas of others to reach a bigger audience, the young.

He recently started podcasting, turning his columns and interviews into digital audio files, which could be downloaded from the internet and listened to at one’s convenience. 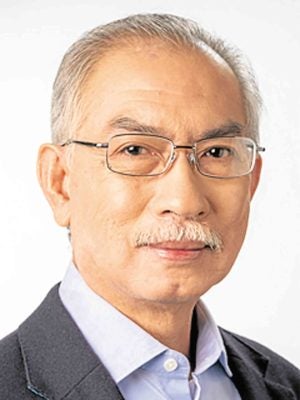 ” They told me, ‘Papa, if you want to reach the millennials, the young people, you have to do podcast’ ”
Randy David
Grand winner, 2019 Fukuoka Prize

‘Skin in the game’

For David, grand winner of the 2019 Fukuoka Prize and the first Filipino to earn the distinction, the role of a writer and member of the intelligentsia is to articulate views that “disturb existing perceptions and awareness of events.”

Taking this role has allowed this grandfather of five to have “skin in the game,” punching holes into Nassim Nicholas Taleb’s assertion that journalists are risk averse and tend to imitate the opinion of fellow media workers just to be safe.

David noted that many journalists all over the world, especially those who do investigative reports, were sticking their necks out, resulting in a number of them being killed.

“These are acts of courage and it’s very important for people to know that there are others who think differently,” he said. The task of writers “is to just keep on writing and not be deterred by the threats,” added David, who is no stranger to threats or arrest.

His residence on UP campus in Diliman, Quezon City, had been fired upon after he had written against somebody in business. It was a warning, he said, because the businessman later informed him: “You’re still writing. Next time I will be the one who will come for you.”

Called a public intellectual and an activist by the Fukuoka Prize, David does not confine his views to columns or the classroom.

While leading a protest march in 2006, he was placed under arrest by the Arroyo administration, which had just declared a state of national emergency, for staging the rally without a permit. The Supreme Court later declared the arrest invalid.

Asked by the Inquirer on Sept. 11 about what makes writing under the current administration different from the previous ones, David said the dictator Ferdinand Marcos for one did not take things personally.

“This one takes things personally. He feels offended and he doesn’t mind insulting you in public,” David said.

If the administration could go after his younger brother, Caloocan Bishop Pablo Virgilio “Ambo” David, who sees things from the lens of spirituality and his role as a shepherd, “I expect that to be done to anyone of us.”

A critic of extrajudicial killings of suspected drug users and pushers, the bishop became the target of personal attacks, death threats and recently sedition charges. 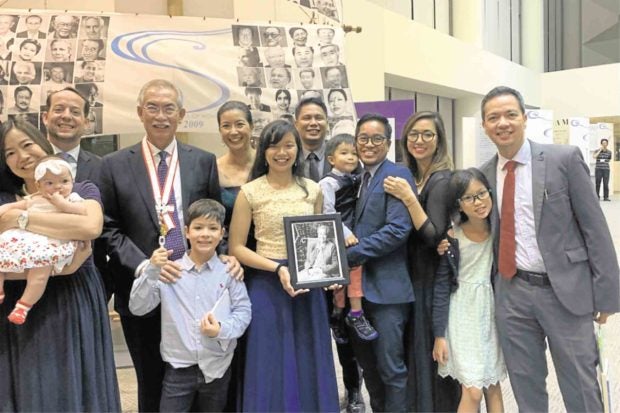 ‘APOSTOLATE’ The grandfather of five came to Japan with an all-family cheering squad when he accepted the prize on Sept. 10. —CONTRIBUTED PHOTO

At a well-received public lecture on “Philippine Society: Searching for development with people in the leading role” at the Fukuoka City Science Museum complex in Ropponmatsu on Sept. 13, David put in perspective the rise of President Duterte.

The former mayor of Davao City, he said, was “able to give full expression to the deeply felt resentment the average Filipino harbors but is too scared to express.”

The President has taunted the ruling elite, corrupt bureaucrats, the Catholic Church, Pope Francis and even God whom he called stupid, as well as defenders of human rights—and yet has gotten away with it.

“Mr. Duterte’s charisma lies in his ability to personify the cathartic release of the anger that Filipinos have long nurtured about their society and its past leaders,” David said.

He pointed to two factors that accounted for Mr. Duterte’s popularity.

First is the Filipinos’ admiration for leaders who showed decisiveness and boldness in their actions. Mr. Duterte’s brutal war on drugs, which has killed thousands in three years, is to the people the best proof of this kind of audacity, according to David.

Second is the element of fear. “People are scared that they could anytime land on the dreaded drug list that the police and local community leaders are ordered to compile,” David said.

He does not doubt the integrity of pollsters that found the President’s trust rating still so high, but suggests that they take into account the climate of pervasive fear in which the surveys were conducted.

David finds it scary that people are applauding Mr. Duterte for the deaths of drug users, his pro-China stand, his appointment of many generals to key government posts and his position on other controversial issues. This is scary because as far as the people are concerned, Mr. Duterte can do nothing wrong, he said.

Mr. Duterte represents populism in which people have lost trust in traditional political institutions but not in the fearless outsider of the political establishment, according to David.

Populism poses a danger because behind it is a strongman touted as the savior, who can be found in the likes not only of Mr. Duterte but also of Donald Trump of the United States, Vladimir Putin of Russia, Jair Bolsonaro of Brazil, Recep Tayyip Erdogan of Turkey and Narendra Modi of India.

Why so many of them?

David believes this new kind of populism has been exacerbated by social media, which amplify polarized politics that thrusts the strongman into power. He used to think that social media were a force of good for having democratized public opinion, no longer curated by gatekeepers in newspapers and television.

But social media have turned out to be an instrument that can be used to manipulate public opinion, sometimes with the aid of machines and trolls, he lamented.

David shared with the audience that Cambridge Analytica, an outfit that harvested data from millions of Facebook accounts of Americans without their consent to promote Trump’s candidacy, had in fact tested its strategy with then presidential candidate Duterte in the 2016 Philippine elections.

Social media have radically changed the landscape of politics, David said, that people who wanted to make a difference in public discourse should take part in it.

Without forgetting traditional methods of organizing communities, unions and new political parties, those who seek social and political change must reach out to the young—university and high school students. “We have to insert ourselves between their ears,” says David, who adds that hope lies in the youth.

This is the context of his foray into podcasting, nudged into the new medium by his children.

“They told me, ‘Papa, if you want to reach the millennials, the young people, you have to do podcast.’”

Young people can listen to the podcast even while they are on a train or bus, or while walking, thus enabling those like David to participate in the new public discourse.

“Unless you are able to do that your opinions will not matter,” he told the Japanese audience.

“Your opinions will only matter if you have an audience and the new audience is on social media,” he said, as he concluded his talk to resounding applause.

The audience’s reaction to the incisiveness of David’s talk prompted Hiromu Shimizu, professor emeritus of Kyoto University who joined Kiichi Fujiwara, professor of international politics at the University of Tokyo on stage with the speaker, to enthuse that David truly deserved the Fukuoka grand prize.

Now in its 30th year, the Fukuoka Prize promotes peace, and respect and tolerance for the diversity of Asian cultures.

It is in this light that the laureate encouraged pupils on his Sept. 13 visit to Haruyoshi Junior High School to go traveling after graduating from university to learn from people of other Asian cultures.

“There is a huge world for you to explore and that is the only way in which we can be tolerant of other cultures,” David said in response to the question, “What is required of us in a globalized society?”

He also wants his grandchildren—age 5 months and 3, 7, 10 and 18 years old—to travel with him when they are a little older and see neighboring Asian countries he visited before, like Indonesia, Cambodia and Thailand. It will be a break, he said, from the colonial heritage of seeing the world from the eyes of Europe and the United States.

His grandchildren joined him and his daughter Kara to the trip to Fukuoka and then to Nagasaki, the second Japanese city devastated by a nuclear bomb in 1945.

The visit to Fukuoka with his grandchildren was on David’s bucket list. “That’s checked,” he said.

Also on the list is motorcycling in Japan, which he plans to do next year.

Asked what he would do with the Fukuoka prize money, David said part of it would go to Kara’s foundation to support scholarship for children of indigenous peoples (Aeta and Mangyan) as well as libraries and day care centers for them.

A portion of the prize money will support Bishop Ambo’s foundation for the college education of students from the poorer towns in Pampanga, the home province of the Davids.

“I will suggest to him that part of that money should go to the families of victims of extrajudicial killings,” David said.