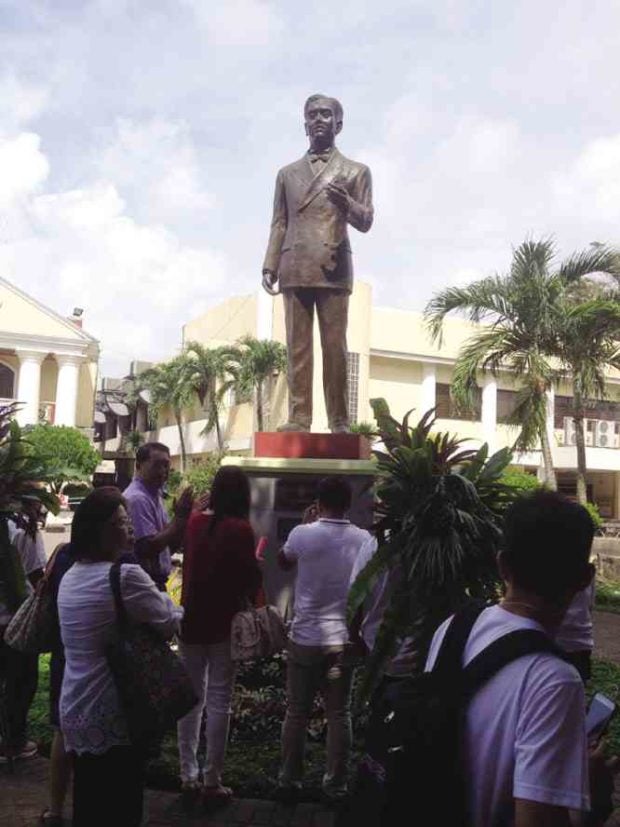 A historical marker was built in the town of Daet, Camarines Norte province, to commemorate the life and legacy of resistance leader Wenceslao Vinzons.

Born in Indan (now named Vinzons after him) in Camarines Norte, Vinzons was a lawyer and politician who was the youngest delegate to the constitutional convention of 1934.

He organized the first guerilla unit in Bicol, the Citizen’s Army, and his own guerilla unit during World War II, according to the National Historical Commission of the Philippines.

The Department of Environment and Natural Resources stopped an alleged illegal treasure hunting activity at a coral rock formation near the Paoay sand dunes in Barangay Masintoc in Ilocos Norte province.

The operation was stopped by authorities because the excavation site, which was estimated to be 17 meters deep, did not have a permit from the local government.

The team of hunters showed only a photocopy of a supposed treasure hunting permit, but did not show any excavation permit.

ADVERTISEMENT
Read Next
Top Bohol cop disappointed over clamping of patrol car
EDITORS' PICK
IATF to LGUs: Issue ordinances vs attacks on frontliners, COVID-19 patients
Quick chat with Nicole Andersson: ‘You really don’t need much to be happy’
Robredo spox thanks Duterte for defending VP’s efforts vs COVID-19
Diokno to Duterte: OK to make fun of buck tooth, but focus on people’s needs first
Nograles: Cabinet members to donate 75% of monthly salary to aid COVID-19 fight
10 Filipinos positive for COVID-19 in UK, 7 in Ireland — envoy
MOST READ
Coronavirus hotbed Rizal to shut borders on April 6
Gov’t mulling quarantine period extension of 15-20 more days
Sotto on Isko Moreno’s call: We do our job without the media following our every move
Robredo spox thanks Duterte for defending VP’s efforts vs COVID-19
Don't miss out on the latest news and information.