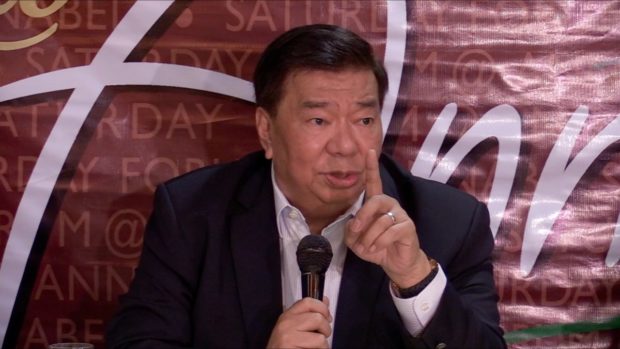 MANILA, Philippines — An active ranking official of the Philippine National Police (PNP)  appeared to have been protecting his subordinates involved in the alleged illegal drug trade.

Senate Minority Leader Franklin Drilon said that this was disclosed by former Criminal Investigation and Detection Group (CIDG) chief and now Baguio City Mayor Benjamin Magalong during an executive session held by the Senate justice and human-rights committee on Thursday.

The executive session was held upon the request of Magalong, who told the Senate panel about the so-called “Agaw Bato” scheme involving rogue police officers who would peddle illegal drugs that were seized in legitimate operations.

“May high-ranking active police official whose fault was not punishing, and appeared to be protecting, his men who are involved in the drug trade,” Drilon said in an interview with dzMM on Friday when asked what Magalong had told the senators during the executive session.

“Yan po ang kanyang [Magalong] deklarasyon that there is an active high police official who did not impose discipline or penalty on his people who are reported to be involved in the drug trade,” he further said.

Drilon, however, noted that the said official was not directly involved in the racket.

According to Magalong, rogue police officers would tell their superior officer that the operation fell through and keep the drugs for themselves, or either they would say that the operation was successful but report only a fraction of the evidence they actually confiscated.

They would then reintroduce the drugs on the market for a lower price, he added. /jpv