Seeing Red in UP, Bato draws laughs from profs, execs 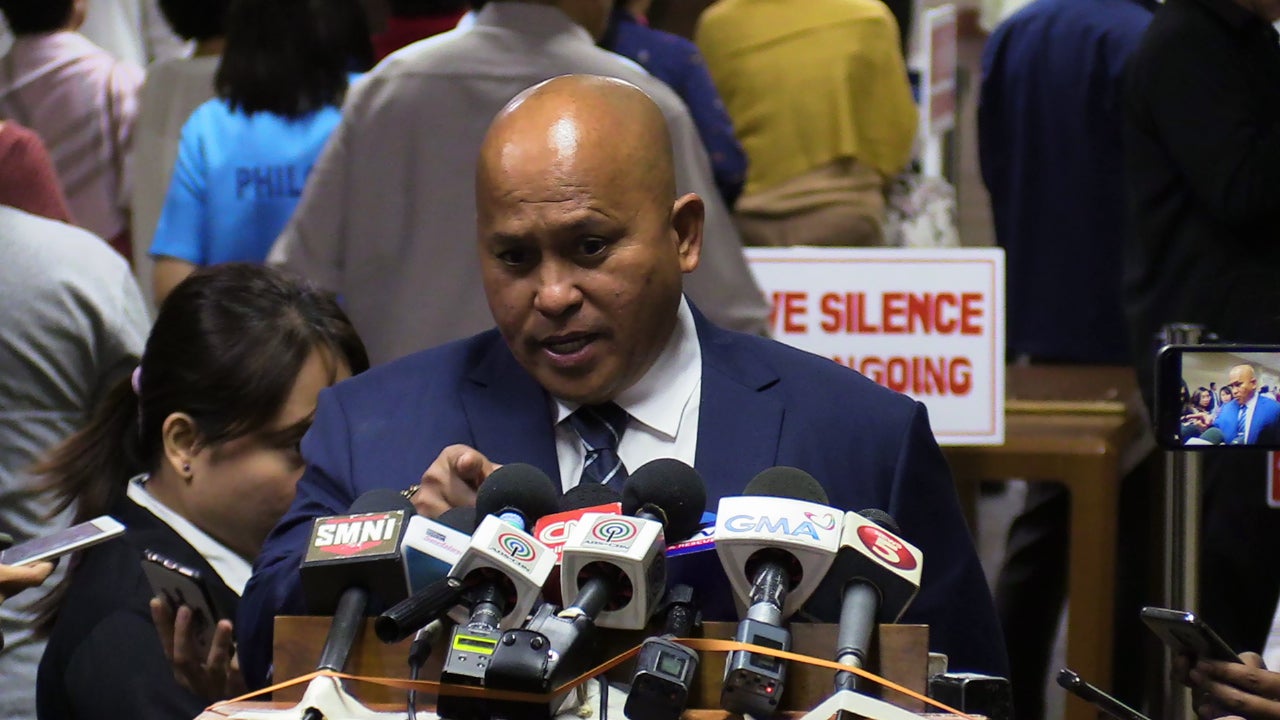 Maybe Sen. Ronald “Bato” dela Rosa thought it was a good opportunity to Red-tag the University of the Philippines (UP) System so he pressed the university president on Thursday for information about the school’s supposed links to the communist movement.

But Dela Rosa, a graduate of the Philippine Military Academy and a former Philippine National Police chief, found himself beating a hasty retreat at Thursday’s Senate hearing on the 2020 budget of UP and other state colleges and universities.

The junior senator waited for more than an hour for the chance to confront UP president Danilo Concepcion about how the university supposedly uses its budget to “support antigovernment causes.”

When his turn came, Dela Rosa challenged Concepcion to disclose what he knew about the recruitment of members by leftist organizations on the Diliman campus.

He also wanted to know what Concepcion planned to do about professors who required students to join rallies and immersion activities that later led them to join the Communist Party of the Philippines (CPP) and its armed wing, the New People’s Army (NPA).

“I have yet to receive any complaint about students [attending rallies] as part of academic requirement. I am willing to have an investigation but please provide me with the names of these professors and the actual complaints against them,” Concepcion told Dela Rosa.

Concepcion, however, noted that the Marcos-era antisubversion law that outlawed the CPP and made mere association with it illegal “has already been repealed.”

“Assuming there is recruitment, I do not know of any law that is being violated,” he said.

Concepcion asserted that UP, as an academic institution “cannot punish students or faculty for what they believe in.”

“We encourage them to express what they believe in. This is the essence of academic freedom, which is the lifeblood of the university,” he said.

“The country’s K+12 system means the two-year delay in college admission makes majority of the freshmen of age when they enter UP. There may still be minors but they would be few,” he said.

Sen. Edgardo “Sonny” Angara, Jr. who has a UP law degree, said in jest that the university was now more focused on “recruiting basketball players.”

“That’s why we are no longer winless [in the men’s basketball league of the University Athletic Association of the Philippines],” he added.

“I would disagree with Senator Bato. UP does not create enemies of the state. We three (Binay, Angara and subcommittee chair Sen. Pia Cayetano) are products of UP and we don’t consider ourselves enemies of the state … We are not communists,” she fumed.

Binay graduated from UP in 1997 with a degree in tourism.

“I was not referring to you,” Dela Rosa replied. “I was referring to the NPA who are fighting the government. The students who become NPA. Not you.”

School officials and professors present broke out in laughter at his reaction.

Sensing defeat, Dela Rosa lowered his tone and asked the school representatives whether they would allow law enforcement agencies and the military to conduct orientation seminars on campuses.

Dela Rosa said the talks “may entice” students to consider careers in law enforcement or in the military.

He got a resounding “yes.”

In return, Dela Rosa vowed to support the P64.9 billion budget for the state colleges and universities.

“Just don’t use the funds to support antigovernment cases.  That’s all I ask,” Dela Rosa said.

The association of state colleges and universities originally asked Congress for a P116.7 billion allocation for its 111 members that have 1.3 million students.

At the end of the hearing, the subcommittee headed by Cayetano approved the 2020 budget of all state colleges and universities except that of UP.

A source close to the senator said the subcommittee was waiting for “submissions” from UP officials concerning the status of several projects in the university.