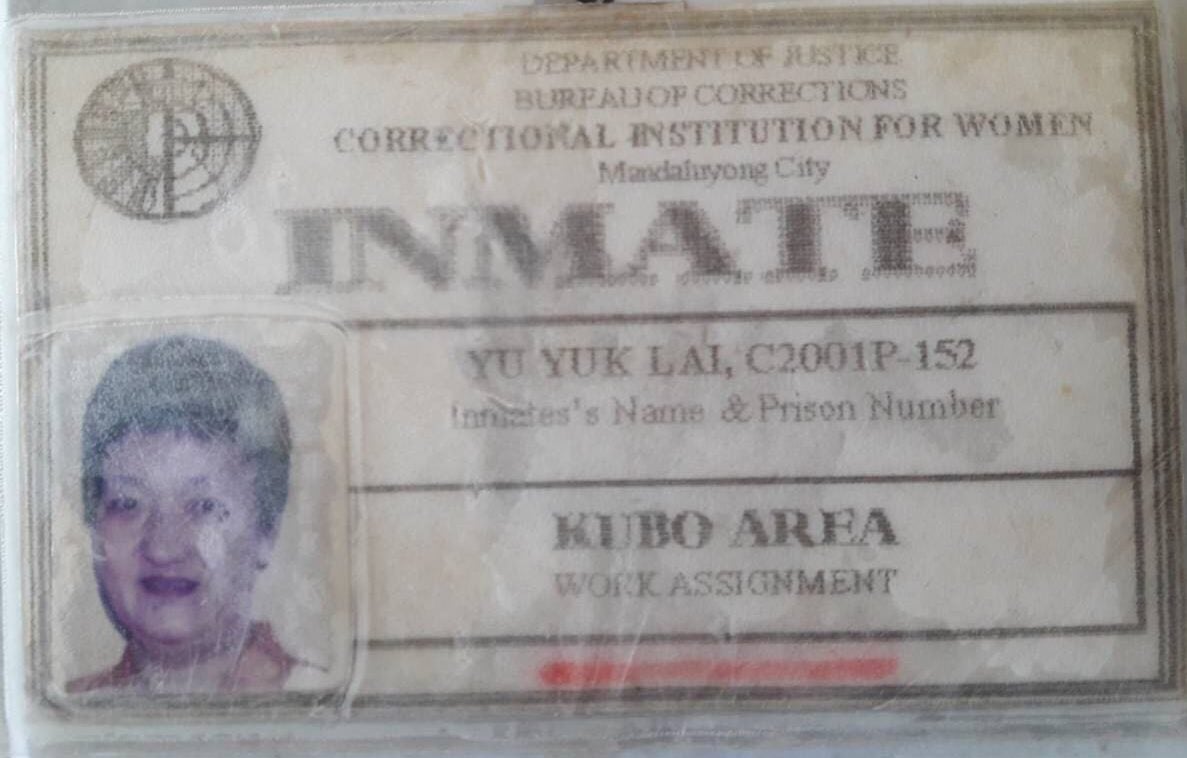 Convicted drug queen Yu Yuk Lai had been able to stay for 10 months at a private hospital in Manila for conditions that include facial pain and anxiety, while poor inmates in the New Bilibid Prison can’t sometimes be brought to a private hospital for procedures because there’s no gas in the Bureau of Corrections’ vehicle.

This was disclosed at the Senate’s hearing on irregularities in the Bureau of Corrections.

Sen. Richard Gordon criticized Yu’s three lengthy stays at the Metropolitan Hospital and at the Philippine Heart Center ranging from 23 days to 10 months.

But amid all these, Gordon said he received information that an old, sick inmate died in prison without being brought to the hospital.

“When the inmate is rich, they can be brought to the hospital of their choice. But if the inmate is poor, there’s no gas for it,” he said.

According to him, Yu spent 10 months at the Metropolitan Hospital for 10 months in 2014 for facial pain, anxiety with depressive symptoms, and a transient ischemic attack.

Correctional Institution for Women acting superintendent May Ann Marasigan said a transient ischemic attack causes stroke-like symptoms, and is a brief episode that is usually resolved in 24 hours.

But Gordon questioned whether Yu’s length of stay was reasonable.

“That lady spent 10 months there for a transient ischemic attack and facial pain. How does one get away with that in God’s earth?” he said.

Marasigan said she could not answer that as she was not at the helm of the correctional institute, but she said the doctors in charge then had asked the hospital to return her to prison.

That time, she suffered from heat exhaustion and hypothyroidism.

Her third lengthy hospital stay was from March 15 to May 2, 2017 at the Philippine Heart Center, where she was brought initially for coronary artery disease and chest pains.

Go, for his part, said an inmate named Wilfredo Arias was able to stay at Bilibid hospital for eight months and three weeks for nutritional derangement and acute gastroenteritis.

Another inmate, Noel Fernandez, had a five month and one week confinement for electrolyte imbalance.

Bilibid medical officer Ursicio Cenas said that acute gastroenteritis usually has a confinement of two weeks. In the case of Arias, he was for discharge but was transferred to another ward and was thus no longer under his care after that.

Go also asked Bilibid medical officers if it was true that inmates were paying to be able to stay at the hospital even if they are not sick.

Bilibid Directorate for Services chief Ernesto Tamayo said he had heard rumors about this, but had no hard evidence.

Tamayo said it would be hard to point fingers without proof.

Cenas also said he hard about the practice as well.

As for inmates being allowed to be admitted to hospitals outside Bilibid, he said Justice Secretary Leila de Lima had issued a directive that inmates could only be admitted in government hospitals.

He also said Bilibid refers inmates to outside hospitals if they suffer more serious illnesses such as chronic kidney disease, heart disease, and cancer, and if they need proper diagnosis.

Bilibid hospital lacks equipment like chest x-rays and inmates even have to pay for their laboratory exams, he said.

Cenas, after being asked about inmates dying without being brought to the hospital, said there were several procedures that have to be fulfilled before an inmate could be brought to an outside hospital.

There must be a relative that could take care of them and administer medicine, he said.

There is also a need to secure passes for the escorts and for permit transportation, he said. Without these, the inmate can’t be brought out.

What’s worse, Cenas said, is that if there is no gas in the vehicle, the patient won’t be brought to the outside hospital either.

But he also said medical officers try to expedite the process as well.

Gordon said Bilibid could coordinate with the social welfare department to seek care for the inmate.

The bureaucracy should not be an excuse to delay the medical attention for the inmate, he said.

Read Next
Seeing Red in UP, Bato draws laughs from profs, execs
EDITORS' PICK
Nestlé Philippines’ ‘NESCAFÉ Plan’ bags Grand Anvil at PRSP 56th Anvil Awards
Smart reinforces superiority with best speed and mobile video experience in PH
Every Filipino home can now be a smart home with realme TechLife
New 3,045 COVID-19 cases push PH total active cases to 40,074
LTO’s P500-M deal for screws draws scrutiny
How to lose a PH genius: Wesley So officially a US citizen
MOST READ
US lays out list of aid to ‘satisfy’ Duterte following VFA payment demand
How to lose a Filipino genius: Wesley So officially a US citizen
Robredo on Sara Duterte leading poll surveys: Why are Filipinos drawn to leadership of this kind?
Kris Aquino dispels rumors on son Josh getting married, thanks Ogie Diaz for defending him
Don't miss out on the latest news and information.