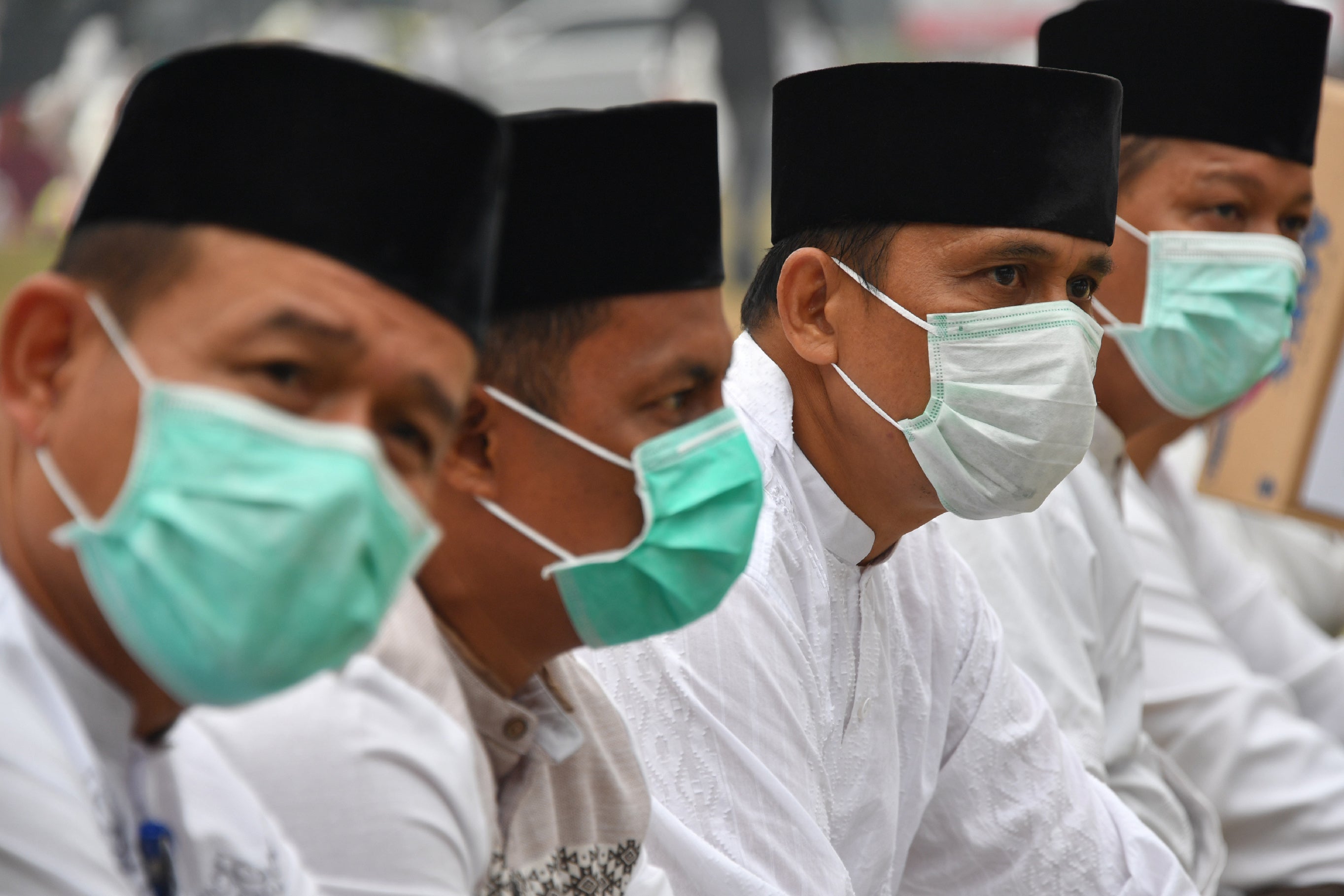 PEKANBARU, Indonesia — Hundreds of people held a mass prayer for rain in a smoke-filled Indonesian city on Friday, desperately hoping that downpours will extinguish forest fires and wash away the toxic haze covering wide swathes of the country.

Illegal fires to clear land for farming are raging on Indonesia’s Sumatra and Borneo islands with firefighters battling round the clock through charred forests, and water-bombing helicopters deployed to douse the flames.

Dense smoke has blanketed Pekanbaru, a provincial capital on Sumatra, leaving the sky dark even at midday and forcing the closure of local schools.

Around 1,000 of the city’s residents — many dressed in white Muslim robes with rudimentary face masks — held a prayer Friday in an open field as a thick, acrid fog drifted around them.

“I’m praying so that the rain will come immediately and this smog will be gone soon,” said retired 57-year-old civil servant Rahmad, who goes by one name.

“It’s been really bad for the past month — I can’t breathe if I don’t wear a mask. Some of my neighbors have gotten really sick,” he told AFP.

Friday is a holy day in Indonesia, the world’s biggest Muslim-majority country, where forest fires are an annual problem but have been worsened this year by particularly dry weather.

International concern has been mounting about the long-term impact of such blazes, as rainforests play a vital role in protecting the planet against global warming.

“The haze really affects me tremendously. I can’t breathe or do things outside as I normally do,” said elementary school teacher Yulinar, coughing and squinting her bloodshot eyes.

The 45-year-old, who also uses one name, said she hoped she and her students could soon return to their shuttered school.

Officials across the border in Malaysia said late Thursday some 29 schools would also be closed there on Friday in the region surrounding its haze-hit capital Kuala Lumpur.

The fires in Indonesia have sent toxic smoke floating over Malaysia, triggering a diplomatic row. Nearby Singapore has also warned residents to reduce outdoor activities.

Jakarta is struggling to tame the blazes as many burn underground in carbon-rich peat, which has been cleared across vast areas of the country for plantations.

“I hope farmers and companies stop starting these fires,” Rahmad said at the prayer session in Pekanbaru. “It’s a man-made disaster.”  /muf