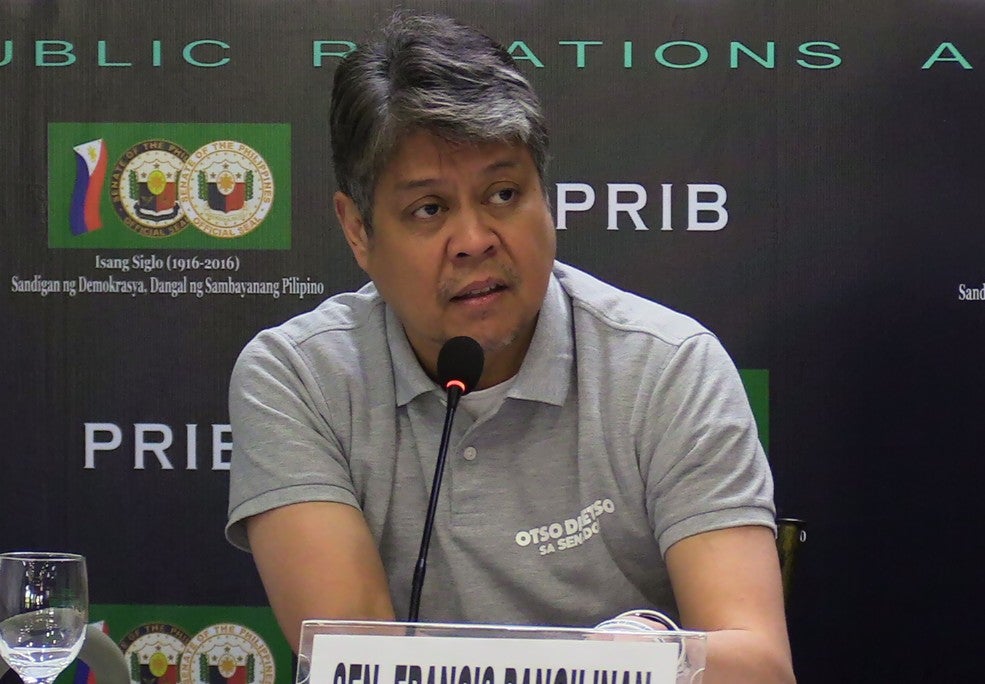 MANILA, Philippines — Why must Senator Leila De Lima take the blame for the reported corruption in the Bureau of Corrections (BuCor) while Nicanor Faeldon was at its helm?

Senator Francis “Kiko” Pangilinan has this to ask Thursday, adding that the detained legislator must be given the chance to defend herself.

For Pangilinan, De Lima must be allowed to speak in the Senate hearing “that is using her as a scapegoat in the scandal that has blown up in their face.”

The Ombudsman earlier ordered De Lima and former Interior Secretary Mar Roxas to explain why convicted heinous criminals were not excluded from availing the good conduct time allowance (GCTA) based on the implementing rules and regulations of the Republic Act No. 10592.

In a letter dated September 6, the Ombudsman noted that it is clearly detailed in Article 29 of the Revised Penal Code, as amended by RA 10592, that “recidivists, habitual delinquents, escapees, and persons charged with heinous crimes” are excluded from GCTA.

RA 10592 increased the GCTA given to inmates.

But De Lima thinks the Ombudsman order could only be a “set-up” for her and Roxas to take the fall.

READ: De Lima on order to explain GCTA mess: ‘Is this a set-up for me?’

“Also, it goes against all sense of fair play to drag the name of the already incarcerated Senator Leila de Lima to muddle the scandal involving Bilibid officials caught ordering the release of rich convicted criminals, contrary to the law that is meant to give justice to poor, powerless detainees who should rightfully be released for good behavior,” Pangilinan added.

The Senate committee on justice and human rights has been probing the implementation of the GCTA law. The investigation started after news broke out that former Calauan Mayor Antonio Sanchez, who was convicted for the rape-slay of UP Los Baños student Eileen Sarmenta, and murder of her friend and schoolmate, Allan Gomez, was due for release because of good behavior while in prison. /kga