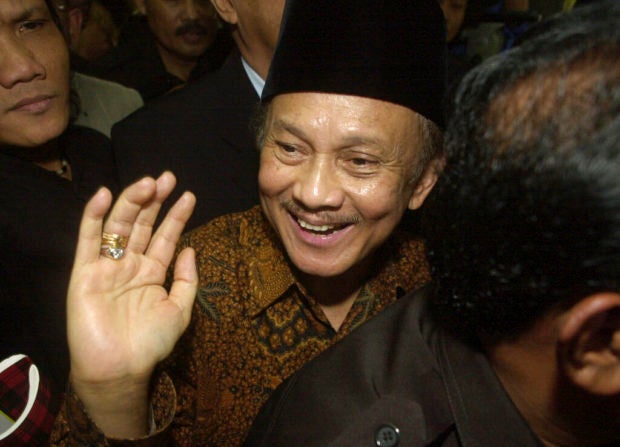 In this March 20, 2003, file photo, former Indonesian President B. J. Habibie waves to journalists as he arrives to testify in the trial of former military chief at a court in Jakarta. Habibie, who allowed democratic reforms and an independence referendum for East Timor following the ouster of the dictator Suharto, has died at age 83. (AP Photo/Achmad Ibrahim, File)

Habibe was known to have introduced political reforms in Indonesia. He was 83. /kga