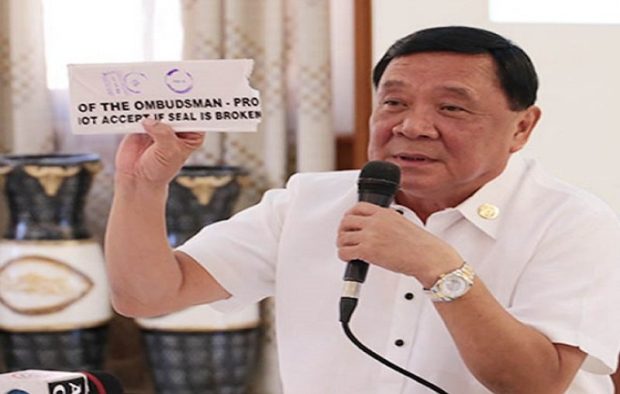 Police said Espino’s two-car convoy was traversing Barangay Magtaking in San Carlos City at 4:30 p.m. when the gunmen attacked them.

One of Espino’s aides, a policeman, was killed during the ambush while Espino was taken to Blessed Family Doctors General Hospital, also in San Carlos City, for treatment, said San Carlos City Mayor Julier Resuello.

Four of Espino’s other aides, including his driver, were wounded in the ambush, Resuello said.

Some of the aides were on board a Toyota Innova that served as a backup vehicle.

Resuello said Espino’s driver managed to take the vehicle to the hospital which was only 150 meters from the ambush site.

Espino sustained gunshot wounds on his arm and body but was already out of danger, Resuello said.

Investigators said they have yet to determine the motive behind the attack.

The San Carlos police immediately launched a dragnet in a bid to find and capture the suspects.

Espino lost in his reelection bid as a representative of the province’s fifth district last May 13 midterm elections.

His son, Amado Espino III, is the incumbent Pangasinan governor.

The elder Espino was named in a so-called “drug matrix” presented by President Duterte in 2016 to illustrate the network of government protectors for drug lords inside New Bilibid Prison, allegedly led by Sen. Leila de Lima.

But Espino categorically denied any involvement in illegal drugs and Mr. Duterte later apologized after admitting he did not verify the drug matrix. —With a report from Willie Lomibao