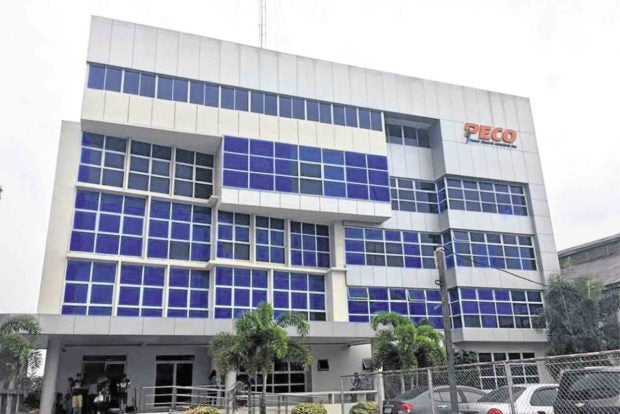 ILOILO CITY — Hopes of the Panay Electric Company (Peco) to renew its franchise under the new Congress was shut down on Wednesday at the House of Representatives.

Upon the motion of Surigao del Sur Rep. Johnny Pimentel, the House committee on legislative franchise voted to deny the application of Peco for a new 25-year franchise.

The committee decision came even before Peco presented supporting documents and data to back up its franchise renewal bid.

He also cited the granting of a franchise to More Electric and Power Corp. (More Power) to distribute electricity in the city.

“If we grant another franchise to operate in Iloilo, that is not a solution but it will create more problems,” Pimentel said before he made the motion, which was seconded with no objection.

Baronda said both the House and Senate “have already spoken” in the 17th Congress when it passed Republic Act (RA) No. 11212 which granted More Power the distribution franchise.

She said More Power should be given “a chance to comply with its commitments made before this committee last year when it then approved MORE’s franchise.”

The committee is chaired by Palawan Rep. Franz Alvarez, who also headed the committee during the 17th Congress that did not act on a similar bill renewing Peco’s franchise.

Baronda and Alvarez are members of the National Unity Party, which is linked to billionaire Enrique Razon Jr., who owns More Power.

Peco said it will pursue cases pending before courts questioning the legality of RA 11212’s provisions.

“We will wait for the decision of the Supreme Court and act accordingly. If the decision is favorable to us, then we will pursue the renewal of our franchise,” Marcelo Cacho, Peco administrative officer told the INQUIRER.

Abang Lingkod Party-list Rep. Joseph Stephen Paduano on August 22 filed House Bill No. 4101, which had sought to grant a 25-year franchise to Peco.

He said issuing a franchise to Peco is “apt” considering that the electric distribution company has “appropriately used its previous franchise, complied with its provisions and has “invested significantly in its distribution facilities and equipment.”

Peco’s franchise expired on January 18, but the Energy Regulatory Commission (ERC) has granted a provisional Certificate of Public Convenience and Necessity to Peco to continue distributing power in Iloilo City to prevent any disruption of power supply to consumers amid the continuing legal dispute between the rival firms.

RA 11212, which was signed by President Rodrigo Duterte on February 14, provides that More Power put up or acquire its distribution assets within two years after the franchise was issued.

Mandaluyong Regional Trial Court (RTC) Branch 209 has ruled that Section 10 (right of eminent domain) and Section 17 (transition of operations) of RA 11212 as void and unconstitutional for infringing on Peco’s rights to due process and equal protection of the law.”

But the Iloilo RTC has granted More Power’s application for the issuance of a writ of possession to expropriate distribution assets of Peco.

Peco has appealed the issuance of the writ citing the ruling of the Mandaluyong RTC.

“It must be emphasized that indeed, with Sections to and 17 having been struck down as unconstitutional, any attempt to proceed with the expropriation, including the issuance of the writ of possession will be completely baseless and illegal,” according to Peco’s appeal.

In a three-page order dated September 5, Judge Daniel Antonio Gerardo Amular of the Iloilo City RTC Branch 35 said the court will still determine what assets of Peco will be covered by the expropriation proceedings.

Amular said he has asked the assistance of ERC’s technical experts in the hearing set on September 25.

“Definitely, this Court is not equipped with the technical expertise in determining which properties of the defendant would constitute the distribution of assets in the context of…(Electric Power Industry ReformcAct),” Amular said. /kga

Panay power firm to move for renewal of franchise