How speaking up about suicide can save lives

Given the widespread stigma around suicide, most people who are contemplating suicide do not know who to speak to. Rather than encouraging suicidal behavior, talking openly can give an individual other options or the time to rethink his/her decision, thereby preventing suicide. – World Health Organization 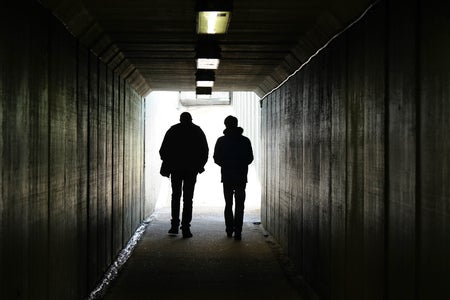 The death of Razorback drummer Brian Velasco early this year in January brought many, including his fellow artists, to mourn the loss of him and speak about the oft-unspeakable: mental health. A month later, American comedian and actor Brody Stevens, who starred in “The Hangover”, also died by an apparent suicide. By June, South Korean actress Jeon Mi-Seon, known for her roles for “Memories of Murder” and “Love Is a Crazy Thing”, among many others, also passed away the same way.

Whenever a public figure passes away from suicide, one’s question almost always seems to be “why”? But it should not have to take a celebrity or a prominent person’s death for people to speak openly about depression and mental health. One life lost is one too many.

World Suicide Prevention Day, observed every Sept. 10, stresses the stand that suicides are preventable. Despite this, more than 800,000 people, or one person every 40 seconds, still die by suicide every year, as per the World Health Organization’s 2014 report on preventing suicide.

In the Philippines, 2,558 Filipinos were reported to have committed suicide in 2012 alone, majority of whom were males. The number, however, could be more, as experts suspect that many suicide cases in the country are kept secret by families, according to ManilaMed in 2017.

Suicide, as per the WHO, is a global concern; its rates are the highest in people aged 70 years old and over, and is the second leading cause of death among 15 to 29 year olds globally. Most suicides are preceded by warning signs, whether verbal or behavioral, though there are other suicides that occur without warning.

Mental disorders are present in up to 90% of people who die by suicide in high-income countries, although these seem to be less prevalent among those who die by suicide in some Asian countries like China and India. Around 3.3 million people suffer from depressive disorders in the Philippines, with suicide rates in 2.5 males and 1.7 females per 100,000, according to the Department of Health in January 2019, in a statement issued in view of Velasco’s death.

The DOH aims to meet these objectives of the WHO through its own Mental Health Program, which includes a wide range of promotive, preventive, treatment and rehabilitative services for Filipinos. Apart from promoting participatory governance in mental health, the program works towards strengthening the covering of mental health services through multi-sectoral partnership. It also works with local government units to implement interventions and aims to strengthen the quality of mental health research in the Philippines.

The passing of the Philippine Mental Health Law (Republic Act No. 11036) in June 2018 was a huge feat for Filipinos nationwide in terms of mental health policy. Many senators at the time said that the passing of the Mental Health Law would help remove the social stigma that surrounds people with depression, anxiety and other mental health conditions. It is known that stigma is associated with help-seeking behavior and poses as a barrier to people from receiving the help they need. Stigma also deters the loved ones of vulnerable people from providing them the support they may need.

Today, mental health remains stigmatized. This was what Dr. Gideon Lasco, a physical and medical anthropologist, said in a column about students and suicides in March 2018.

“People are too embarrassed to bring it up or talk about it. Even the act of seeking help from counselors and psychiatrists is associated with shame or embarrassment, universities’ efforts to build channels notwithstanding,” Lasco said. “As a result, students with mental health problems tend to keep their emotional burdens to themselves.”

Reducing the stigma related to mental disorders may be addressed by raising awareness about mental health through campaigns. Although there is little evidence linking awareness campaigns to a decrease in suicide, the WHO said that such campaigns have a positive impact on community attitudes, which increase opportunities for people to engage in public discourse about mental health.

Suicide does not just take the lives of hundreds of thousands of people every year. It also affects the many lives of “suicide survivors,” or the people who have lost a loved one by suicide. Suicide survivors often get less support, as per Harvard Women’s Health Watch in July 2009, since it is difficult for them to reach out to others. They are also at increased risk for thinking about, planning, or attempting suicide.

The grief process is not a linear trajectory and one cannot say that their healing is the same as another’s. Jean Goulburn was not much of a believer of the saying, “Time heals all wounds.” It took her nearly 12 years since she lost her daughter Natasha in May 2002 before she could say, in 2014, that time, in fact, heals.

Goulbourn is the founder of the Natasha Goulbourn Foundation, which she established in 2007 in honor of Natasha who died from an apparent overdose of prescription medication. The 27-year-old Natasha, who was living in Hong Kong as an accessories designer at the time of her death, had been battling depression.

The foundation is a non-profit organization dedicated to bringing depression to light through the use of educational lectures, crisis lines and referrals to partner psychologists. Hopeline Philippines, one of its initiatives, is a 24/7 service suicide prevention and crisis support helpline.

As per Goulbourn, she went through stages of denial, anger and guilt after Natasha died. She also blamed herself for not being with her during her darkest hours.

“I could’ve been there in Hong Kong to look into her, but I sent her dad instead,” Goulbourn said in a report in March 2014. “Why couldn’t it have been me?”

Goulbourn said she started to move on from her loss four years after in 2006. “In my prayer, I cried one last time and said, ‘Tasha I don’t love you less if my tears stop running. I love you enough to start being happy the way you wish me to be.’ That was the start.”

The death of Filipino poet and painter Maningning Miclat in Sept. 29, 2000 also compelled her family to put up the Maningning Miclat Art Foundation in her honor in 2001. Maningning was only 28 years old when she passed away from an apparent suicide.

The foundation aims to encourage creativity among poets and artists not older than 28 years old. Alma Miclat, Maningning’s mother, said in 2013 that the idea for the foundation was suggested to her by the people who attended her daughter’s wake.

“It was at the wake when not a few people suggested perpetuating Maningning’s legacy of excellence in poetry and painting, and forming a foundation to do so,” Miclat said then.

Two years after the foundation’s inauguration, the Maningning Miclat Awards came to the fore in 2003. As per Miclat, they started it by using the seed money from Maningning’s own savings, which were then matched by the foundation’s board directors.

Many signs can show that someone may be seriously thinking about committing suicide. According to WHO, these include threatening to kill oneself and saying things like no one would miss them when they are gone. Saying goodbye to loved ones, giving away valued possessions, writing a will, and browsing the internet of ways to take their own life are also other warning signs.

It is a myth that talking about suicide is a bad idea. According to the WHO, talking to those who may be suicidal reduces their anxiety and helps them feel understood.

Finding the right time and place to talk to the person you are worried about and letting them know you are there to listen are important.

Encouraging him or her to seek help from a doctor, a counselor or a mental health professional regarding their condition can also be done, as well as offering to go with them to their appointment.

If the person you are worried about lives with you, ensure that there is no access to any means of self-harm in the home. These include pesticides, firearms, medication, bladed utensils, among others.

It must be remembered that a person who may be in immediate danger should not be left alone. In these moments, seeking help from emergency services, a crisis line, a healthcare professional or trusted family members is advised.

On World Suicide Prevention Day, CHR says there are people willing to listen