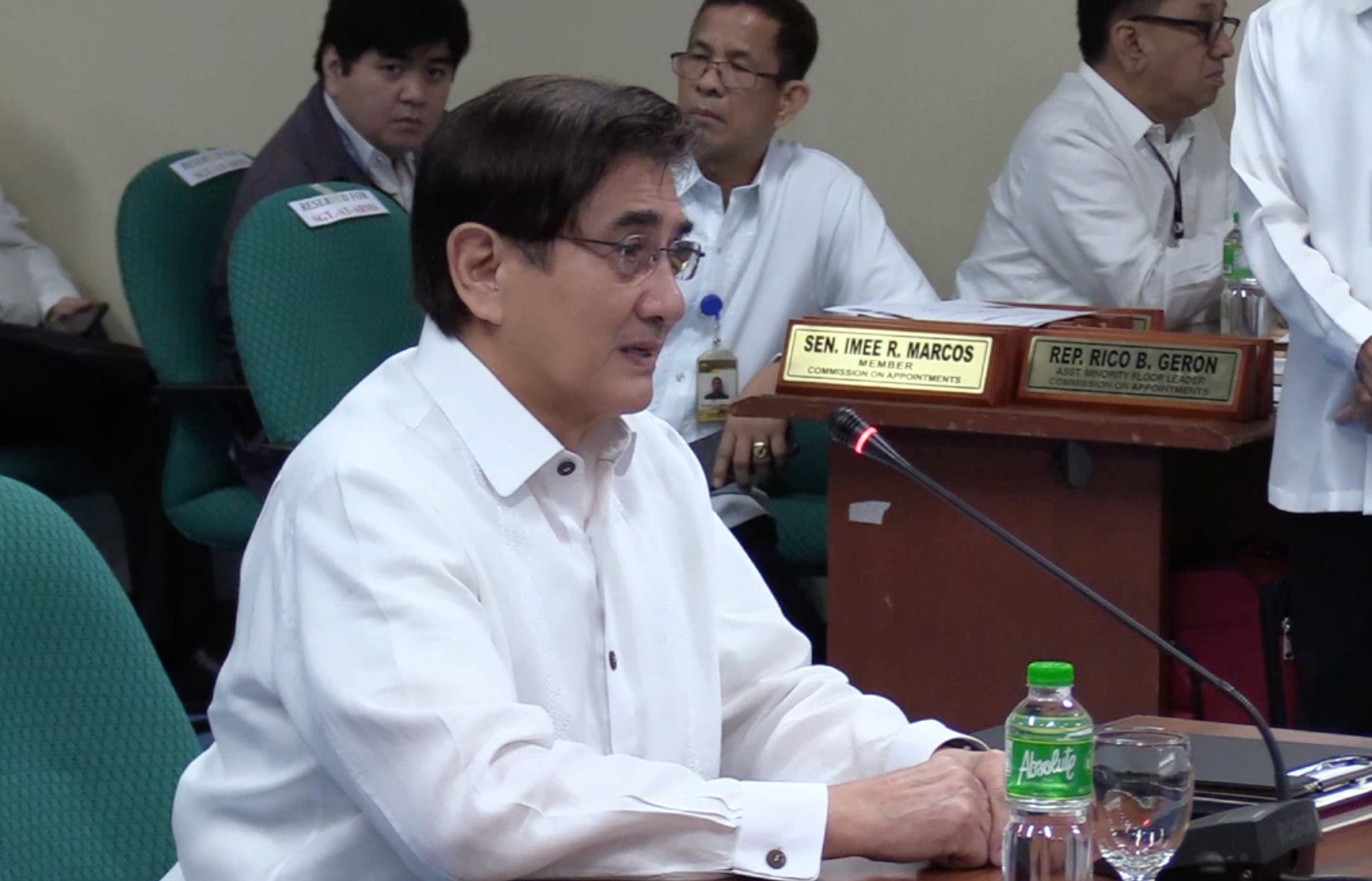 Department of Information and Communication Secretary Gregorio Honasan at the Commission on Appointments panel deliberation at the Senate on Wednesday, September 11, 2019. (Photo by Cathy Miranda / INQUIRER.net)

MANILA, Philippines – The ad interim appointment of former senator Gregorio “Gringo” Honasan as Department of Information and Communications Technology (DICT) secretary has been recommended for confirmation by a panel of the powerful Commission on Appointments (CA).

CA’s Committee on Information and Communication Technology approved the recommendation of Honasan’s confirmation in a hearing on Wednesday.

The panel’s recommendation would then be transmitted for approval at the plenary.

The former senator took his oath as DICT chief before President Rodrigo Duterte in July. /gsg