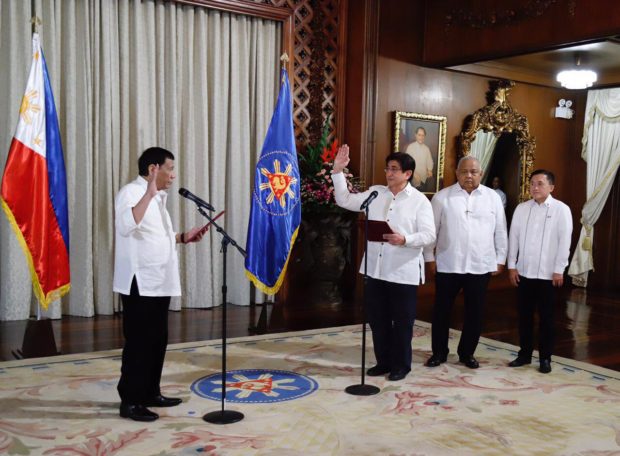 MANILA, Philippines — Gregorio “Gringo” Honasan is the new Secretary of the Department of Information and Communications Technology (DICT).

“[Honasan took] his oath as DICT Secretary earlier. He is now in the Cabinet meeting,” Executive Secretary Salvador Medialdea said. 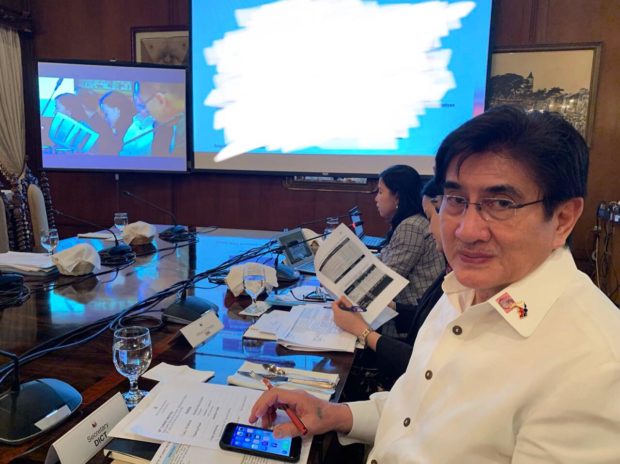 Duterte announced Honasan’s appointment during the Cabinet meeting in Malacañang at 5:45 p.m.

Sought for his comment on Honasan’s appointment, Rio said: “Well this has long been planned. I just held the Fort until he is officially appointed.”

Asked if he would be keeping a post at DICT, Rio said: “That’s up to the President. I will wait for his decision.”

Honasan, who recently finished his third and last term as senator, is a former Philippine Army officer.

He was part of the Reform the Armed Forces Movement (RAM), a group of military officers that played a crucial role in the first Edsa people power revolution.

Honasan, who took part in two failed coup attempts against the Corazon Aquino administration, will join the Duterte administration whose Cabinet is packed with former military officers.

In a statement, Panelo said Honasan was “warmly received by the President’s official family when the former joined the Cabinet meeting that ensued.”

“We are confident that Secretary Honasan would perform well in his new assignment as chief of the DICT, which is headed for exciting times as our people expect the full rollout of the national fiber optic cable network and operationalization of the country’s third major telecommunications player,” Panelo said.

“We likewise believe that he would continue and improve on the good plans and programs of his predecessor, Mr. Eliseo Mijares Rio Jr., whose leadership is credited for the improvement of e-governance which reduced queues at government offices, among other countless accomplishments,” he added.

“Sec. Honasan, he said, “has a wealth of experience not only in legislation as a Senator for 21 years, in the military science, as a military officer for 16 years, and a military renegade for seven years.”

“In addition,” Panelo said. “[he] had an AIM masters degree in management that will certainly help him in his new role in the Executive Branch.”

“We wish Sec. Honasan all the best,” he said.