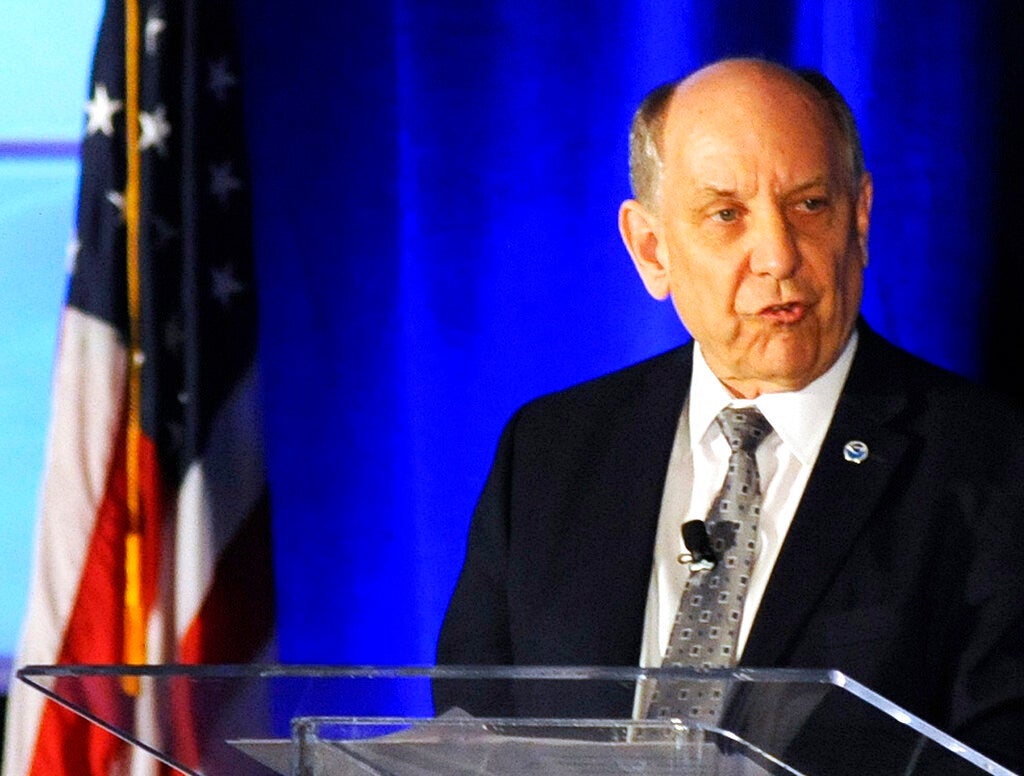 Two top NOAA civil servants not so quietly revolted against an unsigned agency press release issued late Friday rebuking the Birmingham weather office for saying Alabama was safe. The agency’s top scientist called Friday’s release “political” and the head of the National Weather Service said the Alabama office “did what any office would do to protect the public.”

“My understanding is that this intervention to contradict the forecaster was not based on science but on external factors including reputation and appearance, or simply put, political,” acting chief scientist and assistant administrator for ocean and atmospheric research Craig McLean wrote to staffers Sunday night.

In the email, first reported by The Washington Post, McLean said he is “pursuing the potential violations” of the agency’s scientific integrity policy.

NOAA spokesman Scott Smullen said Monday, “NOAA’s policies on scientific integrity and communications are among the strongest in the federal government, and get high marks from third party observers. The agency’s senior career leaders are free to express their opinions about matters of agency operations and science. The agency will not be providing further official comment, and will not speculate on internal reviews.”

Meanwhile, another career civil servant, National Weather Service Director Louis Uccellini said forecasters in Birmingham did the right thing Sept. 1 when they tried to combat public panic and rumors that Dorian posed a threat to Alabama.

“They did that with one thing in mind: public safety,” said Uccellini, who prompted a standing ovation at a meeting of the National Weather Association by asking members of the Birmingham weather staff to stand.

“Only later, when the retweets and politically based comments started coming to their office, did they learn the sources of this information,” he said.

“I think the speech speaks for itself,” Laws said.

McLean in his letter said the Birmingham staff “corrected any public misunderstanding in an expert and timely way as they should. There followed, last Friday, an unsigned press release from ‘NOAA’ that inappropriately and incorrectly contradicted the NWS forecaster.”

McLean said that the NOAA Scientific Integrity Policy tells all agency employees to “approach all scientific activities with honesty, objectively, and completely, without allegiance to individuals, organizations, or ideology.”

He said the Friday NOAA press release “compromises the ability of NOAA to convey life-saving information” and “violated NOAA’s policies of scientific integrity.”

The policy said employees should not “intimidate or coerce employees, contractors, recipients of financial assistance awards, or others to alter or censor scientific findings.”

The scientific integrity policy is not criminal and has no punishments, said former NOAA general counsel and deputy administrator Monica Medina, who served in the Barack Obama and Bill Clinton administrations. She praised McLean and Uccellini “for looking into the matter and holding their current leadership accountable.”

“We make forecasts, we don’t deal with politics,” said association president Paul Schlatter, who works for the weather service in Boulder, Colorado. “Our job is to protect the American public with the weather information we pass around. Of course, it’s frustrating when things get politicized and we are the scientists and the communicators that are delivering the message for weather safety.”

Trump has defended his Sept. 1 tweet that said Hurricane Dorian would threaten Alabama. Last week Trump displayed an altered hurricane forecast map in the Oval Office that included a crudely drawn addition in black ink to include parts of Alabama, in an attempt to make his point.

Alabama had never been included in hurricane forecast advisories. Trump cited older and less authoritative information, which was based on outdated computer models and older graphics on wind speed. 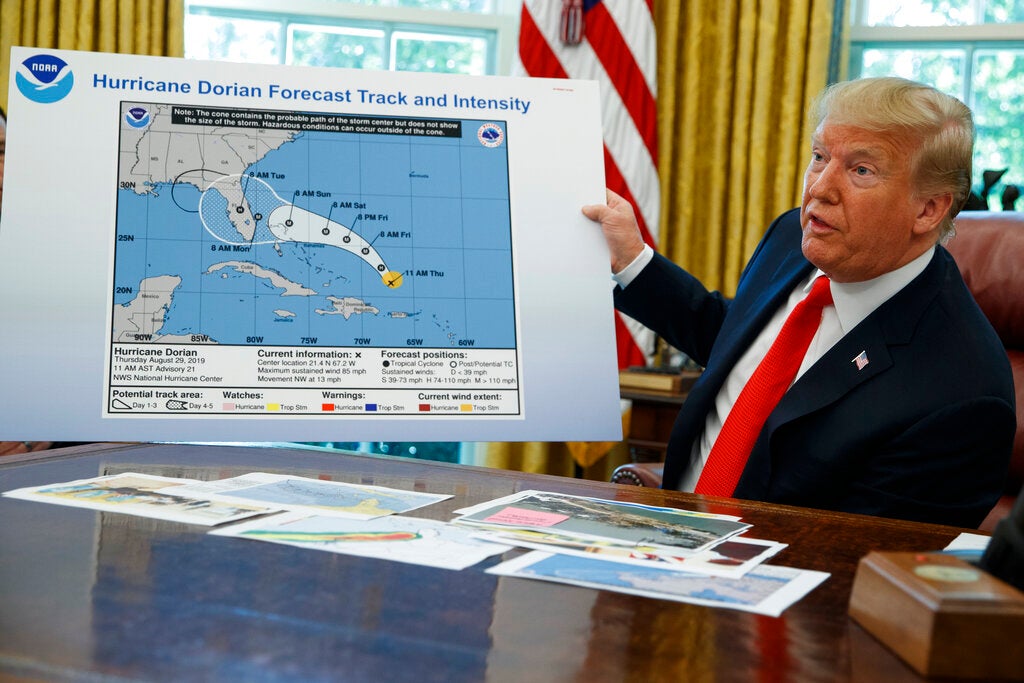 President Donald Trump talks with reporters after receiving a briefing on Hurricane Dorian in the Oval Office of the White House, Wednesday, Sept. 4, 2019, in Washington. (AP)