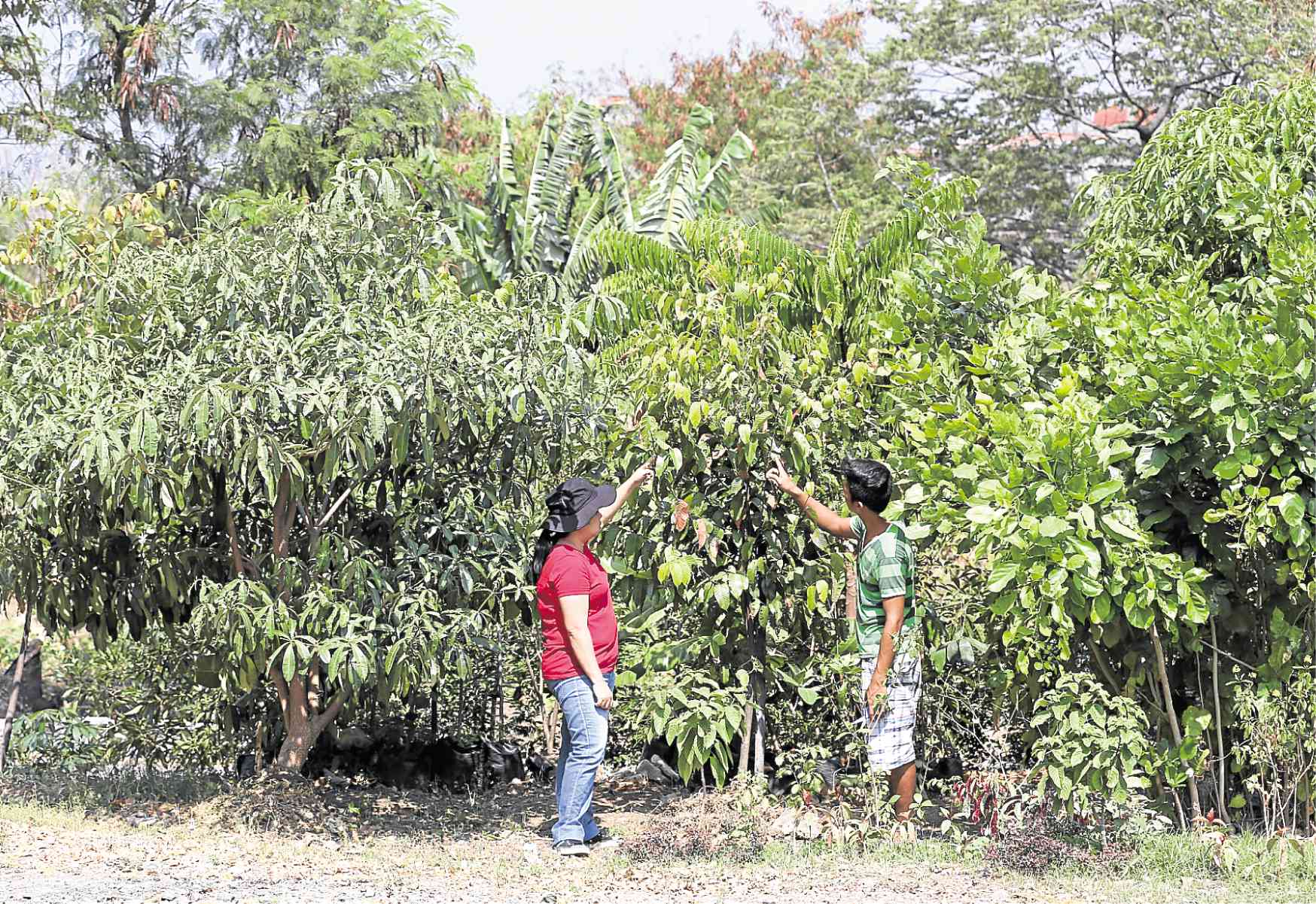 GREENING PH Indigenous trees, like dita and guijo saplings grown at the Department of Environment and Natural Resources’ regional nursery in Metro Manila, were planted in select spots in the country under the government’s National Greening Program.—LYN RILLON

SAN PEDRO CITY, Laguna, Philippines — A portion of the Upper Marikina River Basin is being transformed into a government “forest park” seen to sequester a substantial amount of greenhouse gases and mitigate flooding in Metro Manila.

The forest park rising on a 25-hectare land in Antipolo City, Rizal province, would be the first public orchard of indigenous and fruit-bearing trees in Calabarzon (Cavite, Laguna, Batangas, Rizal and Quezon) region, under the Department of Environment and Natural Resources’ (DENR) environmental advocacy program “Tayo ang Kalikasan.”

Herminigildo Jocson, regional chief of the DENR’s Conservation and Development Division, said the planting of the seedlings would start toward the end of the year.

Jocson said 24 government agencies under the Regional Development Council in August committed to each adopt a hectare for growing the trees. The DENR agreed to provide the seedlings.

“They can choose which species to plant as long as these are indigenous,” he said in a phone interview.

The agencies may also put up structures as long as these are made of natural materials, like bamboo; use these areas for their employees’ activities; or open these spaces later to the public for tours.

The forest park at Sitio San Ysiro in Barangay San Jose is part of the 300-ha land earlier identified for the National Greening Program (NGP).

Although located in a remote village of Antipolo City, the area has road networks and is relatively close to the metropolis, Jocson said.

Launched in 2011, the NGP was touted as the government’s biggest greening program with the objective to plant 1.5 billion seedlings in 1.5 million ha of land across the country.

In 2015, however, the Commission on Audit said the NGP failed in the sense that some selected sites turned out to be “nonplantable.”

Jocson said there were several factors that contributed to the low survival rate of the trees under the NGP.

He said the agencies and their partners signed an agreement extending the “caring period” for the seedlings to five years, longer than the previous three years, in order to improve the trees’ chance of survival.

Jocson said conservationists realized that a tree’s first five years of growth were crucial for its survival.

“We are no longer just doing tree planting, but tree growing,” Jocson said.

After five years, seen as the critical growth period, Jocson said the trees would be turned over to the care of the DENR and would be guarded by forest rangers.