Roque is officer-in-charge of Inmate Documents and Processing Service, who had been accused of taking part in a scheme to bilk inmates’ relatives in exchange for early release through good conduct time computations.

The Ombudsman order said the BuCor officials were being suspended in connection with an investigation that the anti-graft body was conducting into “the alleged anomalous release of prison convicts.”

It said the Ombudsman “finds that the evidence in the form of testimonies of witnesses and public documents” pointing to irregularities in the release of prisoners “appear to be strong.”

Other suspended officials include:

Aside from the grave misconduct raps, the above-mentioned officials will also face complaints for gross neglect of duty and conduct prejudicial to the best interest of the service, which may eventually result in their removal from office.

The Ombudsman investigation came after President Rodrigo Duterte himself ordered it in the wake of revelations that 1,914 heinous crime convicts were among more than 22,000 inmates released by the BuCor, under Republic Act No. 10592.

Among the inmates to be released was rapist-murderer Antonio Sanchez, former mayor of Calauan, Laguna, who is serving at least 200 years in jail for the rape and murder of Eileen Sarmenta and the murder of her friend Allan Gomez, both UP Los Banos students, and the murders of two political foes.

Sacked BuCor chief Nicanor Faeldon had confirmed that Sanchez was among those set to be released, which stirred public outrage.

The President sacked Faeldon and ordered the released 1,914 criminals to surrender.

The President, however, continued to praise Faeldon as an “upright man” generating criticism from the opposition and families of crime victims.

The Ombudsman has also requested the Department of Justice, BuCor’s mother agency, to submit a proof of compliance of the suspension order within five days. /tsb /atm 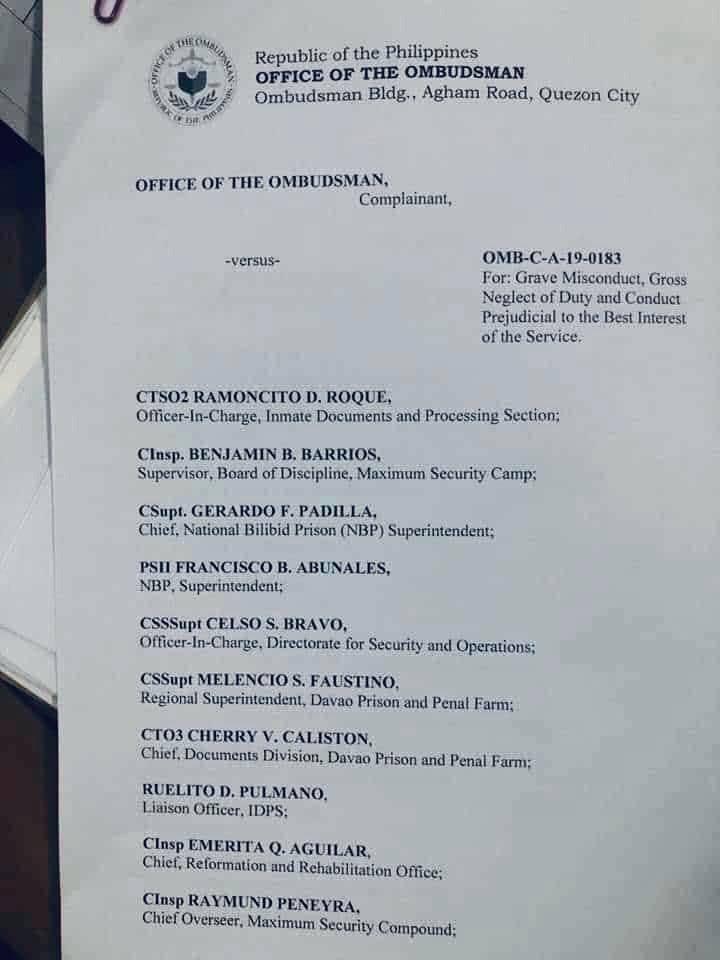 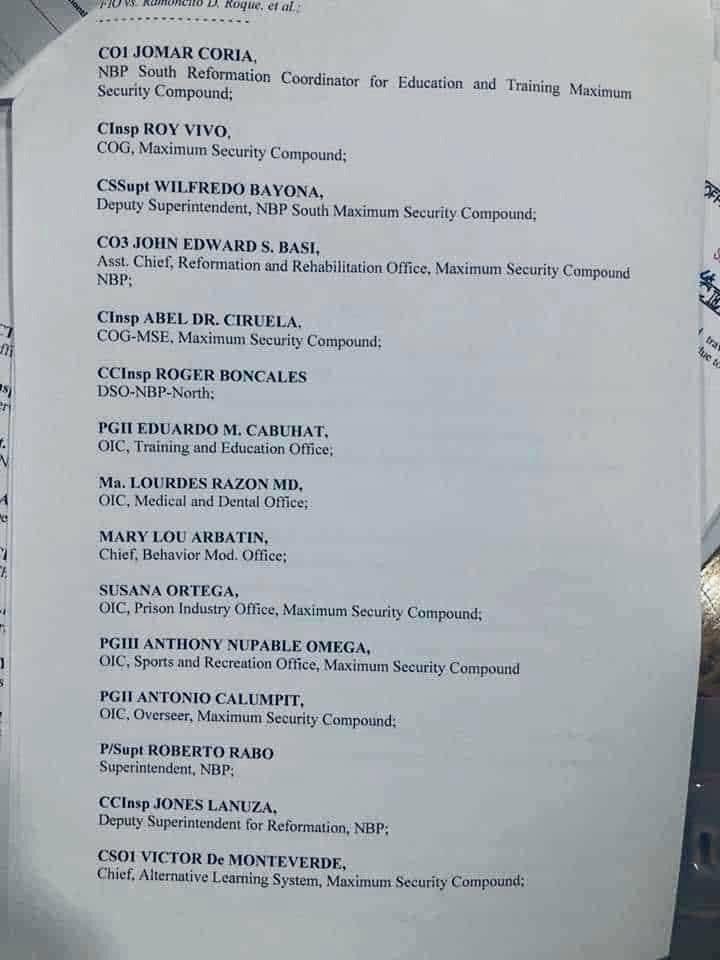 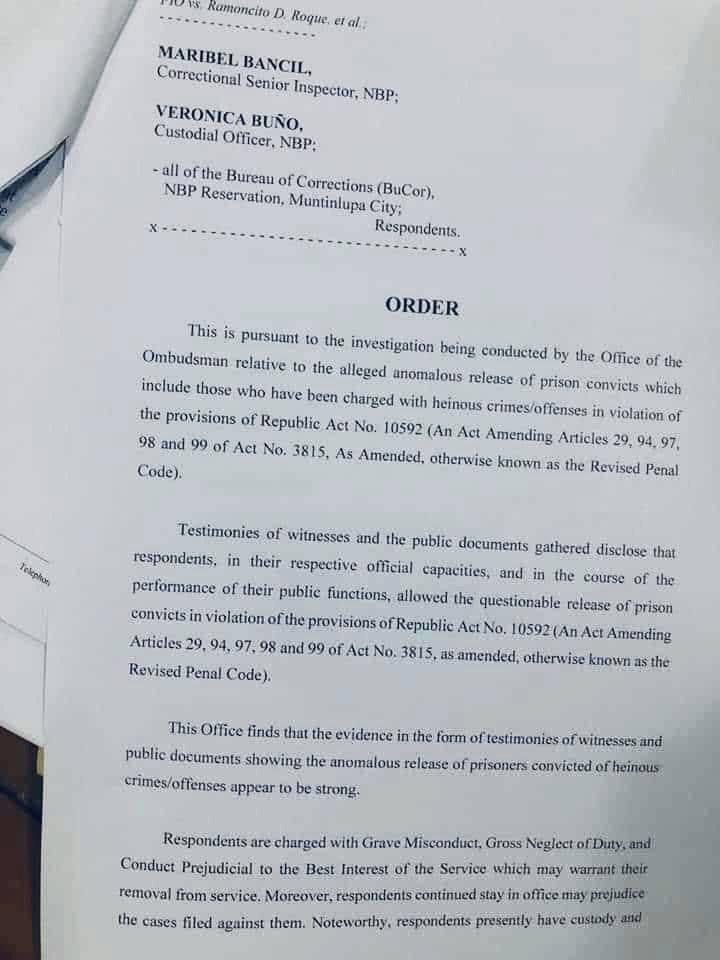 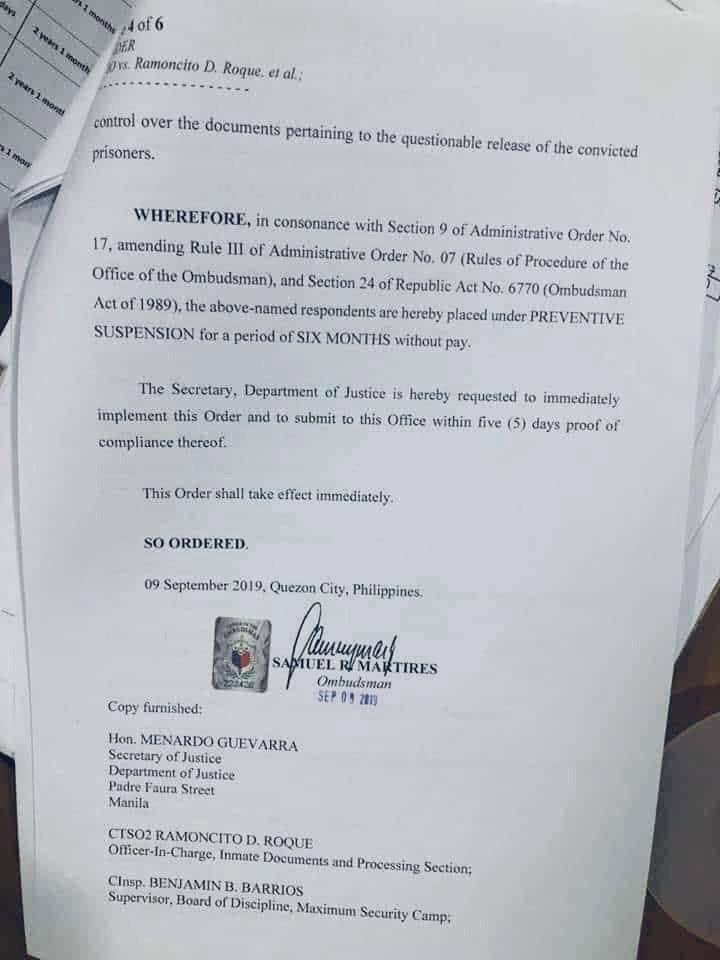