A couple from Pennsylvania, United States was charged with theft after spending over $100,000 (over P5 million) of an amount that was mistakenly deposited into their bank account.

A teller at BB&T bank unintentionally transferred a total of $120,000 (over P6.2 million) to Robert and Tiffany William’s shared account last May 31, as per Williamsport Sun-Gazette last Friday, Sept. 6. 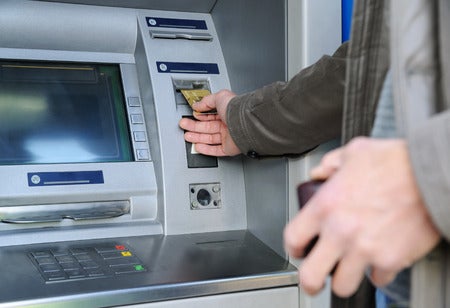 The money was supposed to be deposited into the account of an investment company, Dimension Covington Investment LLC.

The clerical error was discovered on or before June 20, days after the transfer, as per report. The money was then transferred from the Williams’ account to the correct one.

Following the correct transfer, the bank informed Tiffany that she and Robert were “responsible for the return of all the funds,” police officer Aaron Brown said in the report.

She explained they “no longer had the funds,” pointing out that they had spent it to pay off their bills. Meanwhile, her husband reportedly spent a “great portion” on a four-wheeler vehicle. Tiffany said she and her husband would create a “repayment agreement” with the bank.

According to an affidavit, the Williams only had a total of $1,121 (about P58,000) in their account prior to the misplaced money. The report stated that after the misplaced funds were removed from the couple’s account, they gained a $107,416 (over P5.5 million) overdraft for withdrawing more than the balance they initially had.

Police were involved in the case after the couple could not be contacted by the bank earlier this July. Later in the same month, the couple admitted to investigators that they knew the money was not theirs, yet still chose to spend it.

The Williams appeared in court last Tuesday, Sept. 3 for charges of theft and receiving stolen property. As per report, they were released on bail, set at $25,000 (around P1.2 million) each. Ryan Arcadio/JB