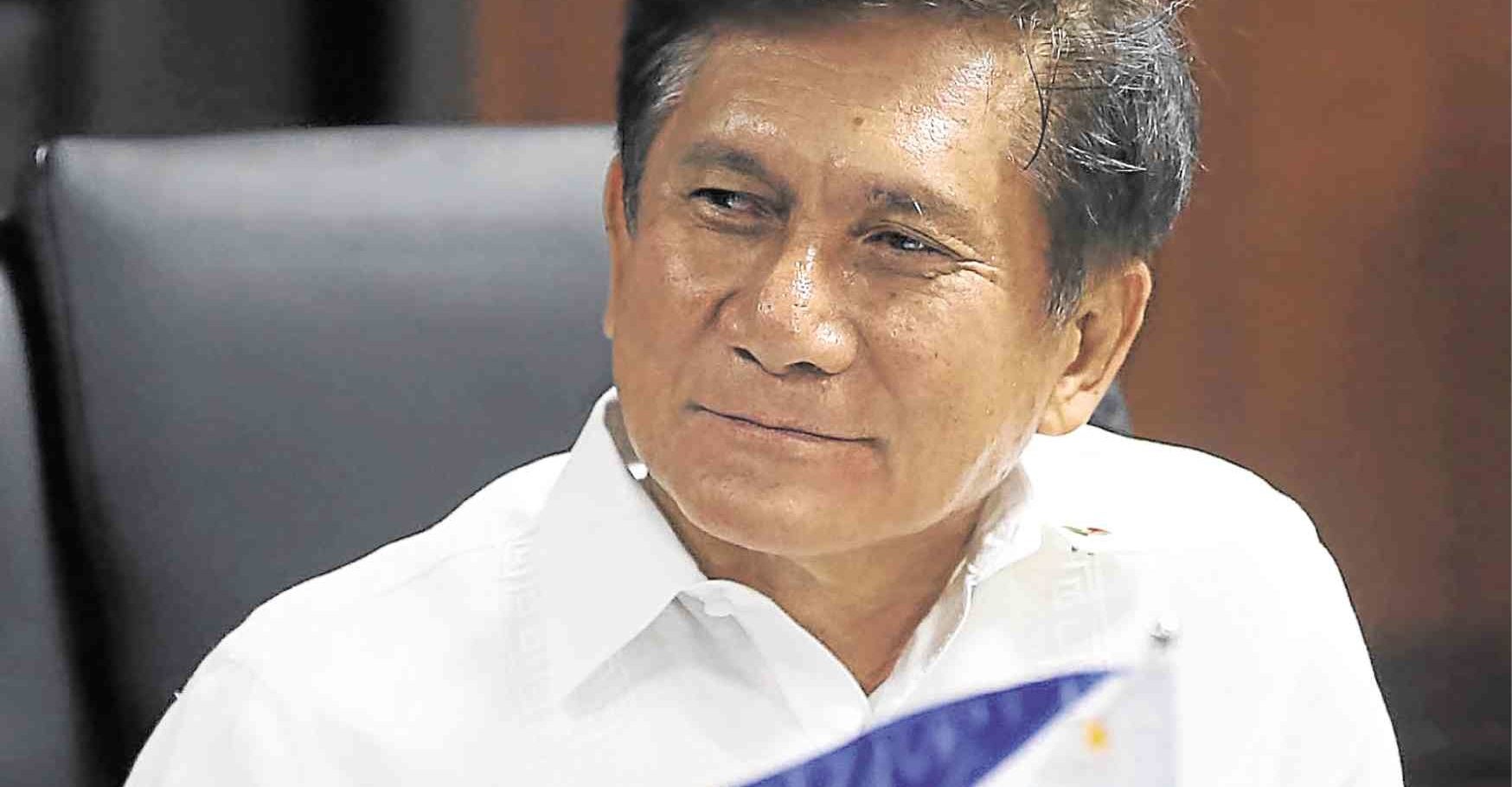 Environment Secretary Roy Cimatu has called for the creation of an enforcement bureau within the Department of Environment and Natural Resources (DENR), following the killing of a forest ranger by timber poachers in Palawan province last week.

During the agency’s budget hearing in the House of Representatives on Friday, Cimatu admitted that the DENR still lacked teeth in enforcing the country’s environmental laws, while many frontline officers remained at risk.

“We believe that the creation of an enforcement bureau under the DENR can effectively stop illegal logging, smuggling of wildlife species and other environmental crimes,” he said. “We hope that there would be a law to help us.”

Cimatu, a former chief of staff of the Armed Forces of the Philippines, also said during the hearing that he had initiated training of enforcers in handling weapons, particularly shotguns.

The DENR’s enforcement officers, including forest rangers, are not allowed to bring weapons in their patrols. Instead, they are accompanied by soldiers or policemen in their operations.

Some DENR personnel, however, still resort to patrolling on their own when their armed escorts are unavailable, the agency’s officials said.

According to Henry Adornado, DENR director in Mimaropa (Mindoro, Marinduque, Romblon, Palawan), the agency’s forest rangers are under the supervision of the DENR’s Forest Management Bureau.

With the death of forest ranger Bienvinido Veguilla Jr. last week, the environment department also renewed its call to Congress to allow its enforcement personnel to carry weapons to protect themselves.

Veguilla was killed by suspected illegal loggers that his team had caught in the act of cutting lumber in El Nido town.

Veguilla, who carried a .45-caliber gun, managed to shoot one of his attackers, Filman Flores (not Fernan Flores as earlier reported), before he died from hack wounds.

Flores, who was hit in the abdomen, died in a hospital on Saturday afternoon.

Also on Saturday, another suspect, Ruel Fulgencio, was wounded in a shootout with policemen when he tried to resist arrest in Barangay Corong-Corong, El Nido.

The police filed murder charges against the suspects on Friday.

“This is a welcome development. Police acted fast on [Veguilla’s] case,” Adornado said.

Green group Kalikasan People’s Network for the Environment (Kalikasan) has called the attention of the Commission on Human Rights to Veguilla’s killing.

Kalikasan national coordinator Leon Dulce noted that Veguilla was the 18th environmental defender killed in Palawan since 2001, making the province the third deadliest for environmentalists in the country.

“The culture of impunity is clearly affecting environmental defenders even from the ranks of government itself,” he said in a statement. “Defenders, both in and out of the government, are neglected by the state … There should be a greater state support for our forest rangers and voluntary paraenforcers.” —With a report from Madonna Virola