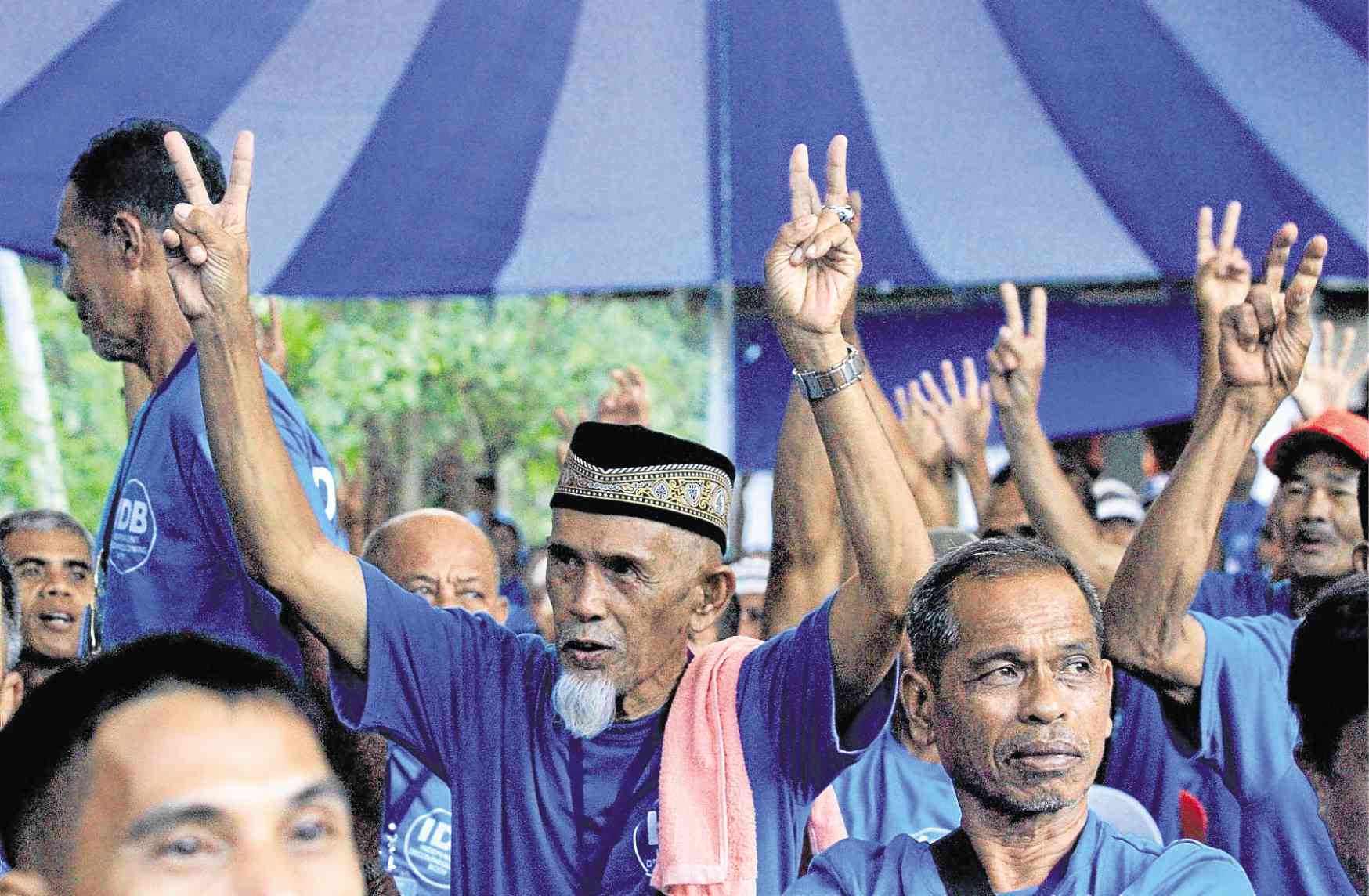 First to go were 1,060 fighters, mostly based around its administrative base, Camp Darapanan, and 920 assault rifles and weapons like mortars and .50-caliber machine guns, and hundreds of rocket propelled grenades and launchers.

About 12,000 fighters and at least 2,000 weapons are expected to be “put beyond use” by March 2020 as the second phase of the decommissioning process is completed.

“We will continue to uphold our part of the bargain,” Murad said.

He thanked the President for “his steadfast support” for the passage of the Bangsamoro Organic Law and its ratification during a plebiscite early this year.

“This is a huge step to achieving lasting peace in Mindanao,” the President said in his message to the former fighters.

Saturday’s historic ceremony marked the start of the series of similar processes in various locations in Mindanao.

The government is providing at least P1 million worth of assistance for every decommissioned combatant, spread across three to five years, said Presidential Peace Adviser Carlito Galvez Jr.

A one-time cash assistance of P100,000 was received by each former combatant during Saturday’s ceremony.

“For many years, our training has been grounded on armed struggle. We will now face a different kind of struggle to transform ourselves into civilians,” said Murad, who is also chief minister of the interim Bangsamoro government. —With reports from Richel Umel and Sheila Mae dela Cruz

Read Next
War vets’ tales to teach children to defend PH
EDITORS' PICK
‘NCR Plus’ to be under MECQ starting April 12 until April 30 — Palace
Pru Life UK receives four golden arrows for solid corporate governance
Pre-order the new vivo Y20s [G] to get a free TWS earphone
Malls adjust ‘NCR Plus’ operating hours for April 12-30 MECQ
Speed up your game with the new vivo Y20s [G]
Metro Manila to have shortened curfew hours from 8 p.m. to 5 a.m. under MECQ
MOST READ
Stop ‘creeping occupation’ of ‘militia’ boats in WPS, Pacquiao asks China
Bea Alonzo clarifies status of her relationship with Dominic Roque
Convicted former aide of Sen. Bong Revilla dies — BuCor
Locsin to China: ‘Then move out’
Don't miss out on the latest news and information.