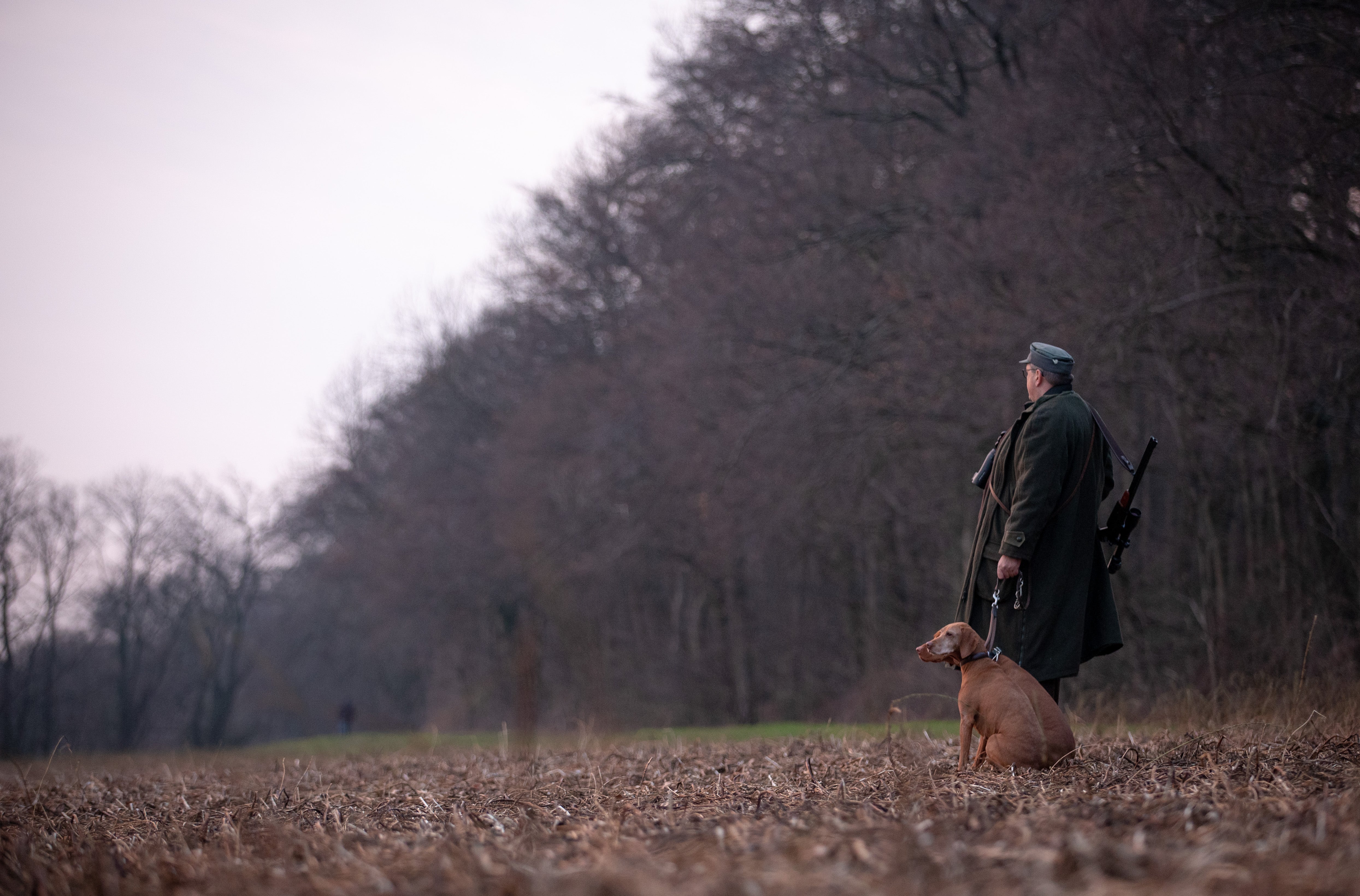 A German hunter looks on next to his dog on February 20, 2019 in a field in Bielefeld. The city has offered a reward of 1 million euros to anyone who can prove it doesn’t exist. (dpa / AFP)

BERLIN  — Around 2,000 people are vying to win 1 million euros ($1.1 million) offered by a German city to anyone who can deliver solid proof it doesn’t exist.

Officials in Bielefeld announced the competition last month, saying that there are “no limits to creativity” but only incontrovertible evidence will be rewarded. The idea that the western city doesn’t exist was first floated by computer expert Achim Held, who posted the satirical claim online in 1994 to poke fun at internet conspiracy theories.

The city’s marketing agency said Thursday it received more than 2,000 emails by Wednesday night’s deadline, around 300 from abroad. It will announce a result Sept. 17.