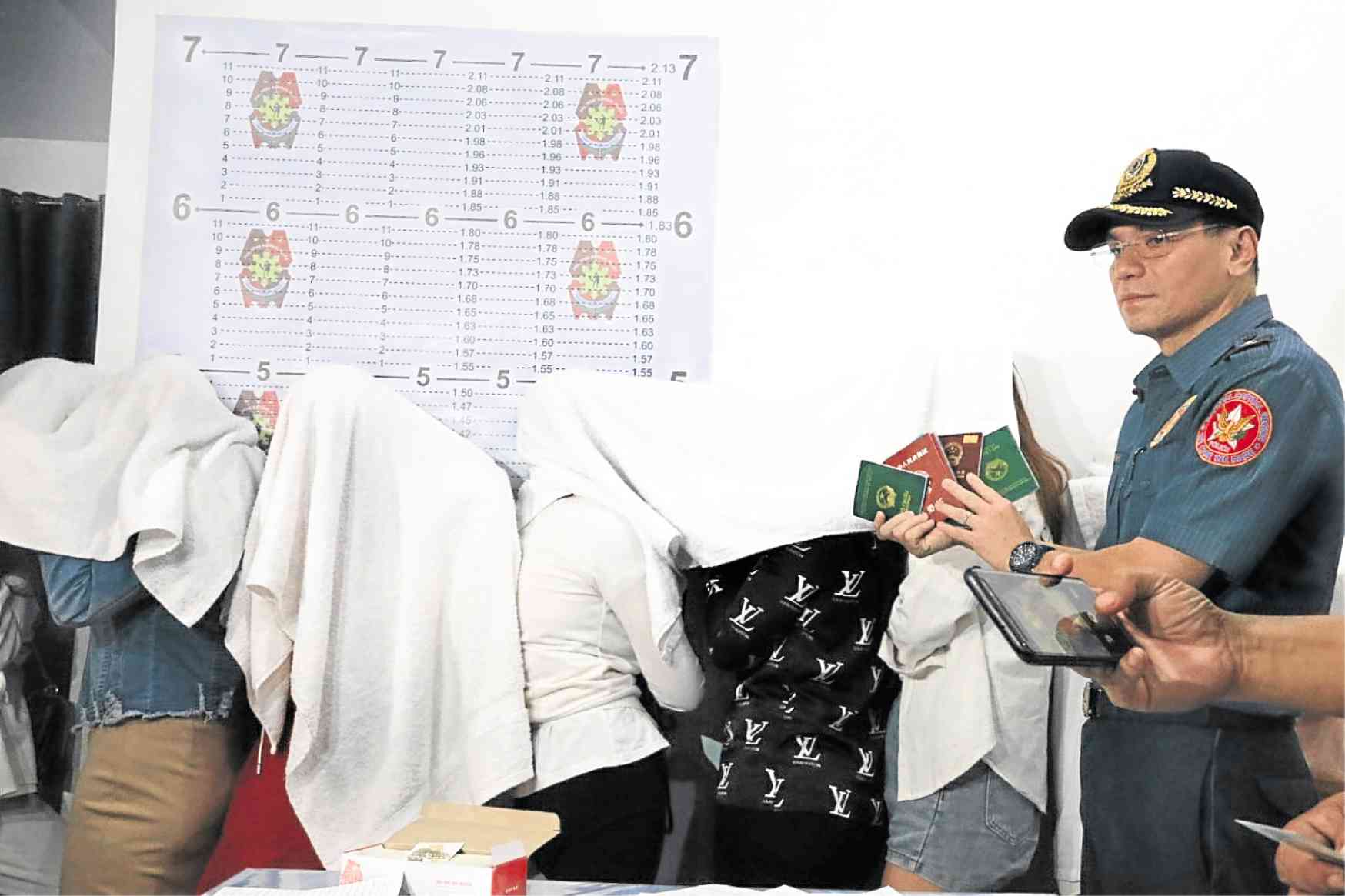 Six Vietnamese women were rescued by the police from an alleged prostitution den in a condominium building in Makati City run by two Chinese women.

The women were found by policemen in four rooms of the condominium complex in Barangay San Antonio.

Operatives found one of the Vietnamese women sleeping with a Chinese man in one of the rooms. Boxes of China-made condoms and promotion cards with Chinese characters were seized from the suspects.

Police discovered the suspects and the victims were in the country with only travel visas, and already had departure tickets before their visas expire.

Foreigners, particularly Chinese men working in nearby offices of Philippine offshore gaming operators (Pogos) were the patrons of the prostitution business, according to the NCRPO chief, Police Maj. Gen. Guillermo Eleazar.

There are 58 accredited Pogos in the country, with some 138,000 workers. Most of the Pogos employ Chinese workers and cater to mainland Chinese gamblers.

Based on their promotion messages, there were Vietnamese, Chinese and Malaysian women being trafficked in one of the four condominium units called a “show room” where clients can make a choice.

The transactions reportedly took place over a Chinese social media app, where each of the victims could be hired for at least P9,000 for “to-go” services.

The customers could also rent any of the three condominium units for P4,500 per night.

The Metro Manila police chief said they would investigate how these prostitution rings involving foreigners were able to operate in the country and go after the people behind the flesh trade.

“We should check the increasing number of foreigners in the country so we could prevent them from committing crimes in our country, especially if it involves preying on women who were brought here to become sex slaves,” Eleazar said.

The Chinese suspects were detained at the NCRPO headquarters in Camp Bagong Diwa, facing charges of violation of the Anti-Trafficking in Persons Act.

The Vietnamese women were turned over to the Makati social welfare and development office. Authorities were already coordinating with the Vietnamese Embassy so they could return to their country.

Citing data from the Bureau of Immigration, the Department of Tourism (DOT) said a record-breaking 7.1 million foreigners visited the country last year, most of whom were Korean and Chinese.

The DOT targets to attract 8.2 million foreign travelers this year.