Cayetano backs firing of Faeldon, other solons want him charged 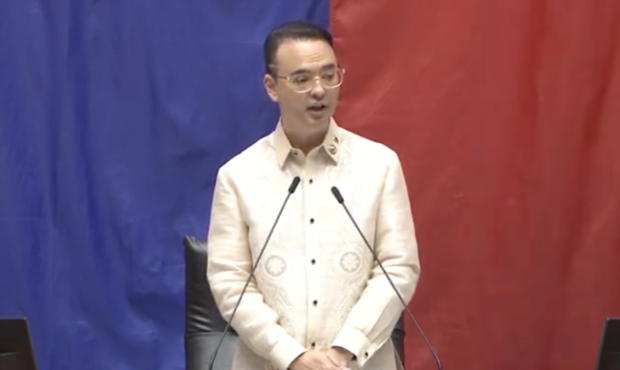 READ: Faeldon: ‘I most humbly bow to my commander-in-chief’s order’

“We are already more than half of the term of our President. Almost every month, he still catches some problem anomaly, because it’s really endemic,” the Taguig-Pateros representative added, speaking partly in Filipino.

“We all know that when there’s grave abuse of discretion, it amounts to not having jurisdiction. On the other hand, if there’s jurisdiction, as far as the people released are concerned, because they’re not qualified under the law, the order to release them will be invalid,” Cayetano said.

“So I support President Duterte unless the Supreme Court orders otherwise — that those who committed heinous crimes would really have to pay society for them.”

Meanwhile, Bayan Muna Rep. Carlos Zarate said in a statement that charges must be filed against Faeldon and the others who “made a mockery of our laws.”

For her part, Deputy Minority Leader Janette Garin said the President did the right thing given Faeldon’s “obvious usurpation of power, lapses in judgment and questionable decisions.”

“My only hope is that Mr. Faeldon be held accountable for his misdeeds and that he does not get reappointed again in any position that will trump this administration’s efforts to combat corruption,” the Iloilo representative added.

Faeldon was criticized for signing a “memorandum of release” for rape-murder convict Antonio Sanchez, a former mayor of Calauan in Laguna, despite questions about his qualification for the good conduct time allowance (GCTA).

Republic Act No. 10592 provides guidelines for the GCTA, under which an inmate can deduct from his total sentence.