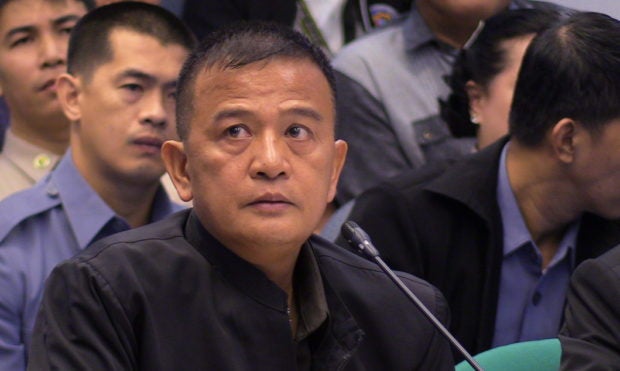 MANILA, Philippines — President Rodrigo Duterte on Wednesday fired Bureau of Corrections (BuCor) chief Nicanor Faeldon amid the controversy on the release of heinous crimes convicts on the basis of the good conduct time allowance law.

“I decided last night… I am demanding the resignation of Faeldon immediately,” the President said.

“Faeldon has to go because Faeldon disobeyed my order,” he added.

Asked if he was firing Faeldon, the President said: “Yes.”

He said he had ordered Faeldon and Justice Secretary Menardo Guevarra not to release inmates “until further orders by higher authority.”

The President also said he would order the Office of the Ombudsman to look into possible corruption in the release of the heinous crime convicts.

During the inquiry, it was revealed that he had allowed the processing of Sanchez’s release but stopped it due to massive public outcry and the President’s order not to release Sanchez.

Before his stint at the BuCor, Faeldon was chief of the Bureau of Customs. He resigned after a P6.4-billion shipment of crystal meth managed to slip into the country in 2017.

Despite the controversies Faeldon was involved in, the President reappointed him to the Office of Civil Defense before picking him as BuCor chief.