Over 100,000 drug addicts given treatment at public hospitals, drug rehabilitation centers in Myanmar 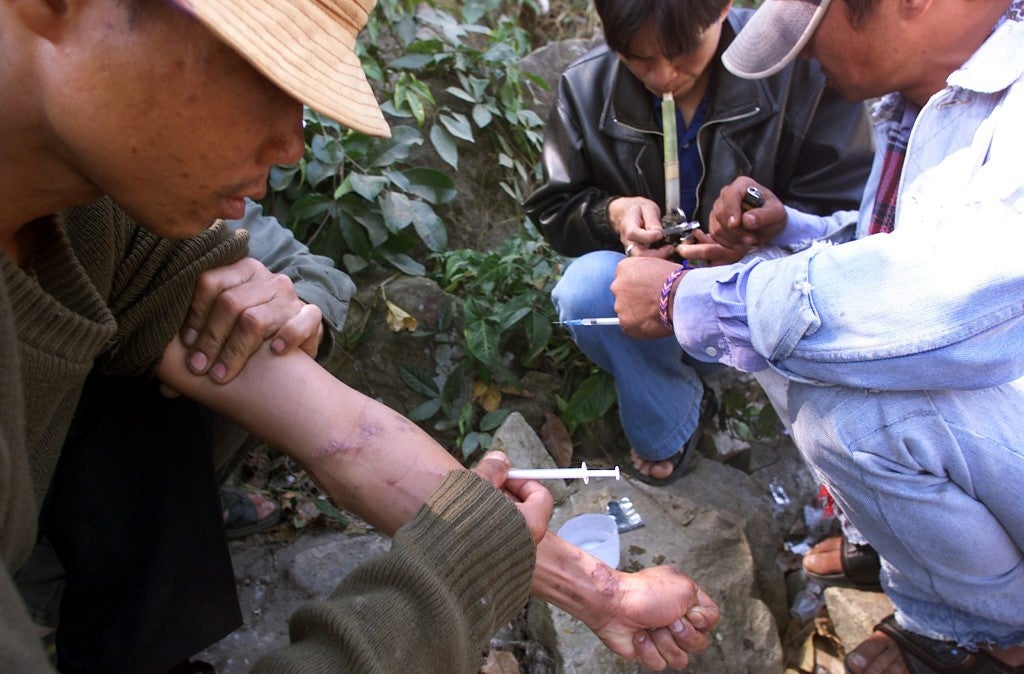 NAYPYITAW — More than 100,000 drug addicts, mostly heroin abusers, received treatment at public hospitals and drug rehabilitation centres across Myanmar, according to sources from the Ministry of Health and Sports.

There were 37,300 hectares of poppy plantations across the country last year and the amount was significantly reduced compared to 2017. The country’s poppy cultivation acreage has been decreasing since 2014, the survey showed.

There were only 1,200 hectares of poppy plantations in Chin and Kayah states.

There are now 26 large drug rehabilitation centres and 44 small centres.