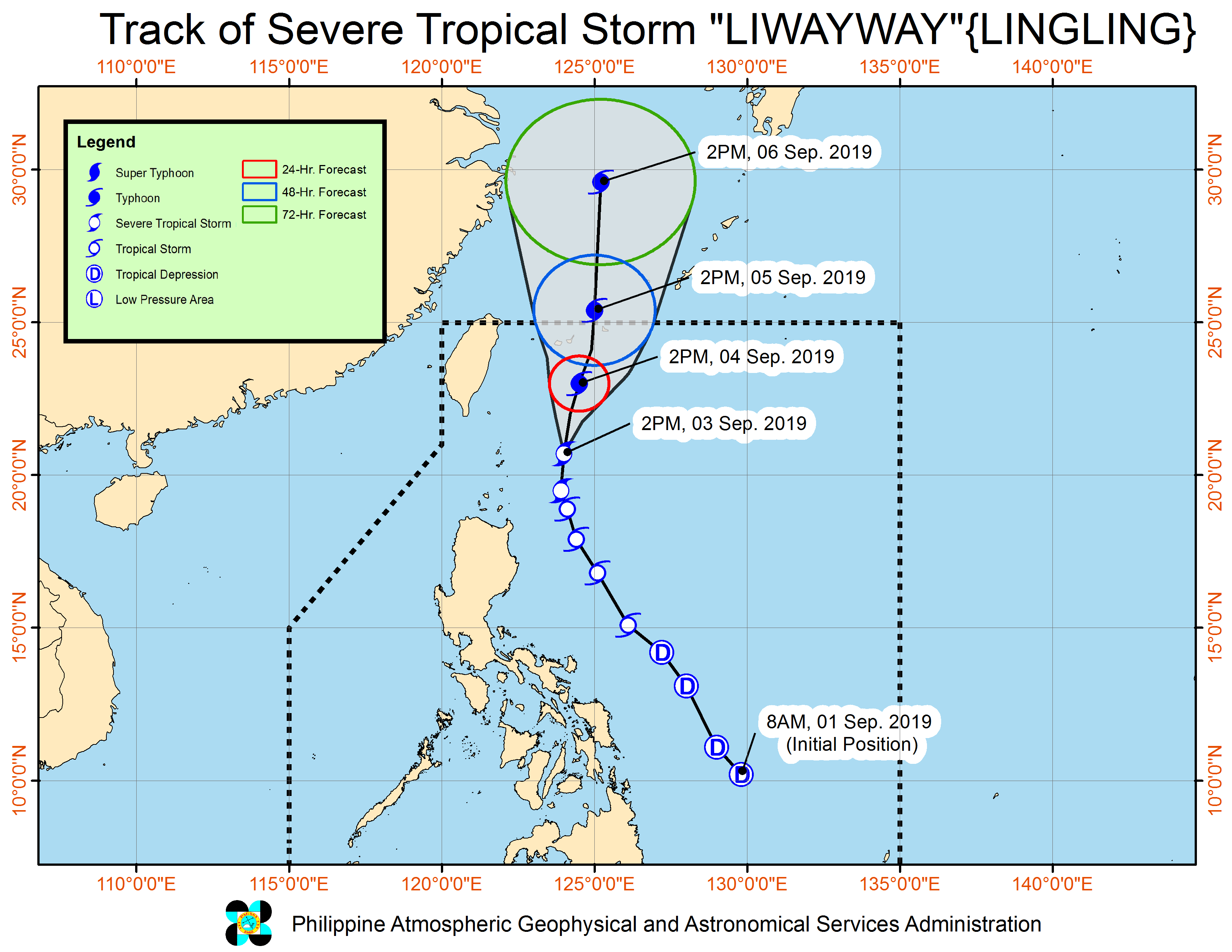 Track of “Liwayway.” PHOTO FROM DOST-PAGASA

MANILA, Philippines — Tropical Storm “Liwayway” continues to intensify as it moves towards the north, the Philippine Atmospheric, Geophysical and Astronomical Services Administration (Pagasa) announced in its Wednesday afternoon forecast.

Pagasa said that as of 4 p.m., Liwayway is now packing a maximum sustained winds of 110 kilometers per hour (kph) and gustiness of 135 kph.

The weather bureau said that it was last spotted at 225 kilometers east of Basco, Batanes and is moving north at a speed of 15 kph.

Tropical Cyclone Number 1 is still raised over the Batanes area.

Given the updated statistics, Pagasa said that Liwayway will bring light to moderate with intermittent heavy rains over Batanes and Babuyan islands.

The bureau also advised the residents of Batanes to take precautionary actions against potentially strong winds. It also warned fisherfolks as sea travel over the seaboards of Luzon remains risky due to potentially rough sea conditions.

Aside from the weather disturbance, Pagasa also noted that the southwest monsoon would bring scattered light to at times heavy rain showers over Ilocos Region, Central Luzon, Metro Manila, CALABARZON, northern portions of Palawan, Mindoro Provinces, and the rest of Cordillera Administrative Region.

Residents of the said areas should brace for possible flash floods and landslides, Pagasa said. /je