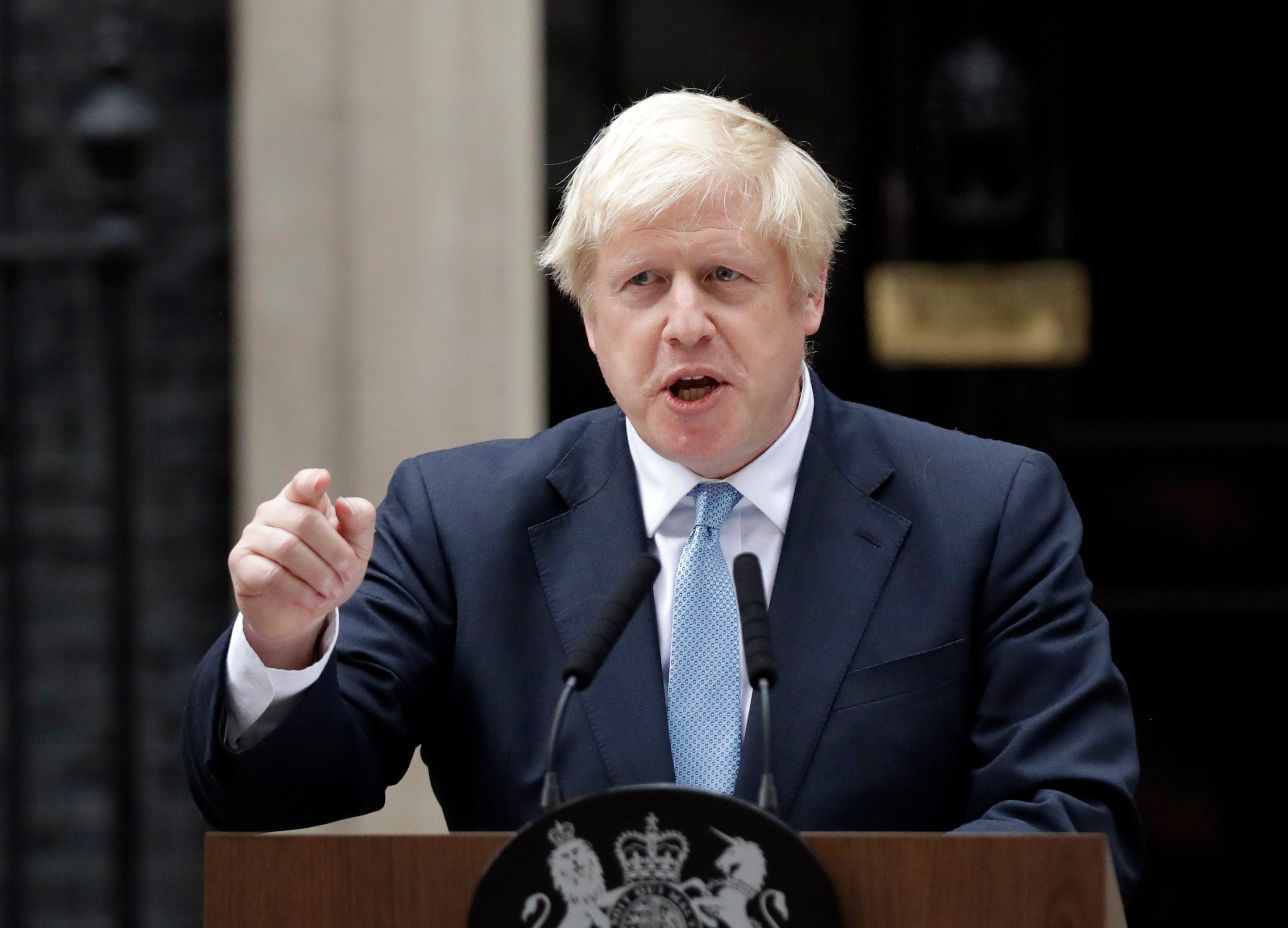 Britain’s Prime Minister Boris Johnson speaks to the media outside 10 Downing Street in London, Monday, Sept. 2, 2019. Johnson says he doesn’t want an election amid Brexit crisis and issued a rallying cry to lawmakers to back him in securing Brexit deal. (AP Photo/Matt Dunham)

LONDON  — Parliament was reconvening Tuesday for a pivotal day in British politics as lawmakers challenged Prime Minister Boris Johnson’s insistence that the U.K. will leave the European Union on Oct. 31 even without a deal.

Amid loud cries from protesters on the streets surrounding the House of Commons, lawmakers returned from their summer recess with a key piece of legislation on their agenda that would prevent an immediate no-deal exit. If it passes this week, Johnson’s Downing Street office says he’ll call an early election.

Johnson has tried to crack down on members of his Conservative Party who oppose his Brexit plans, warning them they would be expelled from the party if they supported the parliamentary efforts to block or delay Brexit.

Former Treasury chief Philip Hammond — one of the Conservative rebels — said that he expected there would be votes to take control of business in the House of Commons on Tuesday. If those pass, the legislation to block no-deal would be considered the following day.

“Many colleagues have been incensed by some of the actions over the past week or so, and I think there is a group of Conservatives who feel very strongly that now is the time to put the national interest ahead of any threats to us personally or to our careers,” Hammond told the BBC. “I think there will be enough people for us to get this over the line today.”

As Brexit faces crucial days, international investors are showing concern.  The pound sterling fell as low as $1.1960 on Tuesday, down about a cent on the day before, stabilizing around $1.1990.

That was its lowest level since a “flash crash” in October 2016, when uncertainty after the Brexit vote was particularly high.

A no-deal Brexit is considered dangerous because it will sever decades of seamless trade with the single market of 500 million. But Johnson insists the potential for leaving without a deal must remain as a bargaining chip in negotiations with the EU.

The bloc is adamant it will not renegotiate the agreement struck with former Prime Minister Theresa May, which Johnson considers unacceptable.

Johnson’s supporters said lawmakers were weakening the government’s negotiating position with the EU.

“The one thing that has helped focus minds in the EU is that we’re leaving come what may and we’ve got a very focused task of what a good deal would look like,” Foreign Secretary Dominic Raab told ITV. “But the lingering doubt they’ve got is: Will the shenanigans in Parliament somehow lead to the cancellation or the delay of Brexit?

“That’s encouraging them, and weakening our position to actually get the deal we all want.”  /muf