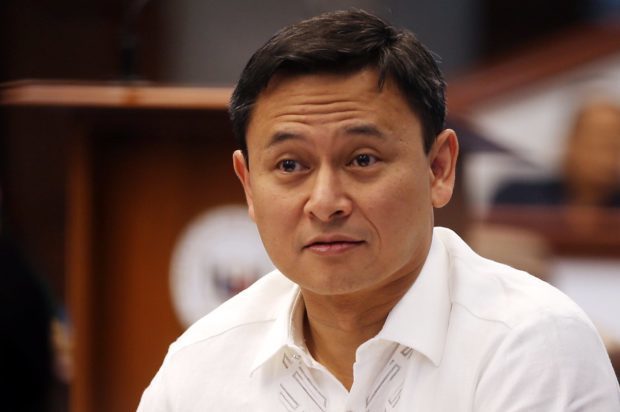 The original provisions on the GCTA are contained in Republic Act No. 10592, which amended the Revised Penal Code, specifically by increasing the GCTA given to inmates.

Angara filed the bill more than a week after news broke out that convicted rapist and murderer Antonio Sanchez, a former mayor of Calauan, Laguna, could be released earlier for good conduct.

“Due to the immense discretion provided to the implementing agencies on the operationalization of time allowances as well as in the determination what constitutes good conduct, the law is allegedly being exploited to benefit undeserving felons,” Angara said in the bill’s explanatory note.

“Worse, recent reports have surfaced detailing how those convicted of heinous crimes are using a ‘loophole’ of the law to avail of time allowances — even when the offenders were charged with other crimes while still in jail. It should be highlighted that this is not, and never has been, the intention of RA 10592,” he added.

The bill proposes the following amendments to RA 10592:

Confusion over the inclusion or exclusion of persons convicted of heinous crimes was among the issues surrounding the GCTA law.

But under Angara’s proposed amendments, heinous crimes include, but are not limited to, treason, piracy, qualified piracy, qualified bribery, parricide, murder, infanticide, kidnapping, and serious illegal detention, robbery with violence against or intimidation of persons, destructive arson, rape, plunder, carnapping and violations of the Dangerous Drugs Act.

Excluded from the GCTA law are recidivists, habitual delinquents, escapees, and persons convicted of heinous crimes.

The offended party will be given 30 days to comment from the receipt of the notice.

Prison authorities are also ordered to publish the names of those considered for early release for their good conduct. Any party may submit written objection or comments not later than 30 days from the date of publication.

In an earlier press conference, the BuCor said a total of 1,914 heinous crime convicts were freed because of the application of the GCTA since 2013.

Among these number are the following: 797 are convicted of murder, 758 of rape, 274 of robbery with violence, 48 of violating the Comprehensive Dangerous Drugs Act, 29 of parricide, five of kidnapping with illegal detention, and three of destructive arson.