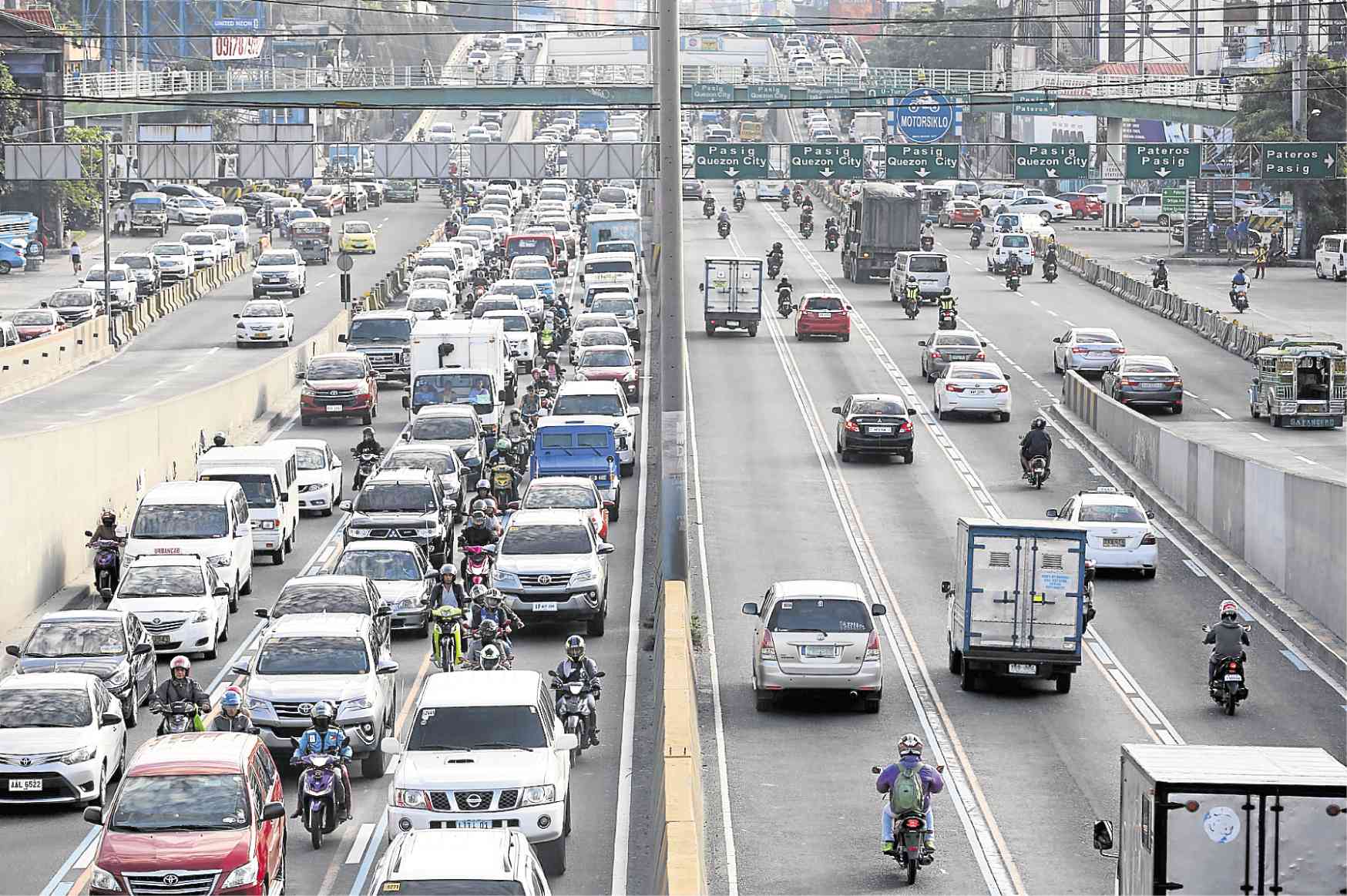 DOABLE? One of the proposals submitted to the MMDA calls for C5 to be turned into a one-way, northbound thoroughfare, with Edsa as a one-way, southbound road. —NIÑO JESUS ORBETA

As the traffic problem worsens in the metropolis, the Metropolitan Manila Development Authority (MMDA) has been hearing from a lot of concerned citizens who have their own ideas for easing congestion, especially on Edsa.

While other recommendations were already being implemented by the MMDA like adding more bus stops and hiring more traffic enforcers, there were some which seemed rather unusual, based on the observation of MMDA spokesperson Celine Pialago.

Another was made by Ariston Gorospe, who identified himself as a Philippine Amusement and Gaming Corp. consultant. He pushed for converting the number coding scheme into one based on car models.

This meant that instead of the last number of their license plates, vehicles would be grouped according to brands.

Under Gorospe’s proposal,  vehicles manufactured by Toyota—which account for the majority of vehicles in Metro Manila—and Lexus, would be banned from roads on Mondays. On Tuesdays, the ban would apply to Mitsubishi, Hyundai and Nissan vehicles and so on.

Gorospe said he based his system on the Land Transportation Office’s list of vehicles sold in 2018.

In a letter to MMDA chair Danilo Lim earlier this month, Gorospe said he believed his system would help ease traffic.

He also offered his services to the agency as a consultant, saying he was driven by a “burning desire to be a valuable partner to your organization.”

Pialago, however, said the MMDA had tabled his proposal, noting that it was one of the more “extreme” ones they had seen in a while.

“We appreciate this and what we want to get across is that our agency does not create policies on its own,” she said. “We accept all of them. Because with the chaotic situation that we have right now, who knows, maybe a drastic measure is what we need.”