MPD to roll out bike squad to patrol tourist spots 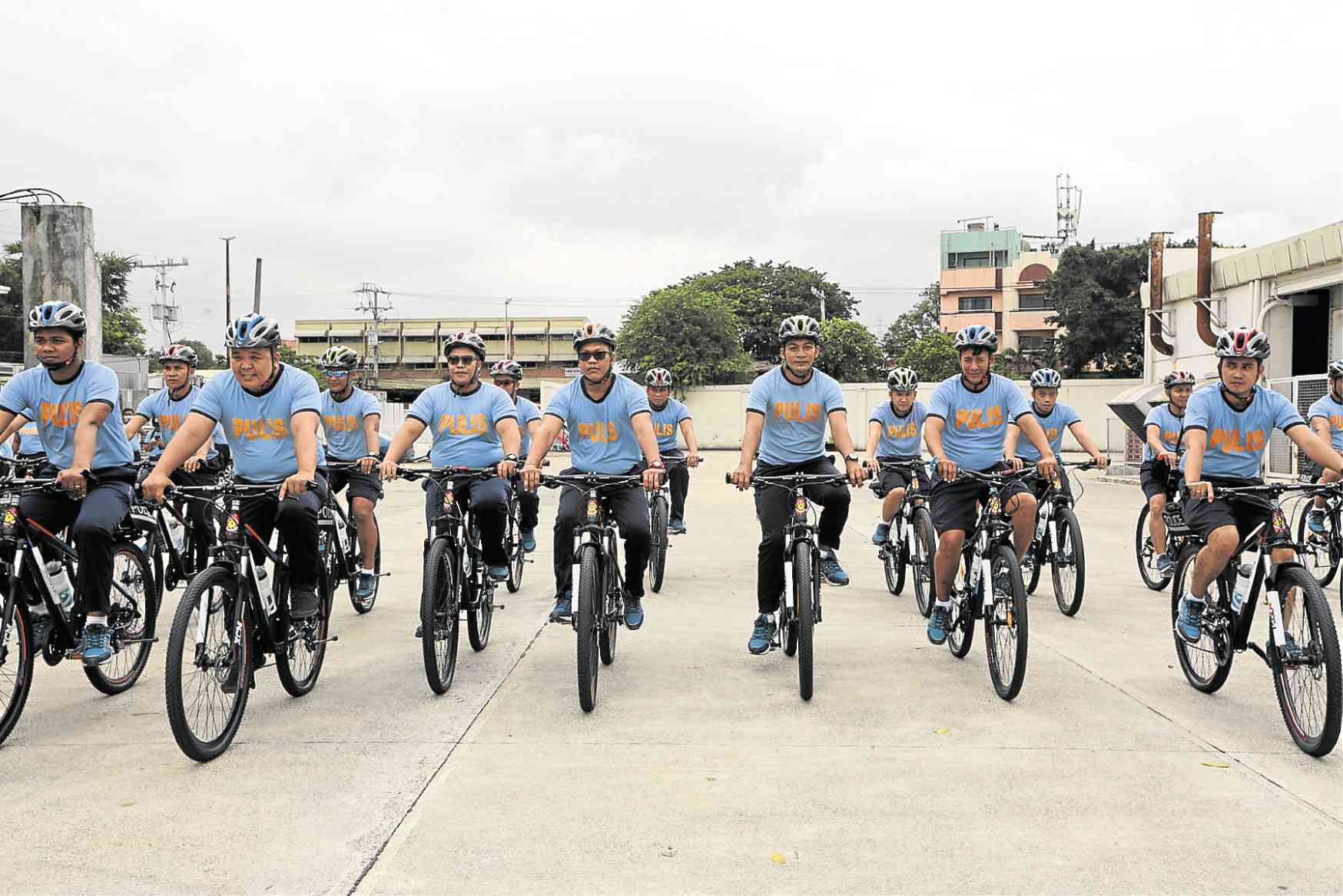 The Manila Police District (MPD) will soon be deploying its men on bicycles, according to Police  Brig. Gen. Vicente Danao, the district director.

Some 100 Manila policemen started undergoing a five-day bike training last week in preparation for their deployment to areas frequented by tourists like Rizal Park and Intramuros.

Clad in type C police uniform (blue shirt and shorts), reflective vests and helmets, they will patrol in pairs.

“Police officers must be trained properly because the bikes could be used as a weapon of would-be criminals,” Danao said.

According to him, he got the idea from the New York Police Department which has a bike squad.

A bicycle aficionado, Danao implemented the program in Davao City when he once served as police director, patrolling the area on his mountain bike.

“The bike patrol not only [had] a positive impact [on] the community, but it also became a tourist attraction,” Danao told the Inquirer.

In Davao, visitors would take photos with the policebike squad, he said.

While the main purpose of the bike patrol was to curb criminality, police bike riders could also become the first responders as mobile cars were often caught in heavy traffic. They could also give immediate medical assistance as their bikes carry first aid kits.

Other Manila police stations were also encouraged to use bikes because these were  more economical and environment-friendly. Cycling is also beneficial because it is a form of exercise, Danao said.

The 50 bicycles were donated by the Public Safety Savings and Loan Association Inc.

Danao, however, said it would be ideal to have 200 bikes to increase police visibility in the city.