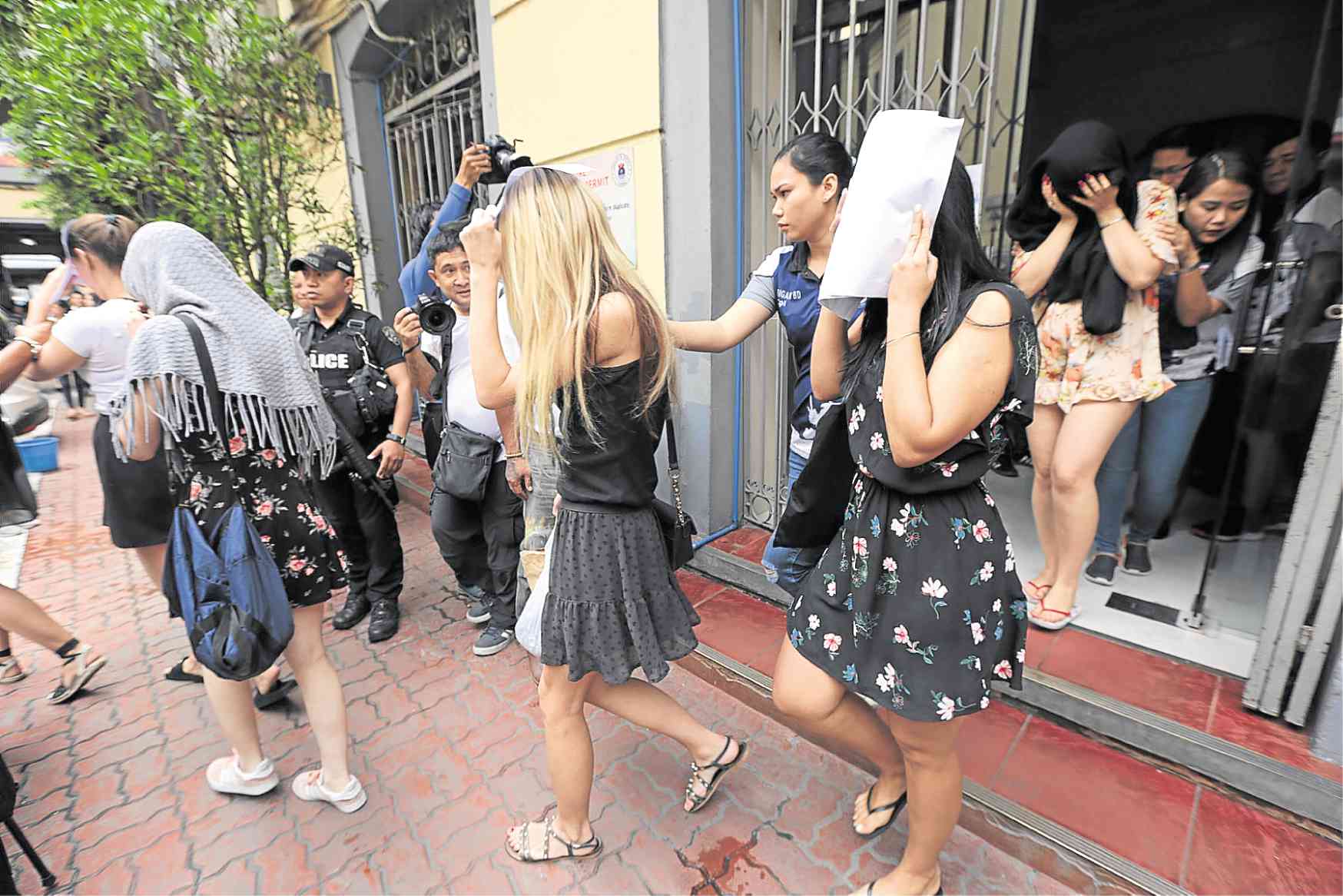 NO WORKING PERMITS Ten foreigners caught working illegally inside a Manila club are taken to the city hall after their arrest on Wednesday night. —GRIG C. MONTEGRANDE

Ten foreigners allegedly working as entertainers at a club in Manila without the necessary documents were arrested on Wednesday night.

Based on the information given to SMaRT, the Bureau of Immigration issued special permits to the suspects that allowed them to work. The permits, however, expired in November 2018.

The suspects were uncooperative, said Ibay, and had refused to present their passports.

They are currently detained at the SMaRT office in city hall with charges of violating the 2013 Omnibus Revenue Code of the City of Manila being prepared against them.

In an interview, Police Brig. Gen. Vicente Danao, the MPD director, said they were investigating if the arrested women were victims of human trafficking.

He added that the MPD had  had gotten information about violations being committed by entertainment establishments.

“We have been receiving intelligence reports that there are some clubs with so many violations. [It’s not] because they have [foreign workers] but because of violations like [they have] no business permits which is a very essential document that every establishment should have. They should also have working papers for their workers,” Danao said.