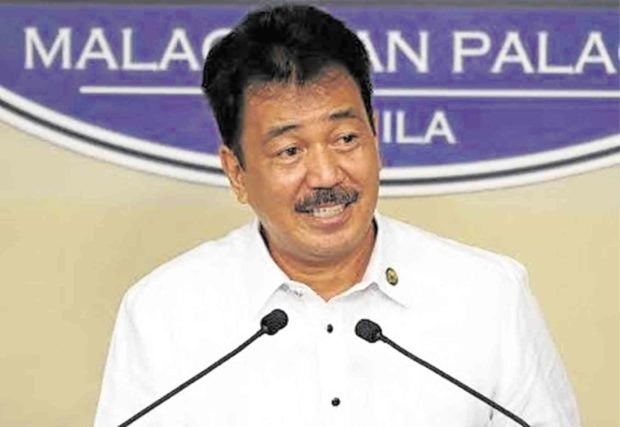 MANILA, Philippines — Commission on Higher Education (CHED) Chairman Prospero De Vera III claimed Tuesday that “portions of the UP (University of the Philippines) campus” have been “identified as areas where there is prevalence of drugs.”

De Vera issued the statement during a press briefing at Camp Crame in Quezon City, as he expressed support for the increased cooperation of the Philippine National Police (PNP) to fight criminality, drugs, and violent extremism inside campuses.

“‘Pag may krimen sa loob ng (If there is crime inside the) campus do they (school authorities) have the necessary skills to apprehend? We should not be expecting those in the academe to become policemen. They don’t have the skills. They don’t have the training,” said De Vera, who was vice president for public affairs of the UP System from 2011 to 2016.

“Maybe what the media should investigate is: What is the capability of the UP police to handle the drug problem inside the campus, because there are portions of the UP campus identified as areas where there is prevalence of drugs, for example,” he asserted without specifying which UP branch he was referring to.

He called the supposed drug problem within the premier state university as “worrisome.”

“The drug situation inside the campus; it is worrisome because I have seen reports that there is a prevalence of drug problem inside the campus. Do the UP police have the capability to address that problem?” he said.

PNP chief Gen. Oscar Albayalde, however, said they have not identified a suspected drug personality inside UP as alleged drug activities inside the campus were not being monitored by policemen.

“But of course kung may ma-monitor kaming ganyan, and there is information, nobody is excused kahit saan ka pa nakatira at kahit sino ka pa (But of course if we monitor that activity and there is information, nobody is excused no matter where you live or who you are). You being a student does not excuse you from not being arrested or probably being answerable to the law,” he said.

He then cited PNP’s limited access inside UP campuses as “obstacle” in conducting a possible case build-up should they monitor drug activities inside the university.

De Vera, meanwhile, expressed willingness to consider “very basic sharing of protocols” and “common training” between the PNP and security officers of UP “so that the standard enforcement of the UP police will be up to par.”

He also claimed that “a lot of media hype” had been attached to issues concerning the academe and the security sector, “generating conflict” between the two in dealing with certain issues.

INQUIRER.net has reached out to UP for its comments on the matter but has yet to receive a response as of posting time. /kga /atm