'Jenny' intensifies into tropical storm; Signal No. 2 up in 3 provinces | Inquirer News

‘Jenny’ intensifies into tropical storm; Signal No. 2 up in 3 provinces 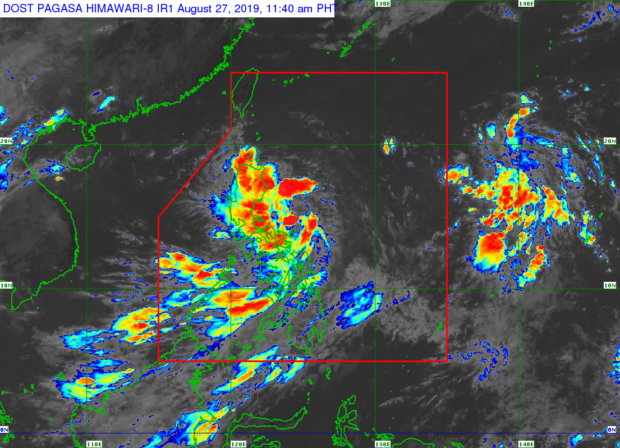 Pagasa added that the tropical storm may make a landfall in Aurora either Tuesday night or early Wednesday.

“Jenny” also packed maximum sustained winds of 65 kilometers per hour (kph), and gustiness of up to 80 kph.

Meanwhile, light to moderate with intermittent heavy rains will affect Metro Manila, the rest of Luzon and Visayas, and the regions of Zamboanga Peninsula, Northern Mindanao, and the Bangsamoro region. /jpv