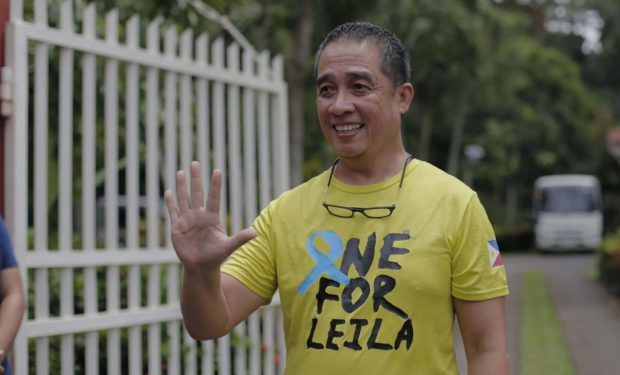 MANILA, Philippines — The family of detained Sen. Leila de Lima has two wishes for her 60th birthday on Tuesday, Aug. 27 — her freedom and vindication.

Vicente, the senator’s brother, continues to defend her sister who has been detained for over two years over her alleged involvement in the illegal drug trade.

“Sen. Leila de Lima continues to pray, as we do, that she would be released because she did nothing wrong as stated in the charges against her,” Vicente, speaking in Filipino, said in an interview over AM radio station DZRH.

“She would also like to say that she continues to love our country,” he added.

Vicente recalled that her sister was in a speaking engagement abroad prior to her arrest in February 2017.

While his sister could have easily sought asylum abroad, Vicente said she opted to return.

“When a blogger asked her about that, this was her answer: ‘It’s because the Philippines is my country. It’s the only one I’ve got. With truth on my side, I fear no one,’” Vicente said.

“That’s how our Sen. Leila de Lima loves our country. She was elected as senator of the Republic of the Philippines, with 14 million voting for her. So she has to serve them,” he added.

Vicente also slammed the resurgence of the “spliced” video showing the senator seemingly admitting giving protection to the drug trade inside the Bilibid during her term as justice secretary.

The video, which has been making the rounds once more on social media, was taken from De Lima’s privilege speech at the Senate about extrajudicial killings on Aug. 2, 2016.

Vicente also sought the approval of Senate Resolution No. 51, which was filed by Senate Minority Leader Franklin M. Drilon and Sen. Panfilo Lacson, to allow De Lima to participate in plenary sessions through teleconferencing.

“Another thing we are praying for, that she is also praying for, is for the resolution to be approved so that she would be allowed bet at Senate plenary and join the debates via teleconferencing. I hope she will be given that opportunity,” he said.