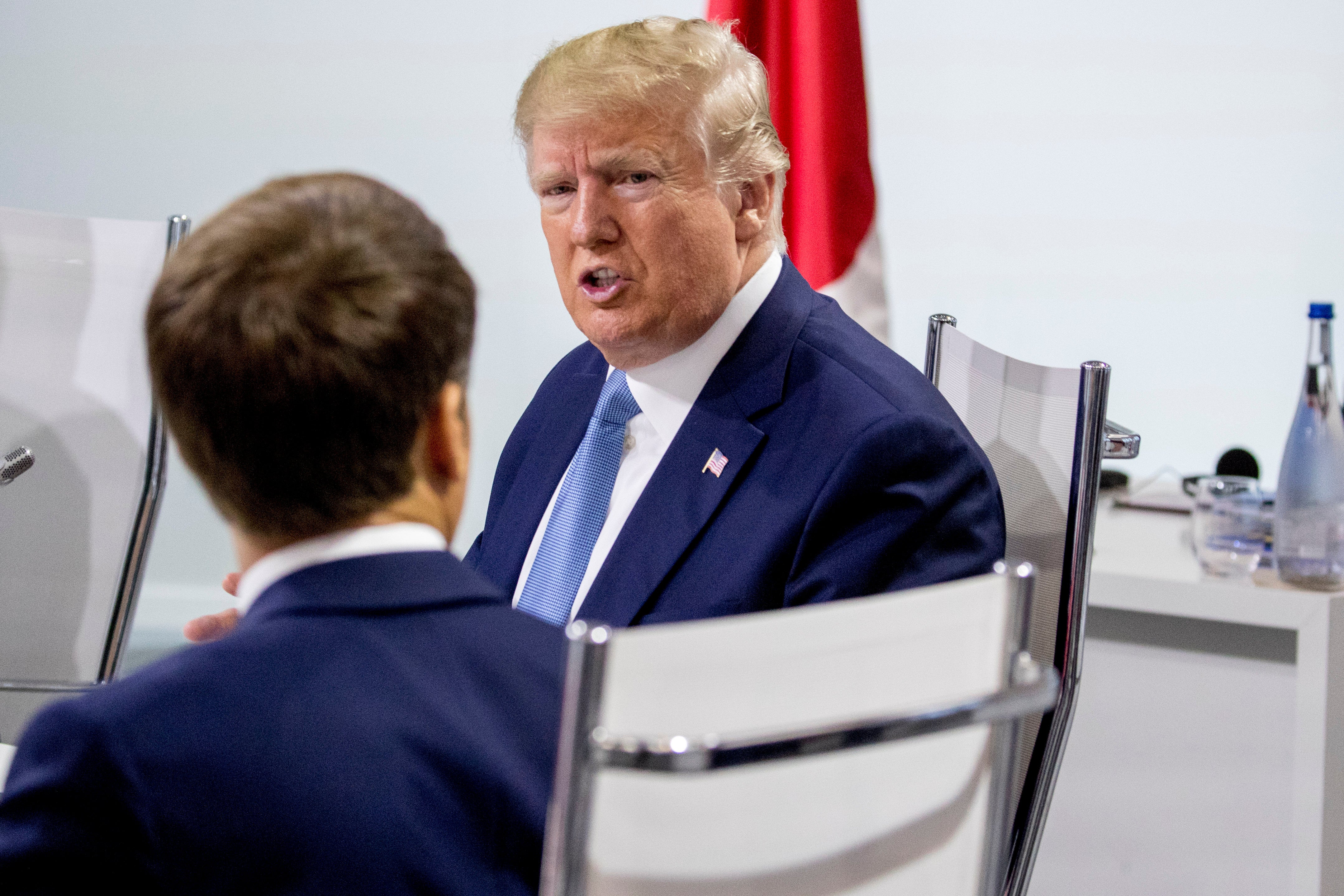 BIARRITZ, France — President Donald Trump signaled regret Sunday for an escalating trade war with China, as he faces a tense reception from world leaders meeting amid mounting anxiety of a global economic slowdown at the Group of Seven summit in France.

Trump is trying to use the conference to rally global leaders to do more to stimulate their economies, as fears rise of a potential slowdown in the U.S. ahead of his reelection. But Trump’s counterparts, including British Prime Minister Boris Johnson are trying to convince him to back off his trade wars with China and other countries, which they see as contributing to the economic weakening.

The meetings come days after President Donald Trump escalated his trade war with China, following China’s announcement Friday that it would slap new tariffs on $75 billion in American goods. Trump responded with more tariffs of his own and issued an extraordinary threat to declare a national emergency in an attempt to force U.S. businesses to cut ties with China.

But Sunday, during a breakfast meeting with Johnson, Trump suggested he has qualms about the spiraling conflict. “Yeah. For sure,” Trump told reporters when asked if he has second thoughts about escalating the trade dispute, adding he has “second thoughts about everything.” But he insisted that “we’re getting along well right now with China.”

Johnson praised Trump for America’s economic performance during the jovial breakfast, their first since his elevation to the prime minister post in July. But he chided Trump on his hardnosed China policy. “Just to register a faint sheep-like note of our view on the trade war,” he told the American leader. “We’re in favor of trade peace.”

Trump told reporters he has “no plans right now” to follow through on his emergency declaration threat, but insisted he would be within his rights to use a 1977 law used to target rogue regimes, terrorists and drug traffickers as the newest weapon in the clash between the world’s largest economies

“If I want, I could declare a national emergency,” Trump said. He cited China’s theft of intellectual property and the large U.S. trade deficit with China, saying “in many ways that’s an emergency.”

Trump then entered the first official summit meeting, initially set to be a discussion of foreign policy and security issues. But White House aides claimed he engineered a late change to the summit schedule, adding economic issues to the agenda.

Trump planned to press leaders about what can be done to spur growth in the U.S. and abroad, as well as to open European, Japanese and Canadian markets to American manufacturers and producers. Trump has imposed or threatened to impose tariffs on all three markets in his pursuit of free, fair and reciprocal trade.

The meeting of the Group of Seven nations — Britain, Canada, France, Germany, Italy, Japan and the U.S. — in the beach resort town of Biarritz comes at one of the most unpredictable moments in Trump’s presidency, when his public comments and decision-making increasingly have seemed erratic and acerbic of late.

Only hours before his arrival in Biarritz Saturday, Trump threatened anew to place tariffs on French wine imports to the U.S. in a spat over France’s digital services tax; the European Union promised to retaliate. That was the backdrop for a late addition to his summit schedule — a two-hour lunch with French President Emmanuel Macron outside the opulent Hotel du Palais.

The summit host said the two men were discussing “a lot of crisis” around the world, including Libya, Iran and Russia, as well as trade policy and climate change. But he also echoed Trump’s calls for Europe to do more to address the global slowdown, including by cutting taxes. “When I look at Europe, especially, we need some new tools to relaunch our economy,” Macron said.

Trump disputed reports Sunday of tensions with other G7 leaders, saying in a Sunday morning tweet that, “The Leaders are getting along very well.”

Many of the summit proceedings will take place largely behind closed doors, in intimate settings designed for the leaders to develop personal relationships with one another. Their first meeting Sunday was at a circular table in a conference room in the opulent Centre de Congrés Bellevue.

The annual G-7 summit has historically been used to highlight common ground among the world’s leading democracies. But in a bid to work around Trump’s impulsiveness, Macron has eschewed plans for a formal joint statement from this gathering.