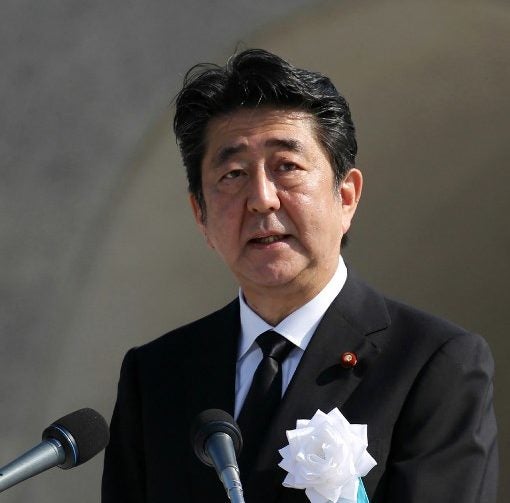 Saturday was his 2,799th day as prime minister, including a year in power that ended in September 2007.

Abe’s term as president of the ruling Liberal Democratic Party expires in September 2021. He is likely to rank with Taro Katsura’s all-time record of 2,886 days in office on Nov. 19 this year.

Since making a comeback as prime minister in 2012, Abe has remained in office for a long time, placing top priority on the economy under his administration.

Some observers said Abe has been able to maintain a long-running premiership because of the existence of “many weak opposition parties” that have failed to show any obvious points of contention, as well as the absence of a potential successor to Abe within the LDP.

“The prime minister has been spearheading efforts for the people and the nation, which has been widely appreciated and led to a long-running administration,” LDP Secretary General Toshihiro Nikai told reporters at the party’s headquarters Friday.

Regarding Abe’s fourth consecutive term as party president, which has been talked about within the party, Nikai said, “We will do our best to support the prime minister if he makes that decision.”

Abe’s first Cabinet from September 2006 was marred by pension record-keeping blunders and scandals among his Cabinet members, which drove him from office after a year.

After the inauguration of his second Cabinet, the prime minister — who pledged to clean up his tarnished image — placed top priority on economic revitalization.

The Cabinet’s approval rating remains high mainly because of his achievements in economic improvement, a mid-ranking LDP member said.

However, Yuichiro Tamaki, the leader of the Democratic Party for the People, made critical comments to reporters in the Diet building on Friday.

“A prime minister who serves for a long time always produces some achievements. But nothing really comes to my mind when thinking about what [Abe] has done,” he said.

However, the opposition parties have not shown a clear point of contention against the LDP, partly because of the split within the former Democratic Party when the 2017 House of Representatives election was held.

Opposition parties failed to form a united front over basic policies such as the Constitution and nuclear energy.

Instead, they put great effort into tenaciously questioning the government and the ruling party over misconduct.

They repeatedly questioned whether bureaucrats acted on what they surmised were the unspoken wishes and intentions of the Prime Minister’s Office over issues involving school operators of Moritomo Gakuen and Kake Educational Institution — which left Abe open to criticism.

Although the Cabinet’s approval rating hovered at a low level for a while, it gradually recovered as the government got high marks for its diplomacy and other policies.

“We were helped by the opposition parties always criticizing Abe as they gave high priority to damaging his image,” an LDP lawmaker and former Cabinet member said.

A person related to the DPFP deplored the situation, saying, “The main contributor to the government being in power so long is the opposition parties.”

Read Next
De Lima’s kin wish freedom, vindication for her 60th birthday
EDITORS' PICK
New strategies urged to improve public transport
Chaos as thousands return to work in Metro Manila
Cherry Mobile teams up with Cloud Panda PH, launches online store
Leveling up your ‘lutong bahay’ with the kitchen companion you never knew you needed
Senate OKs on 3rd reading bill allowing school opening after August
Someone from the Philippines can become $356 Million richer this Tuesday
MOST READ
‘If I had not been SolGen, I will make you eat your words,’ Calida tells Coco Martin
51 percent of German firms holding back investments in PH, but not because of COVID-19
Chaos as thousands return to work in Metro Manila
Duterte certifies as urgent anti-terror bill
Don't miss out on the latest news and information.