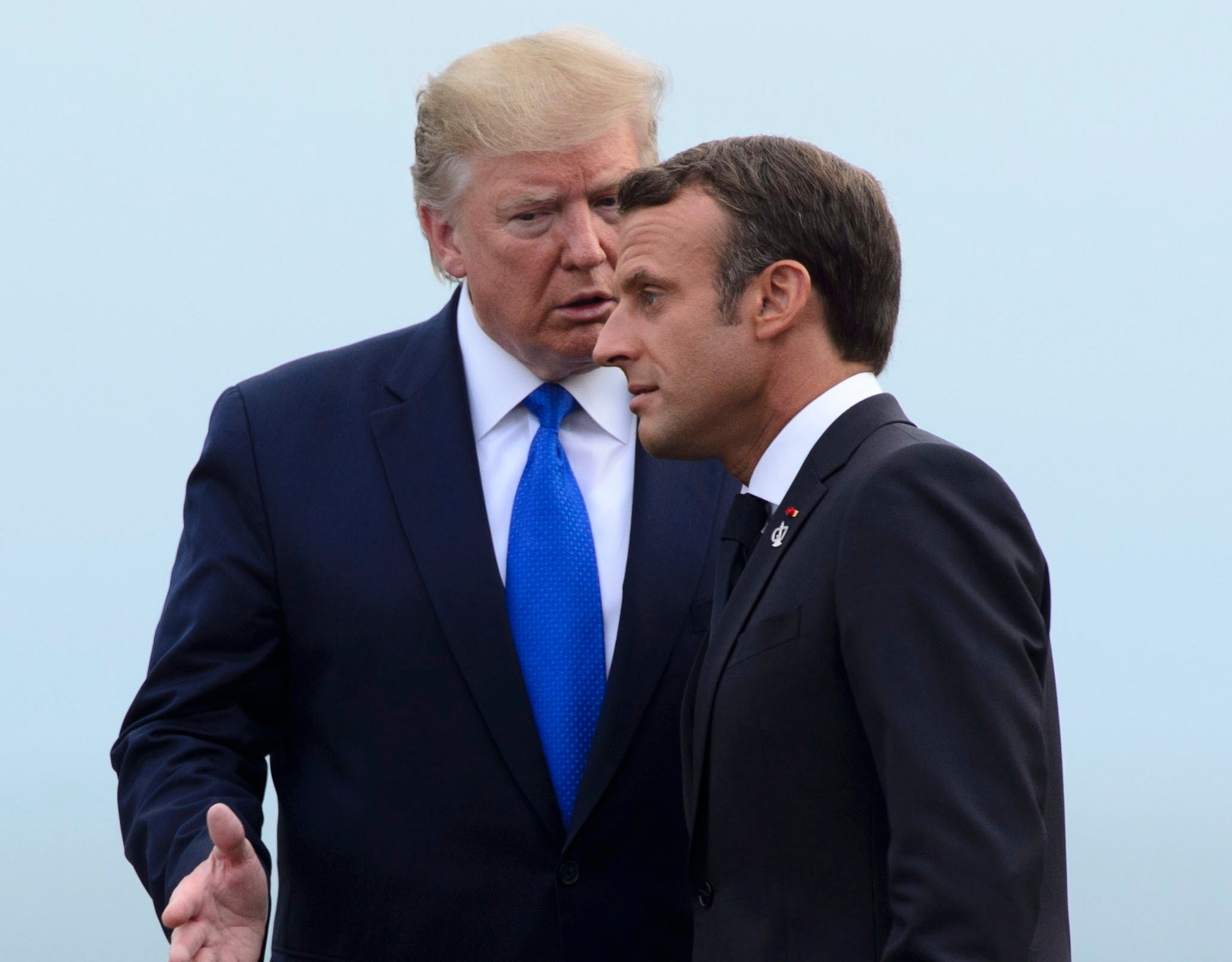 U.S. President Donald Trump, left, is greeted by the President of France Emmanuel Macron as he arrives to the G7 Summit in Biarritz, France, Saturday, Aug. 24, 2019. (Sean Kilpatrick/The Canadian Press via AP)

BIARRITZ, France — President Donald Trump is disputing reports that he faces a tense reception from world leaders at the Group of Seven summit in France.

In a Sunday morning tweet Trump says “the Leaders are getting along very well.”

Trump is trying to use the summit to convince global leaders to do more to address a global economic slowdown, as fears rise it could soon affect the U.S. ahead of his re-election.

But his counterparts, including British Prime Minister Boris Johnson, whom he is set to meet Sunday, are trying to convince him to back off his trade war with China and other countries, which they see as contributing to the economic weakening.

Trump tweets that “our Country, economically, is doing great — the talk of the world!”