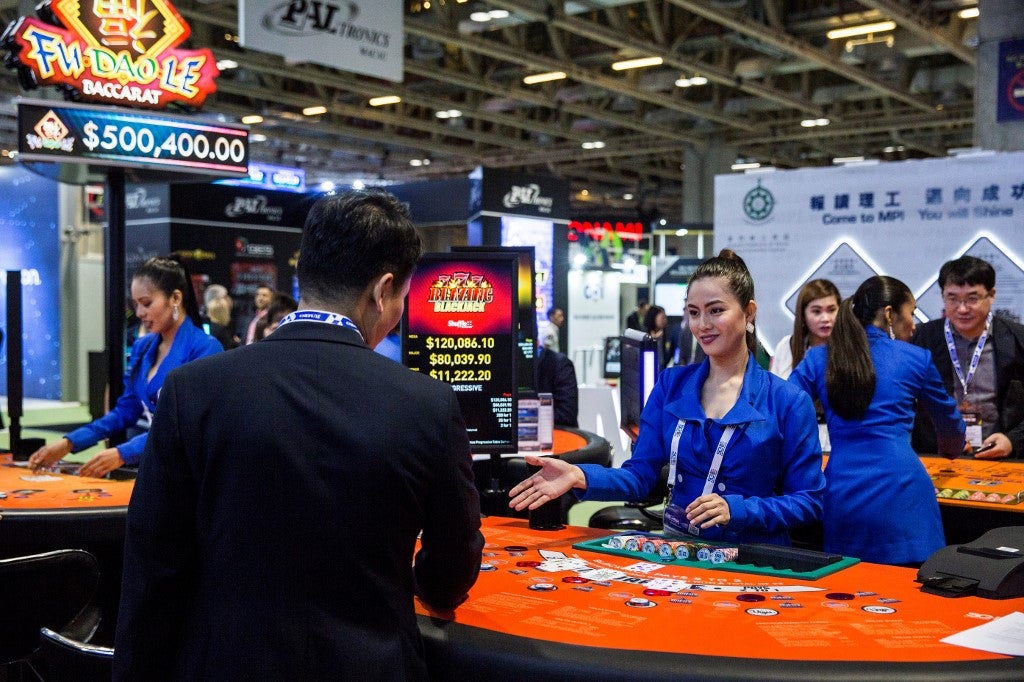 A visitor (L) watches a card dealer demonstrating a game at the Global Gaming Expo in Macau on May 21, 2019. (Photo by Isaac LAWRENCE / AFP)

Ho Iat-seng was picked Sunday to be the next chief executive of the former Portuguese colony in a selection process with no other candidates.

Ho, a pro-establishment businessman and politician, will become the city’s fifth leader since China took control of Macau in 1999 after more than four centuries of Portuguese rule.

He will replace the city’s current leader, Chui Sai-on, whose term expires in December.