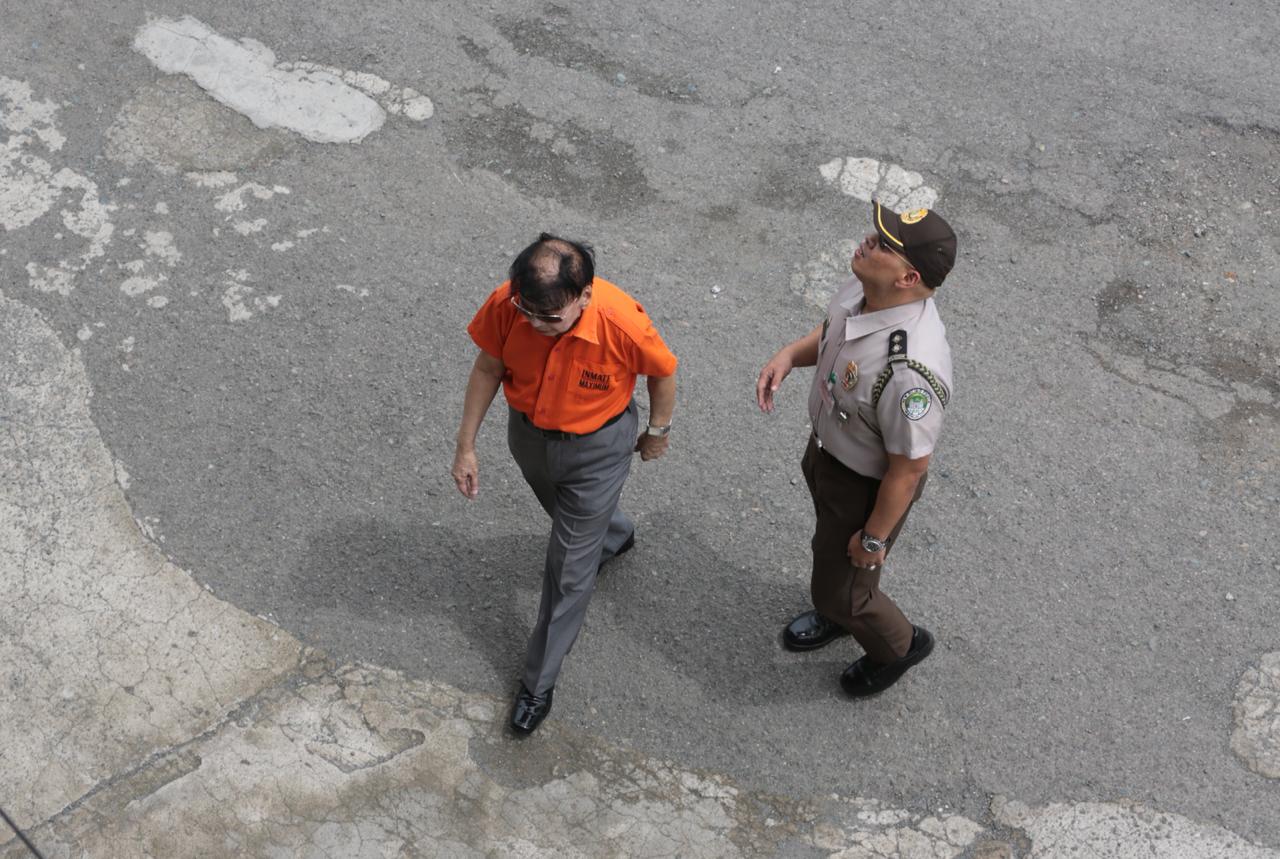 MANILA, Philippines — If government will allow convicted rapist and murderer Antonio Sanchez to walk free because of his “good conduct,” it would become a “mockery of the country’s law and justice system,” Interior Secretary Eduardo Año said Saturday.

This was after Justice Secretary Menardo Guevarra initially announced that Sanchez and over 10,000 other convicts may soon be released because of a law that increased their Good Conduct Time Allowance (GCTA) while serving prison sentences.

The GCTA provides additional time to be deducted from an inmate’s prison sentence as a reward for good behavior.

Año, however, said Sanchez, who was meted out with seven reclusion perpetua (up to 40 years) prison terms, should “serve his entire sentence.”

“Kailangan niyang panagutan hanggang sa huling minuto ang hatol sa kanya. He must serve his entire sentence. Kapag pinalaya natin ‘yan ng maaga, we would have punctured a hole in our own justice system,” Año said in a statement on Saturday.

Days later, the Department of Justice (DOJ) and Bureau of Corrections (BuCor) Director General Nicanor Faeldon clarified that Sanchez, a former mayor of Calauan, Laguna, was not eligible for the benefits of the GCTA and will not be freed soon.

Sanchez was found guilty for the rape and murder of Eileen Sarmenta and the murder of her friend Allan Gomez in 1993. Sarmenta and Gomez were students of the University of the Philippines – Los Baños in Laguna.

“Sanchez committed rape and double murder. He was responsible for the death of two bright university students,” Año said.

With this, Año said the DILG is supporting the DOJ’s stand on not allowing Sanchez to be released from the National Bilibid Prison.

“We support DOJ’s stand on the issue as the law is categorical in excluding recidivists, habitual delinquents, escapees, and persons charged with heinous crimes from the benefits of its coverage,” Año said.   /muf