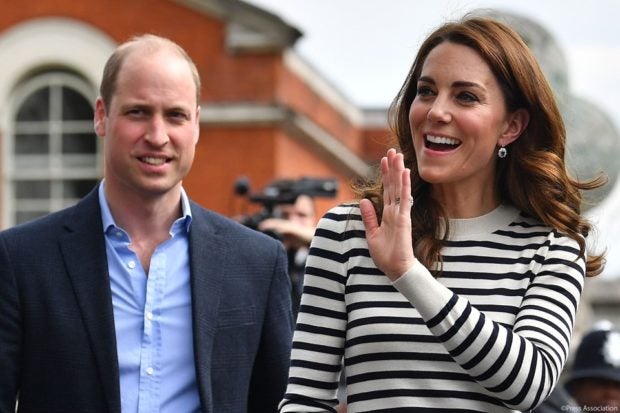 William and Kate opted for a commercial flight on a family trip to Scotland.  \aImage: Facebook/The Royal Family

Prince William and Kate Middleton drew hardly any attention as they took a commercial flight to Scotland yesterday, Aug 22. They are reportedly traveling to the country to stay in Balmoral Castle along with Queen Elizabeth II.

The royal couple took a trip on Thursday morning from Norwich to Aberdeen on British airline FlyBe, which is known for low-cost flights. With them were their three young kids—George, Charlotte and Louis—and nanny Maria Teresa Turrion Borrallo, the Daily Mail reported yesterday.

A FlyBe representative confirmed to E! News yesterday that the Duke and Duchess of Cambridge were on the flight.

A passenger on the plane told the Daily Mail that the family was so discreet that it was only when they were exiting that they roused any attention.

Pictures and a video taken from the tarmac were published on the Daily Mail. They showed William carrying bags, with George clutching on to a bag as he held on to his dad. Kate followed with little Louis in her arms and the nanny by her side. The family was reportedly met by two Range Rovers on the tarmac.

News of the royal family’s budget flight comes after Prince Harry and Meghan Markle were slammed for their reported use of private jets in the past weeks. They have been called “hypocrites” for choosing a less environmentally friendly option of air travel, given that they advocate tackling climate change.

One of these trips was taken to Elton John’s home in Nice, France. John defended the Duke and Duchess of Sussex on Monday, Aug. 19, on Instagram, stating that he had paid for the trip and donated to a charity to offset the carbon footprint of taking a private jet. He said he opted to provide a private jet flight for the couple and their son Archie’s “much-needed protection.”  Niña V. Guno /ra