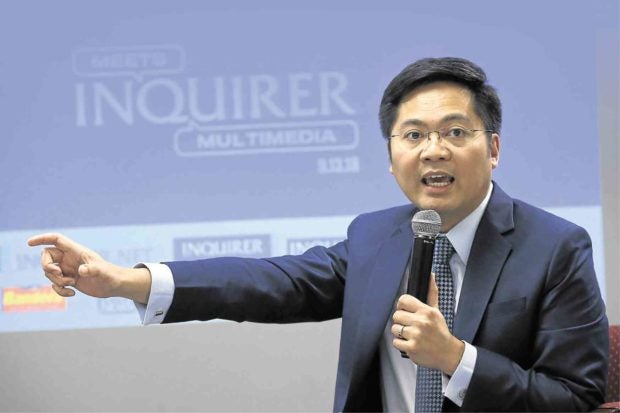 MANILA, Philippines—The government may lift martial law in Mindanao once Congress amended the Human Security Act, which was touted by the Duterte Cabinet as a “long-term” solution to the country’s problems on terrorism and other security concerns, Cabinet Secretary Karlo Nograles said Wednesday.

Speaking at the Kapihan sa Manila Bay, Nograles recounted that amendments to the anti-terrorism law were raised when the government sought the third extension of martial law in Mindanao.

The senior Palace official said lawmakers were asking for a long-term solution to problems pertaining to terrorism in the country and the Security, Justice, and Peace Cabinet Cluster suggested about strengthening the Human Security Act of 2007.

President Rodrigo Duterte has placed Mindanao under martial law since the Marawi City siege in 2017. It has been extended thrice since then and will again lapse on December 31, 2019.

Defense Secretary Delfin Lorenzana recently suggested widening the permissible wiretapping and detention period at a joint hearing of the Senate committees on national defense and security and on finance.

He also wants to increase the detention period of suspected terrorists in custody of authorities under a warrantless arrest from the current 36 hours to up to 60 days.

Interior Secretary Eduardo Año supported the call, adding that terrorism is a coordinated crime that has mounted over time and will require intensified efforts so it can be effectively repelled by the government.

Nograles said the Human Security Act amendment is among the priority measures of the government and will be raised in the Legislative Executive Development Advisory Council (LEDAC) next month. /jpv