An Indian restaurant in Dublin, Ireland has been fined for allegedly refusing to serve an Indian man.

Mayank Bhatnagar, the customer, claimed that last July 2018, he was denied service at the restaurant due to his nationality, as per the Irish Examiner yesterday, Aug. 20.

After the incident, Bhatnagar filed a case before the Workplace Relations Commission (WRC). WRC adjudication officer Marie Flynn ordered restaurant owner Ravi Shukla to pay Bhatnagar €3,000 (P174,000) to compensate him for the distress caused to him due to the refusal of service. 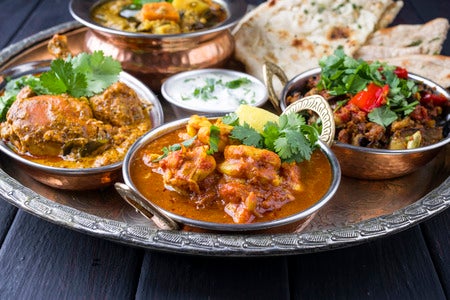 In the case’s hearing, Bhatnagar revealed he visited Ravi’s Kitchen with two colleagues. When they were being given menus, he asked if it would take a while to prepare the food as they had limited time to dine.

He then said the owner of the restaurant, Ravi Shukla, asked if he was Indian. After agreeing to the question, Shukla allegedly said he did not serve Indians and asked Bhatnagar to exit.

Yet, Bhatnagar’s colleagues, who were not Indian, were not refused service by the owner.

When Bhatnagar questioned the owner’s decision, Shukla began to shout at him about how his “family had suffered.” The shouting continued even as Bhatnagar and company were leaving the premises.

No representative from the restaurant was present at the WRC hearing. WRC adjudication officer Marie Flynn said “the respondent was properly on notice of the time, date and location of the adjudication hearing.”

Shukla claims his absence was due to not receiving a notice to appear. He said he intended to appeal against Bhatnagar’s complaint.

He also denied Bhatnagar’s accusation of refusing him service due to his nationality. Shukla then expressed he was from India as well, and has never refused a customer service due to their race.

Instead, Shukla stated he did not serve Bhatnagar because he was “unhappy with how long the lunch would take.” Shukla also claimed that Bhatnagar wanted a buffet and that they did not have one.

Based on Bhatnagar’s evidence and the failure of the accused to present a contrary case, Flynn concluded that he was discriminated against on the race ground contrary to the Equal Status Acts. The said acts “prohibit discrimination in the provision of goods and services, accommodation and education.” Ryan Arcadio/NVG

Restaurant loses over P36,000 in pizzas due to prank call