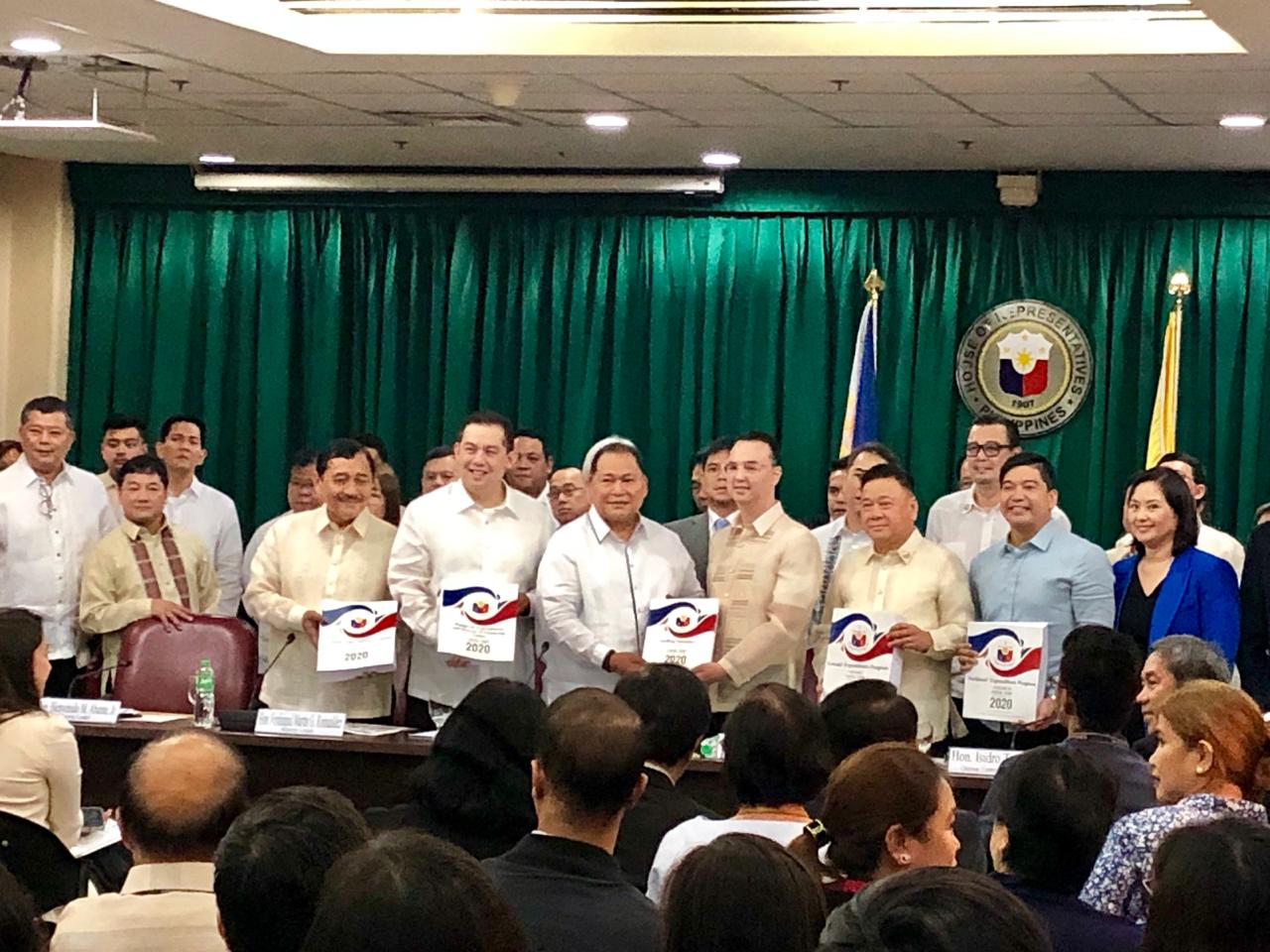 MANILA, Philippines — The House of Representatives received Tuesday the 2020 National Expenditure Program (NEP) from the Department of Budget and Management (DBM), two days before the chamber is set to scrutinize the proposed P4.1-trillion national budget.

DBM Acting Secretary Wendel Avisado submitted the expenditure plan to Speaker Alan Peter Cayetano in a short ceremony attended by other lawmakers at the Batasang Pambansa Complex. Next year’s proposed budget is 12 percent higher than the P3.662 trillion 2019 budget, according to the DBM.

Cayetano and Avisado both vowed that the expenditure plan would be void of any insertion or “parked funds,” an issue the hounded and stalled the passage of the 2019 budget.

Cayetano, for his part, said the House would not tolerate any form of corruption.

“Meaning, may mahuli na ganito ang ginawa o merong scam, the President and the executive department, the Ombudsman will be decisive and the House will cooperate,” he added.

Majority Leader and Leyte Rep. Martin Romualdez, meanwhile, said the House is committed to passing a constitutionally compliant and pork-free national budget for the year 2020.

“We will comply with the Supreme Court ruling that outlawed any form of pork barrel. Definitely, the pork barrel system is a thing of the past,” Romualdez said in a statement.

Committee on appropriations chair and Davao City 3rd District Rep. Isidro Ungab had said the budget hearings will begin Thursday, Aug. 22, and was projected to last until Sept. 29. The House will also approve the spending plan on third and final reading by October 4 before Congress goes on a break.

The draft budget schedule of the House also pegged by December 20, the signing into law of the general appropriations bill by President Rodrigo Duterte, which is far from the delayed passage of the budget for the 2019 fiscal year.

On Thursday, the Development Budget Coordination Committee (DBCC) is expected to hold a briefing to kick-off the budget deliberations in the lower House. The DBCC is the interagency body that determines the overall economic targets, expenditure levels and budget of the government. It is composed of the DBM, the National Economic and Development Authority, the Department of Finance, the Bangko Sentral ng Pilipinas.

The Department of Education will continue to receive the biggest chunk of funding under the 2020 NEP, with a proposed P673 billion budget. This is consistent with the Constitution’s mandate for the government to assign the highest budgetary priority to education.

The proposed 2020 national budget, the DBM said, is focused on funding first-year implementation of recent landmark and priority programs of the Duterte administration.

Included among these is the Build, Build, Build program which got an allocation of P972.5 billion under the spending plan. The roll-out of the Universal Health Care Law and the Pantawid Pamilyang Pilipino Program were also prioritized with P166.5 billion and P108.8 billion proposed funding, respectively.  /muf 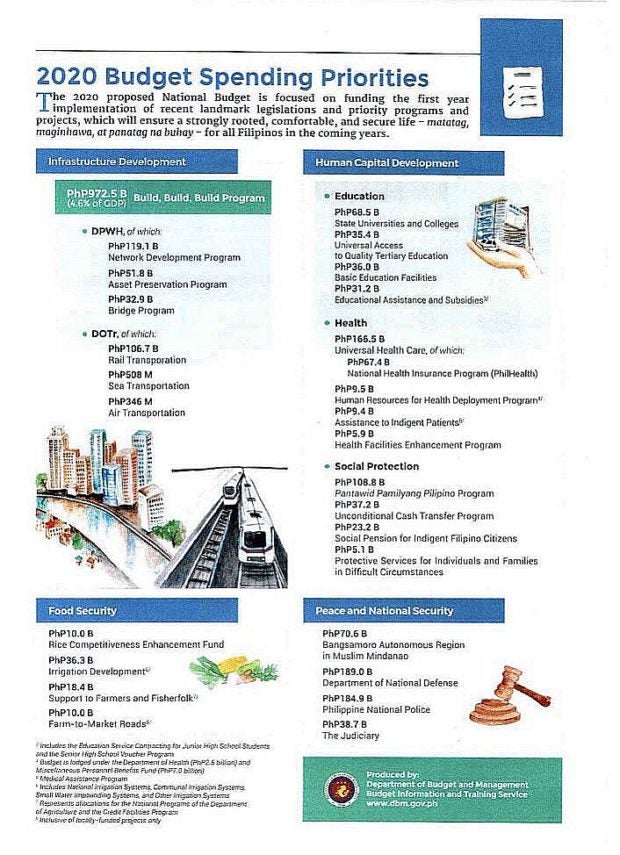