Amid graft complaint, Acosta says she has no disallowance notice from COA 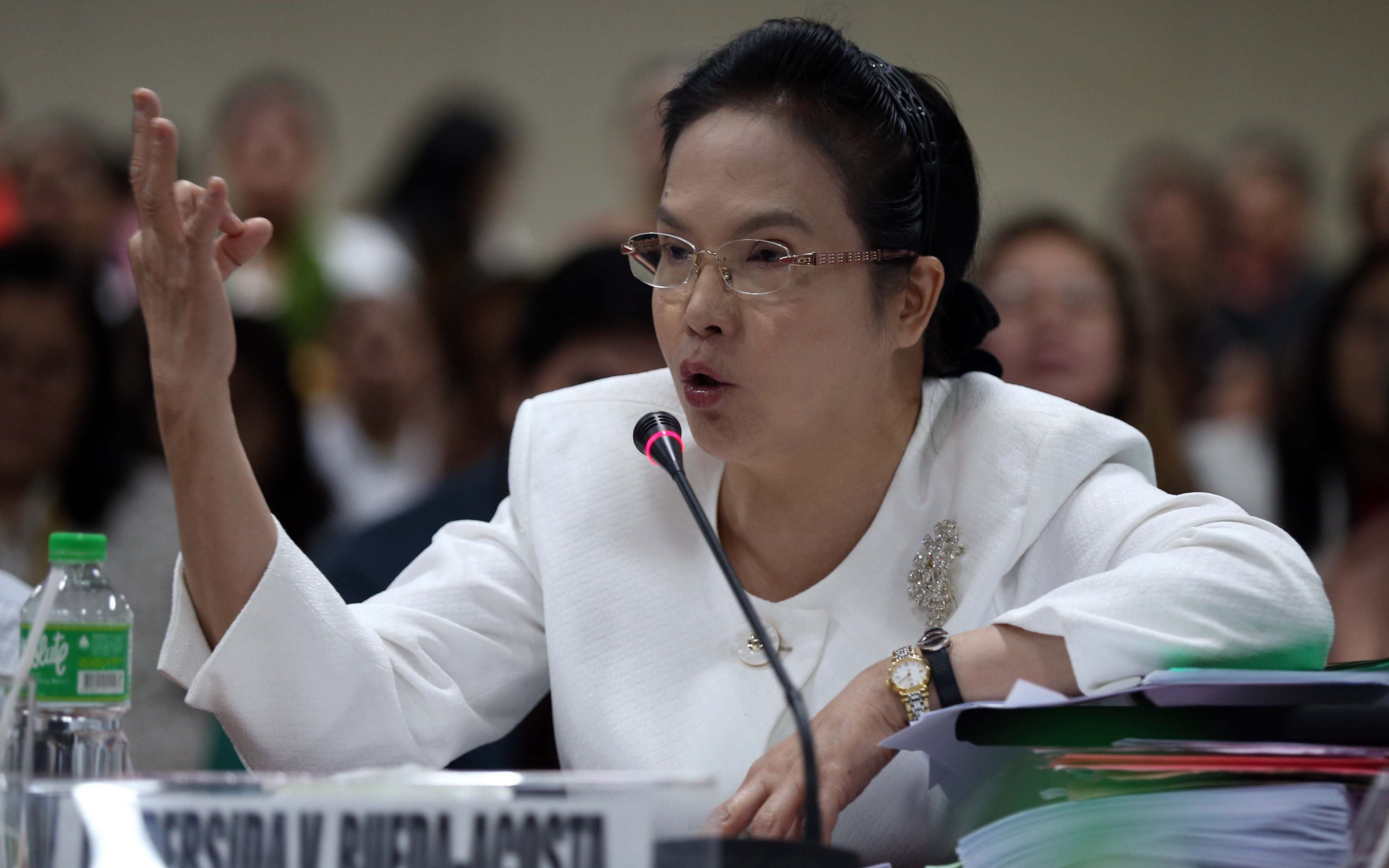 MANILA, Philippines – Public Attorney’s Office (PAO) chief Persida Acosta has claimed that the Commission on Audit (COA) did not issue a notice of disallowance for her office, amid allegations that she and other officials misused public funds.

In Acosta’s official comment to the graft case against her filed by lawyer Wilfredo Garrido Jr. at the Office of the Ombudsman, she refuted claims that COA flagged PAO for higher office supplies expenditures.

“The fact that the undersigned never misused public funds is properly documented by the Certification dated April 24, 2019 issued by State Auditor Santiago R. Aquino, Jr., Audit Team Leader of the PAO,” she said in her comment last May 2, which was against a motion to preventively suspend her.

“The latter certified that based on the records of their office, ‘Dr. Persida V. Rueda-Acosta, DSD, Chief, Public Attorney’s Office, […] has no notice of disallowance as of April 24, 2019’,” she added.

Just recently, an anonymous group who claims to be PAO lawyers employed with Salary Grades 26 and higher asked the Ombudsman to suspend Acosta. They claimed that Acosta used to the Dengvaxia scare to defraud government.

In an August 15 report by the Philippine Daily Inquirer, COA supposedly called out PAO for purchasing around P13.1 million worth of office supplies, which was outside of its allocation.

PAO reasoned that the excess purchases were meant to address additional work created by the Dengvaxia fiasco.  However, a source told the Inquirer that the funds were not used to buy supplies.

Dengvaxia, the world’s first dengue vaccine, was withdrawn by maker Sanofi Pasteur after studies revealed that it could have adverse effects on seronegative patients, or those who have not contracted the dengue virus prior to vaccination.

Acosta, along with co-accused PAO forensic expert Dr. Erwin Erfe, claimed that Dengvaxia was the cause of over 100 deaths.  Erfe in particular said that there was a pattern among the deceased patients — all of them experienced internal bleeding, enlarged organs, and bleeding from the brain.

To answer the allegations, over 100 PAO lawyers wrote a manifestation a day after the anonymous document, insisting they never called for Acosta and Erfe’s suspension.  They also added that these were mere efforts to discredit their office and job.

Aside from that issue, Acosta in her comment also answered claims that Erfe has been rendering services to PAO’s forensic office even if he was in holding a plantilla position.

“To highlight that the complaint is bogus, the complainant herein falsely asserts to the effect that Atty. Erwin P. Erfe, M.D. conducts forensic services as a plantilla employee of PAO,” Acosta said.

“In truth, he has been publicly known as PAO forensic consultant since 1 December 2004, which is for more than 14 years now. Definitely, he is not an organic part of PAO,” she added.

Last August 16, Ombudsman Samuel Martires assured that they would be probing the corruption allegations against Acosta and Erfe, based on the evidence presented by both parties.

“The corruption allegations against the high-ranking PAO officials will be judiciously scrutinized and the cases shall be resolved solely on the basis of the evidence presented by the parties,” Martires said in a statement sent by the Office of the Ombudsman. /je