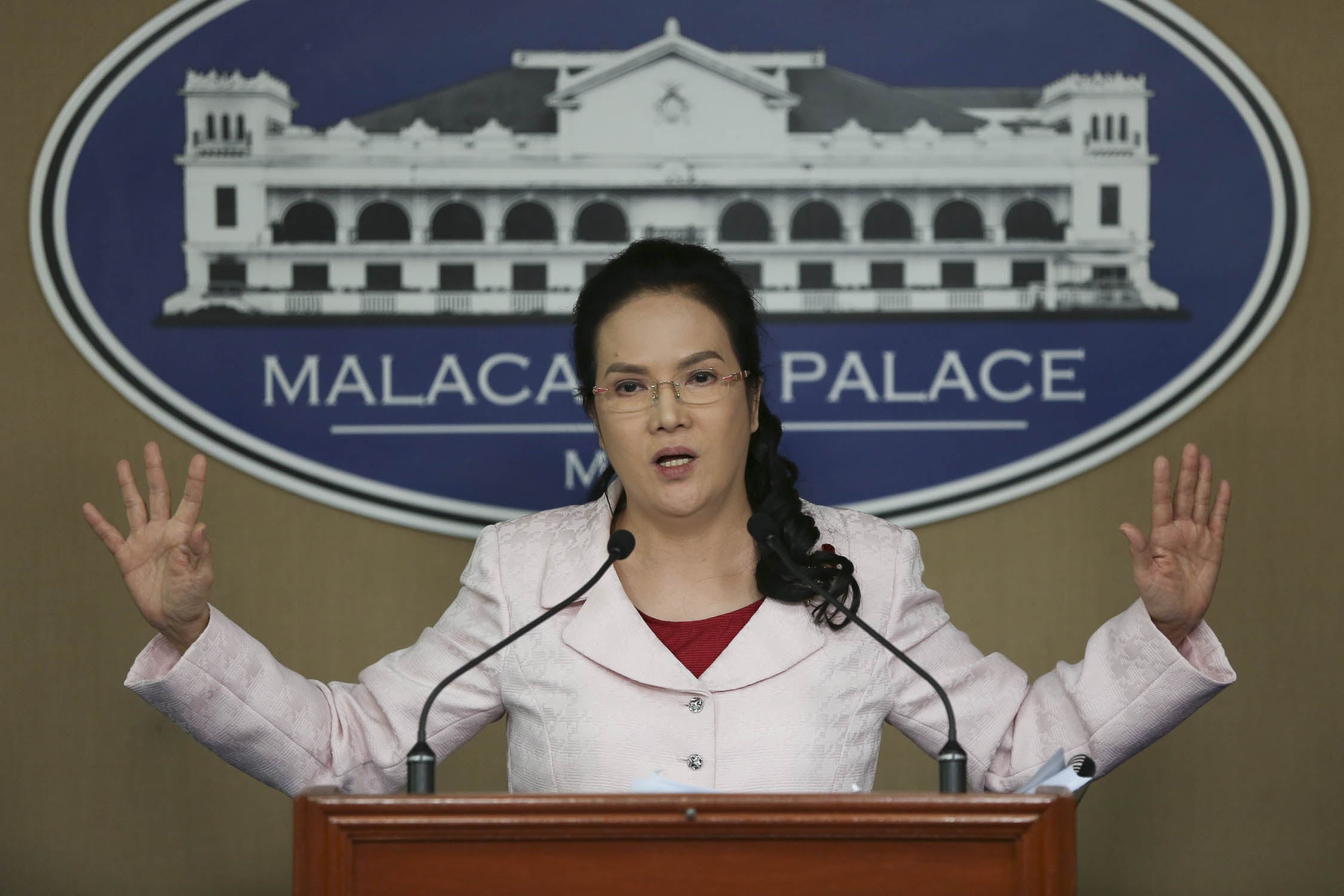 In a statement submitted to the Office of the Ombudsman, a copy of which was obtained by the Inquirer, the lawyers — PAO employees with Salary Grade 26 and higher — claimed that Acosta and her allies in the financial and management service had a “systematic scheme” for defrauding the government by doctoring purchase orders to make agency funds available to Acosta.

The lawyers did not identify themselves in the statement for fear of reprisal.

But they said Acosta should be immediately suspended.

The statement was filed in intervention in an earlier graft complaint filed by Wilfredo Garrido Jr. against Acosta.

“Despite the pendency of the instant complaint filed by complainant Garrido, respondents Acosta and Erfe, through their cohorts in Financial Planning and Management Service, have a systematic scheme in covering traces of their capricious, illegal and corrupt practices especially relating to the disbursements and allocation of the PAO budget,” the lawyers said.

Acosta denied the lawyers’ accusations. She told the Inquirer by phone that she had not received a copy of the statement, but she believed it was part of a smear campaign.

“They are just trying to destroy my reputation. And if it is anonymous, if there is no signature, that is just a malicious scrap of paper,” she said.

She added that there had been several complaints against her, but she had not been ordered suspended by the Ombudsman.

“We are just trying to help victims and this is just some media blitz,” Acosta said.

Erfe had not responded to the Inquirer’s request for comment as of Wednesday night.

The filing of a statement in intervention is allowed under the Rules of Court.

The Ombudsman can entertain complaints sent anonymously, according to information on its website.

But its rules state that a complaint that does not disclose the identity of the complainant “will be acted upon only if it merits appropriate consideration, or contains sufficient leads or particulars to enable the taking of further action.”

According to the statement, the intervenors are current employees in the PAO central office, particularly on the executive support staff, field operations and statistics office and legal research service.

Ombudsman Samuel Martires said his agency would “look into the truthfulness and veracity” of the complaint.

“There are some anonymous complaints that have attachments that guide us [in our investigation]. If there are none, of course it will be much harder. But we will still look into these,” Martires said.

Asked about the progress of the graft complaint filed against Acosta, Martires said it had not yet reached his desk.

In his complaint filed in May, Garrido said Acosta and Erfe created the PAO forensic laboratory without authorization from Congress.

But in the statement filed in intervention, the PAO lawyers alleged that Acosta and Erfe just established the forensic laboratory without authorization from Congress.

They accused Acosta of “entrenched” corruption at the agency, since she had allegedly placed loyal staffers in the finance service.

“Respondent Acosta has two loyal certified public accountants, Lira Hosea Suangco and Maerick Sales, at her disposal. Suangco and Sales are cousins … and they also belong to the same religion as respondent Acosta, which is the Iglesia ng Dios kay Cristo Jesus, Haligi at Suhay ng Katotohanan,” the lawyers said.

According to the lawyers, Suangco and Sales, as well as the officer in charge of finance, Alma Latosa, are “fiercely loyal” to Acosta, and that they have a system that funnels PAO funds directly to the agency chief.

Suangco is allegedly in charge of maintaining and monitoring PAO supplies.

“At the behest of respondent Acosta, Suangco prepared purchase orders for additional office supplies in 2018, despite having an overstock in 2017,” the lawyers said, adding that Sales would certify that funds were available for the purchase orders, and Latosa would automatically approve the release of the budget.

“When the funds were released, it was immediately surrendered to respondent Acosta. The funds that were intended for the purchase of office supplies were never used for its intended purpose,” the lawyers said.

In July, the Commission on Audit (COA) called out the PAO over some P13.1 million in excess office supplies that it allegedly purchased in excess of its allocation.

But the PAO told the audit body that due to “the influx of Dengvaxia cases,” office supplies must readily be available for use.

A separate source, however, informed the Inquirer that the funds were not actually used to buy supplies.

The same source, who is familiar with the workings of the PAO but refused to be identified, said the lawyers who filed the statement were part of Acosta’s  circle.

“Two of the lawyers who are part of those who filed the manifestation sit in the meetings where Acosta talks about how she will easily beat the graft charges,” the source said

The lawyers also said in their statement that Acosta had “pirated” one Marylin Balbin, a former auditor with the COA.

Balbin was allegedly hired because of her connections, and she now serves as the “middle person” between the PAO and the COA, the lawyers said.

They also said Acosta “ambulance chases” families of children who had died after receiving the dengue vaccine Dengvaxia, coercing them to seek the PAO’s help in pursuing their cases.

The lawyers said Acosta went as far as giving the families a sample letter soliciting PAO services, which they were then instructed to copy on pad paper for “authenticity.”

Acosta and Erfe also used PAO funds to purchase tarpaulin, T-shirts and coffins that the parents used in rallies, the lawyers said.

The lawyers sought the immediate preventive suspension of the two officials to prevent them from destroying evidence of their alleged corruption.