Ombudsman to look into corruption claims vs PAO’s Acosta, Erfe 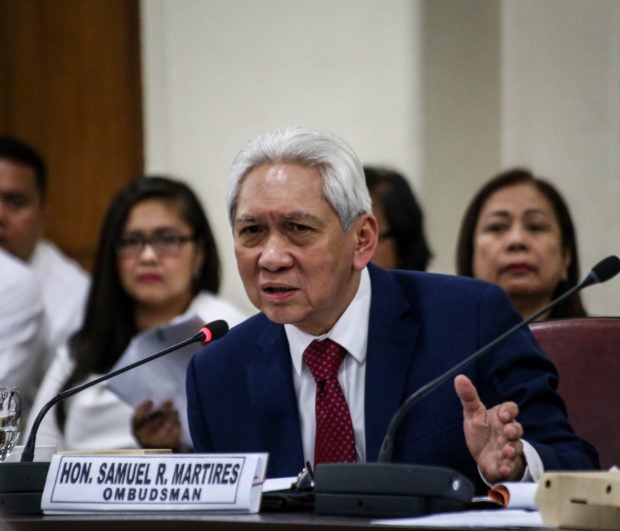 “The corruption allegations against the high-ranking PAO officials will be judiciously scrutinized and the cases shall be resolved solely on the basis of the evidence presented by the parties,” Martires said in a statement sent by the Office of the Ombudsman on Friday.

According to the Office of the Ombudsman, it is currently in the process of conducting preliminary investigation against Acosta and Erfe in relation to graft complaints filed by a certain Wilfredo Garrido Jr. on April 11, 2019.

Acosta and Erfe are facing charges for supposedly violating Section 3 of Republic Act 3019 or the Anti Graft and Corrupt Practices Act.  They were accused of using the Dengvaxia issue to justify an increase in expenditures for office supplies.

Other charges against the two include falsification, malversation, administrative charges for grave misconduct, serious dishonesty, grave abuse of authority, and conduct prejudicial to the best interests of the service.

“It will be recalled that after the complaints filed by Wilfredo Garrido Jr. were evaluated and docketed on 11 April 2019, the Office of the Ombudsman immediately issued an order a day after, or on 12 April 2019, directing the respondents to file their respective counter-affidavits,” the office said.

On Wednesday, a group of anonymous lawyers claiming to be working for PAO submitted a manifesto asking the Ombudsman to issue suspension orders against the two.

Acosta led the investigations against the alleged deaths caused by Dengvaxia, a dengue vaccine pulled out by pharmaceutical giant Sanofi Pasteur due to adverse effects on seronegative patients, or those who have not contracted the dengue virus prior to vaccination.

Erfe meanwhile concluded that a pattern was seen among the dead patients — they were all vaccinated with Dengvaxia, showed signs of internal bleeding and brain swelling, and all suffered from a severe form of dengue.

A day after, however, over 80 PAO lawyers signed a letter denying they wrote any manifestation, and that these were merely “fake news.”  They also implied that the anonymous lawyers were on a smear campaign, aimed at discrediting PAO. /jpv