Woman who dumped 7 puppies in garbage can sentenced to jail 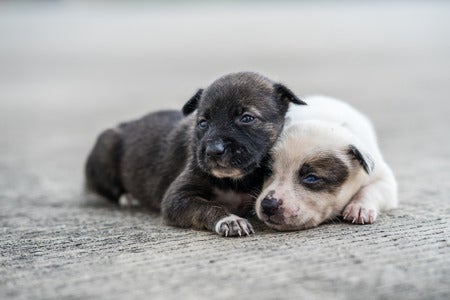 A woman will be serving jail time following an incident that saw her abandon seven puppies in a dumpster in California, United States.

Debora Sue Culwell was sentenced to 365 days in jail after pleading guilty to all counts related to the case last Wednesday, Aug. 14, as per USA Today-affiliate The Desert Sun on the same day.

Of the 365 days, 90 of them will be under a work release. In addition to her jail time, she will also be placed on seven years of probation. She is not allowed to own any animals during this period.

Culwell’s trouble with the law began on April 22 when she was arrested for leaving the animals in a garbage can back in April 18. As per report, security footage obtained by authorities showed her disposing of a sealed bag in a dumpster.

A passerby then found that the bag contained seven puppies. The man turned the animals over to authorities. The puppies were brought to a rescue home for treatment, but one of them had died after a week.

According to the report, police later discovered 38 more dogs in Culwell’s home. After she relinquished ownership of them, majority of the animals were turned over to area rescue groups. Ryan Arcadio/JB