A man has been sentenced to serve jail time following an incident that saw him throw an iguana at a restaurant employee in Ohio, USA, last April.

Arnold Teeter was sentenced to 90 days in jail after pleading guilty to charges of animal cruelty last Thursday, Aug. 8, as per ABC-affiliate News 5 Cleveland on the same day. 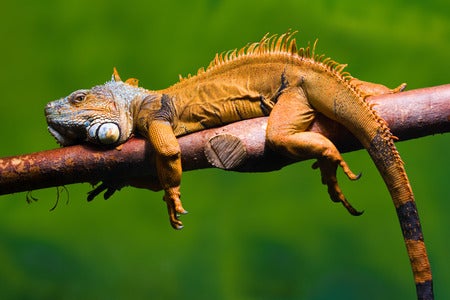 Teeter’s trouble with the law began last April 16 when he swung an iguana across a room, which hit a staff member of a restaurant. He was arrested the day after on charges of animal cruelty.

The animal needed medical treatment after the incident. It was treated for a broken leg, metabolic bone disease and poor body condition.

According to the report, 77 days out of his 90-day sentence have been suspended.

In addition to serving time in prison, Teeter has also been placed on probation for five years. During this period, he is not allowed to own or reside with an animal.  Ryan Arcadio /ra

More than 50 iguanas seized from Filipino at Naia 2