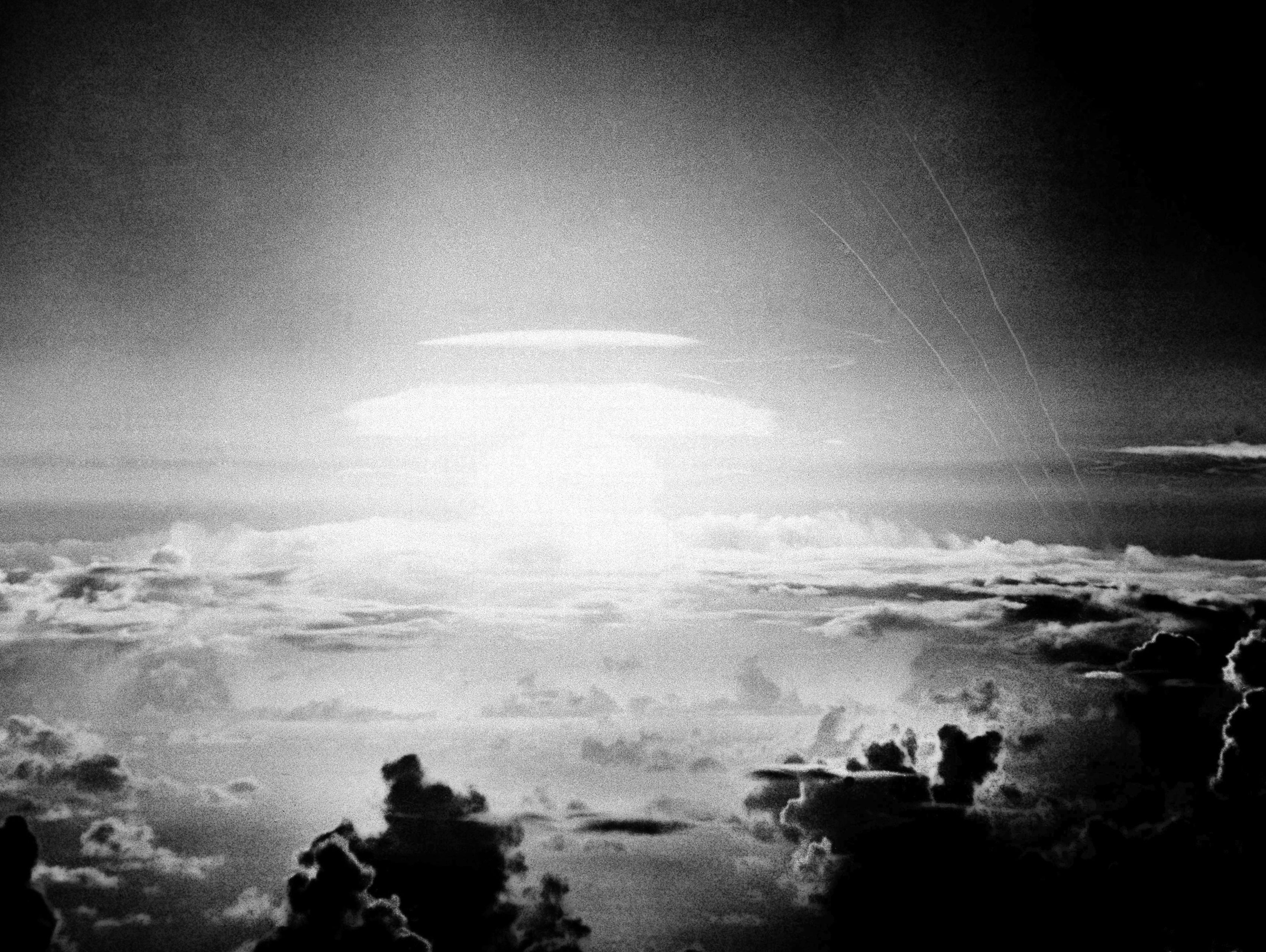 FILE – In this May 21, 1956, file photo, the fireball of a hydrogen bomb lights the Pacific sky a few seconds after the bomb was released over Bikini Atoll. A Texas-based company is facing criticism for naming a beer after the location of nuclear tests that resulted in the contamination of a Pacific island chain, a report said. Manhattan Project Beer Company is under scrutiny by Marshall Islanders who were exposed to high levels of radiation by U.S. government research from 1946 to 1958, The Pacific Daily News reported Thursday, Aug. 15, 2019. (AP Photo, File)

HAGATNA, Guam  — A Texas-based company is facing criticism for naming a beer after the location of nuclear tests that resulted in the contamination of a Pacific island chain, a report said.

Manhattan Project Beer Company is under scrutiny by Marshall Islanders who were exposed to high levels of radiation by U.S. government research from 1946 to 1958, The Pacific Daily News reported Thursday.

The government and residents of the Republic of the Marshall Islands have objected to the company’s beer named Bikini Atoll, an area of the island chain that remains uninhabitable.

The name is insensitive to people still dealing with the impacts of radiation decades later, islanders said.

The company has several beers with nuclear-themed names including Half-life, Plutonium-239, Particles Collide, and 10 Nanoseconds.

“Our beer named Bikini Atoll was not created to mock or trivialize the nuclear testing that took place in the Marshall Islands,” the company said in a social media post. The company is “creating awareness of the wider impacts and implications” of U.S. nuclear research programs, the statement said.

The company’s website does not mention nuclear testing in a description of Bikini Atoll beer.

Following what it described as “significant harassment and death threats” the company said it will take no further action or make additional statements.

“The bottom line is your product makes fun of a horrific situation here in the Marshall Islands — a situation that I promise you is still ongoing — to make money for your company,” Niedenthal wrote. “This is unacceptable to us.”

The beer is not the first commercial product named after the atoll.

In 1946, French designer Louise Reard named his two-piece swimsuit the bikini, four days after the U.S. detonated the first bomb at the atoll in 1946. The popular animated television series “SpongeBob SquarePants” was set in “Bikini Bottom.”

Many people in the Marshall Islands don’t know about either connection.

Ariana Tibon, education and public awareness coordinator for the National Nuclear Commission, told The Associated Press that no one wears bikinis in the Marshall Islands where it goes against customs and culture to show too much skin. She said most people wear basketball shorts and a T-shirt to the beach.

Rachel Hoffman, a Marshallese woman who grew up in Washington state, said she was hurt and offended to learn the cartoon’s mutated marine creatures represented Bikini when Marshallese women exposed to the radiation had children with birth defects or were unable to bear children.

Various the commercial uses of Bikini were “really depressing,” Hoffman told the AP. But she said she wants to “utilize our voices and make it known to the public that this is wrong.”  /muf