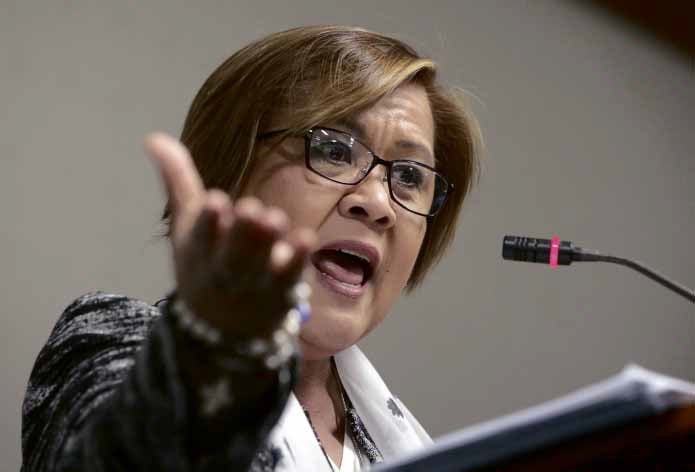 MANILA, Philippines — Senator Leila De Lima on Saturday denied Jose Adrian Dera or “Jad” was her nephew as she dismissed his claim of delivering money to her from Bilibid inmates a “grand work of fiction.”

“For the nth time, I declare that this Jose Adrian Dera, the recently arrested co-accused in one of my three drug cases, is not at all related to me,” De Lima said in a statement, adding he is not her nephew or  an “alalay.”

“This story about his alleged delivery of money to me from Bilibid inmates is but another grand work of fiction. A never-ending tale of lies…,” she said.

The National Bureau of Investigation (NBI) arrested Dera on Friday morning in  Angeles, Pampanga in connection with a drug charge that both he and De Lima are currently facing.

Dera’s lawyer, Atty. Raymond Palad, said that his client would be brought to the NBI Headquarters in Manila.

De Lima has been detained for more than two years after being accused by President Rodrigo Duterte of involvement in illegal drugs, a crime she has vehemently denied. A former human rights commission chief, De Lima investigated Duterte’s alleged role in extrajudicial killings in an anti-drug crackdown when he served as mayor of Davao City for years. With AP 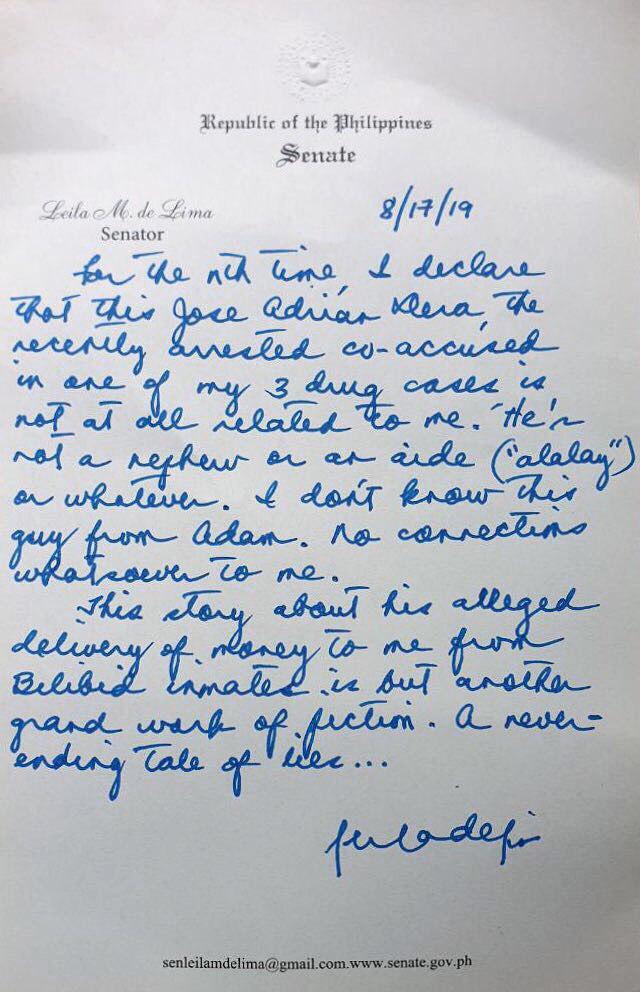