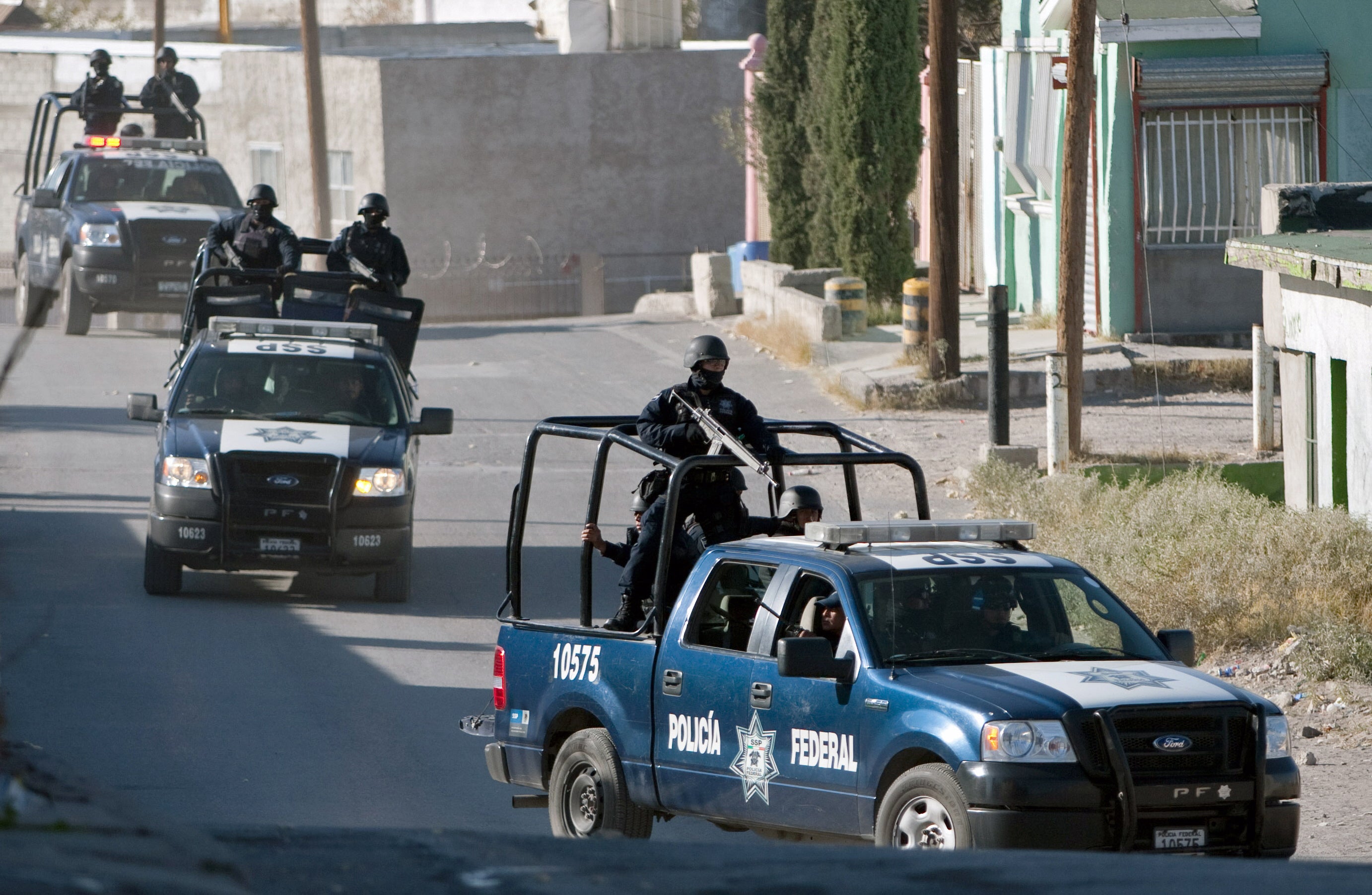 Members of the Federal Police arrive at the crime scene after three members of the Municipal Police were killed in Ciudad Juarez, Mexico in this December 2010 file photo.  In Chihuahua, state police detained 15 local police officers for allegedly trying to prevent a raid on local gangs. (AFP)

A Chihuahua state police statement said officers from the force in the mountain township of Madera drove up in three pickup trucks marked with police logos Thursday and parked their vehicles across the road to block state police and the soldiers accompanying them.

The statement said a man who identified himself as the Madera police commander got out and pointed a gun at the state officers, ordering them to leave.

The 15 local police were then arrested on charges of obstructing justice. Authorities said they all had assault rifles and pistols.

Local police in Mexico are often paid off by drug gangs.

Also on Friday, state prosecutors said they had captured the companion of Francisco Arvizu, alias “The Jaguar,” a local leader for the Sinaloa Cartel, in Madera.

Prosecutors said the woman, who they identified under privacy protection rules only as “Magdalena,” was driving a stolen SUV loaded with 70 pounds (32 kilograms) of marijuana. The SUV had been reported stolen in Phoenix, Arizona, in 2018.

The arrest is significant because the Ciudad Juarez-based New Juarez cartel hung banners from overpasses earlier this year accusing state officials of protecting the Sinaloa cartel and Arvizu.